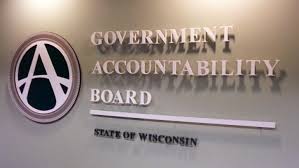 [Madison, Wis…] The long-running state Department of Justice investigation into leaked court-sealed documents from Wisconsin’s infamous John Doe investigation appears to be focusing on employees at the state Ethics Commission.

It remains unclear, however, whether Attorney General Brad Schimel is ready to file charges in the case he launched nearly seven months ago.

While the DOJ has been silent on the status of the case, MacIver News Service has learned the state has retained outside legal counsel to represent the Ethics Commission in connection with the agency’s probe into the “unauthorized disclosure” in September of court documents to the British publication The Guardian.

The state will pay Hall’s professional legal services at a blended rate of $175 an hour.

In December, the DOJ opened an investigation into the leak of 1,300-plus pages of John Doe-related court documents, published in September by liberal British publication, The Guardian. The printed story, picked up by mainstream publications nationally, amped up the “John Doe II” prosecutors’ widely rejected investigation into alleged illegal campaign coordination between Walker’s campaign and conservative allies during Wisconsin’s bitter recall season.

There’s been little reported movement in the probe since February, when, according to the Milwaukee Journal Sentinel, the DOJ seized materials from the state Ethics Commission.

The Wisconsin Supreme Court two years ago this month declared unconstitutional the politically charged investigation, launched by highly partisan Democrat Milwaukee County District Attorney John Chisholm and carried out by his prosecutors, the GAB and the agency’s hand-picked special prosecutor, Francis Schmitz. The 4-2 decision found that Schmitz’s position was invalid and that the special prosecutor had perpetrated a “perfect storm of wrongs” against innocent citizens whose First Amendment rights were trampled during the multi-year John Doe investigation.

“The records include handwritten notes on the motion of an unnamed movant (one of dozens of conservatives targeted in the probe), as well as an unsigned draft of an affidavit from John Doe special prosecutor Francis Schmitz,” the publication reported.
Sources with knowledge of the leak have said there is other actionable intelligence – the time zone, date and exact time these documents were scanned. And the information includes the make and model of the copier used to scan them.