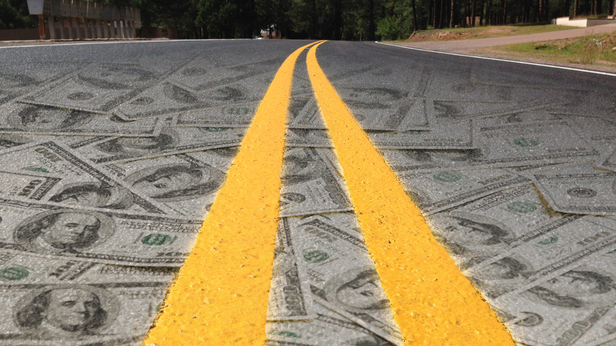 The ground should’ve shifted beneath Madison recently when the latest Marquette University Law Poll found most Wisconsinites aren’t nearly as concerned as many have long claimed about the issue of transportation, the debate that’s plagued the state Capitol and budget process for months.

Marquette’s poll, conducted at the end of June, found that a mere 23 percent of respondents identified transportation as their top priority. More Wisconsinites identified healthcare (25 percent) and K-12 education (37 percent) as their number one concerns.

When given the chance to list their top two priorities, just 42 percent of respondents in the Marquette Poll included transportation, again trailing K-12 education (63 percent) and healthcare (52 percent).

In other words, transportation isn’t that hot a topic outside the beltline, and even those who say it’s their most important issue are squishy when asked to put their money where their mouth is.

Proponents of increased revenue point to a different, privately-financed poll conducted in late May to early June by Public Opinion Strategies as evidence they’re on the right side of public opinion. That poll found that 76 percent would pay $4 more a month “if it meant creating an immediate solution to fix Wisconsin’s roads,” according to a Transportation Development Association press release, which commissioned the poll.

The poll leads respondents to a desired answer by implying a measly $4 a month in higher taxes would instantly result in every single road in the state being transformed into pristine condition. It’s very easy to respond yes to that question, but fixing state’s transportation morass isn’t nearly that simplistic.

The TDA poll also found that voters oppose increased borrowing for transportation. But Governor Walker’s budget actually decreases road bonding to $500 million, down from $850 million in the last budget and the lowest level of bonding since the 2001-03 budget. Walker also recently offered to cut bonding to $300 million – an offer rejected by Assembly leadership.

The “revenue enhancement” crowd loves to compare transportation bonding to putting road work on the credit card, but a better comparison is buying a home. While it would be ideal to buy a house with cash, only a select few can cut a check that big.

It’s simply not reasonable to think the state can or should pay for a billion-dollar interchange project in cash.

Speaking of billion-dollar road projects, respondents to the TDA poll also oppose delaying southeast mega projects. That’s not surprising – reasonable people oppose delays in roadwork because every motorist has sat in a traffic jam surrounded by construction barrels. No one likes delays – but the fact is, the vast majority of projects throughout Wisconsin would proceed without delay under Walker’s proposal.

So while the TDA poll found large majorities generally support a small revenue increase if it would fill every pothole, seal every crack, and finish every project on time without borrowing, the Marquette poll revealed that Wisconsinites aren’t that passionate about the issue and are much more hesitant to pay more when not presented with a low-cost magic fix.

The Marquette poll contradicts claims by the “revenue enhancement” crowd that there’s an angry mob of motorists clamoring for a price hike at the pump. Proponents of a gas tax increase also like to point to spontaneous and supposedly uncoached letters that have been appearing in various newspapers around the state demanding action on road funding.

Even if there are two Megan Delaneys, one living in Janesville and one living in Eau Claire, and three Shannon O’Connells, each very concerned about our transportation infrastructure and the need for higher gas taxes, the similar language used in papers from Janesville to Rice Lake suggests something else may be afoot.

This is an astroturf campaign, the tactic of special interests that want to make it look like the rest of the state cares about their cause and sides with them.

Transportation funding has been the bull in the budget china shop for months here in Madison, but the Marquette poll and the copy-paste-repeat letter campaign suggests a different reality: Wisconsinites are not clamoring for a tax increase like some in the media are trying to portray. Real Wisconsinites are not obsessed with finding ways to increase transportation funding. Remember, according to the Marquette poll, even among those who are concerned about transportation, a MAJORITY of those transportation-concerned individuals DO NOT favor a higher gas tax or registration fee.

Legislative leaders have come up with a cavalcade of ideas for raising taxes and fees to achieve their transportation goals. They and others have floated the idea of applying the sales tax to gasoline, adding toll roads, taxing farm equipment, tacking on a new heavy truck fee, and increasing the sales tax by $1 billion – among other ideas.

The “just tax it” crowd has it backwards. Instead of using manufactured public outcry to justify wringing more money out of Wisconsin motorists, farmers, and truckers, they should support a commonsense budget that focuses on the real concerns of the majority of the taxpaying public.

To paraphrase a famous quip by Governor Lee Dreyfus, Madison is 77 square miles surrounded by reality. The heated and protracted debate over transportation funding taking place in the state Capitol is a perfect case-in-point.