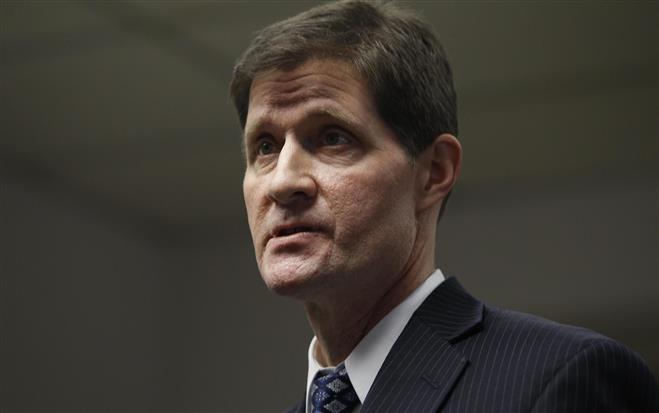 Milwaukee County District Attorney John Chisholm is trying to avoid responsibility for the low bail that released the Waukesha killer.  Dan O’Donnell refuses to let him.

Milwaukee County District Attorney John Chisholm wants you to believe this was all just a big mistake.  It was just one of those things that, you know, never should have occurred.  Nobody’s fault, really.  Just a confluence of events that just happened to culminate in mass murder.

During a virtual appearance before the Milwaukee County Board’s Judiciary, Safety and General Services Thursday, Chisholm swore that he would not make excuses for the $1,000 cash bond recommended for Darrell Brooks, Jr.  Then he spent the remainder of the hearing doing exactly that.

Just days after posting that bond, Brooks drove his SUV into the crowd at the Waukesha Christmas Parade, killing six people and injuring dozens of others.

“You had a young ADA trying to do the very best she could under really difficult circumstances, and she made a mistake,” Chisholm said, noting that the assistant district attorney assigned to Brooks’ case, Michelle Grasso, was in the middle of a jury trial and reviewing more than 20 active felony cases.

But he wasn’t making excuses.

Brooks is only the most visible example of this failed ideology, but he must be the one who destroys it, lest it be allowed to kill, rape, or rob again.  There is no excuse for letting a monster like Brooks out on bail, but there is no conscience in a system that views Brooks as an acceptable speed bump on the road to social progress.

Even though JusticePoint, the pretrial services company with which Milwaukee County contracts, rated Brooks as a “fairly high risk for release” ahead of his initial court appearance on November 5, Grasso simply doubled the $500 bail Brooks received in an earlier open felony case and sent him on his way.  Chisholm said Thursday that Grasso didn’t have access to JusticePoint’s report on Brooks because it wasn’t uploaded to the county’s case management system.

But he most definitely wasn’t making excuses.

Neither was Milwaukee County Circuit Court Chief Judge Mary Triggiano, although she did not say whether Court Commissioner Cedric Cornwall had access to the pretrial report before he approved a $1,000 bond for Brooks.  She also noted that Brooks was only out on $500 bail because he demanded a speedy trial and Milwaukee County was not able to meet this because of the massive backlog of cases.

But she wasn’t making excuses.  Not at all.

“I want to make it clear that there are explanations for what happened,” Chisholm said.  “There are no excuses.”

He’s right: There aren’t.  But there is only one explanation for what happened: Chisholm’s office for nearly 15 years has made low bail a high priority.  His stated policy as a self-styled “progressive prosecutor” is “focused on reducing the use of incarceration in all cases.”

“Overall, prosecutors prioritize addressing the root causes of criminal behavior – substance use, mental health issues – and seek out alternative sentences, even for some violent offenders,” he added.

Grasso wasn’t overworked or underprepared when she set low bail for Darrell Brooks, Jr.  She was simply upholding this commitment to ending incarceration in Milwaukee County.  Chisholm himself understood that this day was coming, predicting after he was first elected to office in 2007 that his soft-on-crime approach would invariably lead to the loss of innocent lives.

“Is there going to be an individual I divert, or I put into a treatment program, who is going to go out and kill somebody?” You bet,” he said in an interview with the Milwaukee Journal Sentinel.  “Guaranteed.  It’s guaranteed to happen.  It does not invalidate the overall approach.”

Darrell Brooks did, in fact, invalidate this approach.  And so did the countless other sacrifices at the altar of wokeness made by Chisholm, Tirggiano, Grasso, Cornwall, and every other policymaker in the Milwaukee County criminal justice system who has freed a killer, a rapist, an arsonist, car thief, or armed robber out of a perverse dedication to “social justice.”

Brooks is only the most visible example of this failed ideology, but he must be the one who destroys it, lest it be allowed to kill, rape, or rob again.  There is no excuse for letting a monster like Brooks out on bail, but there is no conscience in a system that views Brooks as an acceptable speed bump on the road to social progress.

Everyone involved in that system—Chisholm, Triggiano, Grasso, Cornwall, and anyone else who played even a tangential role in Brooks’ release—must resign in disgrace immediately.

That they won’t (and never will) resign is the ultimate proof that they don’t really believe any mistakes were actually made at all.  The system worked exactly as it was supposed to.

As Chisholm himself said nearly 15 years ago, just because an individual he freed went out and killed a bunch of people doesn’t invalidate the whole approach.  The approach works perfectly, but it’s society’s reaction to the consequences of it that needs to change.

Or maybe, after unfathomable tragedy, it’s the approach—and the people who have advanced it for nearly 15 years—who need to change…or be changed.