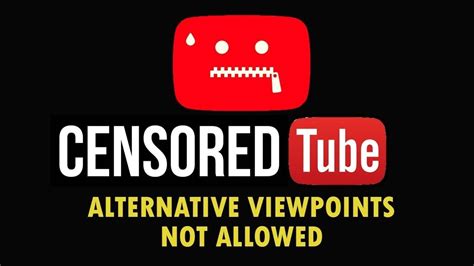 Dan O’Donnell notices something awfully suspicious about a YouTube suspension.

@DanODonnellShow This was the second time my YouTube channel was suspended, both times were for interviews w/ Republican candidates for statewide office #Coincidence? #BigTechCensorship Click To Tweet @DanODonnellShow YouTube is standing betw you and candidates from one political party by preventing you from hearing from them. YouTube would consider this election interference were it done by any other entity. #Coincidence?… Click To Tweet

I suppose this was inevitable: After just two days of streaming my radio show live on YouTube, I was suspended on Tuesday afternoon for two weeks for a violation of the platform’s “community standards.”

Interestingly, though, the ban wasn’t for the show I was broadcasting either Monday or Tuesday; it was for a video I had posted almost exactly a month earlier.  On November 15th, I posted a video of a phone interview I conducted with Wisconsin gubernatorial candidate and former Lieutenant Governor Rebecca Kleefisch.  She had just filed a lawsuit against the Wisconsin Elections Commission (WEC) and was asking the State Supreme Court to force WEC to follow state law during the 2022 election cycle.

At no point in the 15-minute interview posted to YouTube did either Kleefisch or I say anything that would, in the platform’s words, advance “false claims that widespread fraud, errors, or glitches changed the outcome of the U.S. 2020 presidential election.”  It didn’t matter—my appeal of the suspension was rejected.

I report on this not to whine, but to draw attention to the fact that this was the second time my YouTube channel was suspended…and both times were for interviews with Republican candidates for statewide office in 2022.  A few months ago, an interview I posted with Wisconsin Senator Ron Johnson—who is more likely than not going to run for a third term next year—was removed for violating YouTube’s “community standard” against “COVID-19 misinformation.”

As with the interview with Kleefisch, nothing either Johnson or I said during the lengthy interview could be reasonably construed to be misinformation, but it was still removed.  Only those two videos—out of more than a hundred I have posted to YouTube over the past year—were censored.

Why is this?  In other videos, I discuss the exact same topics as the ones addressed in my interviews with Kleefisch and Johnson.  Those were perfectly fine and did not violate any of YouTube’s standards, but the only ones that did were two videos in which Republican candidates were given a platform to speak.

This is a major issue, as it impacts the ability of Wisconsinites to hear from their elected representatives and those who are running to represent them.  This isn’t about me; it’s about you.

Ultimately, it doesn’t really matter if I am allowed on YouTube or not.  I have plenty of channels on which to communicate my message: a radio show, podcast, Facebook and Twitter pages (for now, anyway), and this column.  But in order for you and those like you to be a truly informed electorate, you need to be able to hear from candidates.

YouTube has made it abundantly clear with the videos that it removed that it aims to stand between you and candidates from one political party by preventing you from hearing from them.  Ironically enough, YouTube would consider this election interference were it done by any other entity.

This sort of censorship is, of course, neither new nor limited to YouTube, but it is nonetheless a major issue ahead of the 2022 election cycle.  Nearly a year ago, citing an ongoing threat to the public, every major social media platform almost simultaneously banned the sitting President of the United States.

If even he can be silenced, then what chance does a Republican gubernatorial candidate from a midsized state like Wisconsin?  And if she can’t get her message out to voters, how can those voters possibly be adequately informed about the candidates for whom they are voting?

Social media sites like YouTube, Facebook, and Twitter have long held themselves out as content-neutral platforms which do not make editorial judgments on content.  They are, they claim, merely the platforms on which millions of publishers produce content.  Yet these platforms constantly act as publishers and make editorial decisions based on the political affiliation of the speaker.

This is as untenable in a free society as a cable provider booting MSNBC because its executives didn’t like Joy Reid’s latest monologue.  Censorship of political speech is antithetical to the American idea, and when access to the new public square is denied by the public square itself, free and fair elections between competing candidates and ideologies become that much more difficult to hold.

If only one candidate and one ideology are allowed in a digital space populated by a dramatically increasing number of voters, then those voters aren’t really presented with an informed choice.

But then again, that’s pretty much the point, isn’t it?