The MacIver News Service has always pushed back against the mainstream media, which places increasing emphasis on narratives rather than news coverage. We don’t have unlimited resources, and so MacIver News focuses on the stories that the mainstream media won’t cover. That still leaves a lot of ground to cover. We step up to that challenge by delivering one explosive report after another. However, the news cycle never ends, and even the most shocking stories find themselves in the rearview mirror while they’re still playing out. You’ll find ten great examples of that phenomenon on MacIver’s Top Ten Underreported Stories of 2022. These are stories that are far from finished, and MacIver will continue to pursue into the new year, while the mainstream media continues to ignore them.

Veterans homes don’t have the best reputation to begin with, but it turns out Wisconsin’s veterans homes under Gov. Evers’ watch have sunk to new lows. Staffing is at critical levels, resulting in substandard care. The residents that can are leaving in droves. Those that can’t are stranded in horrendous conditions. MacIver obtained open records that directly tie these widespread issues to the Evers’ Administration’s incompetence.

#9 – Violent Rioters Get a Free Pass from Local Prosecutors

Cities burned throughout the nation in 2020, but the mainstream media refused to characterize the riots as anything but mere protests – constitutionally protected free speech. By 2022, most of the police reports were finalized and court cases were closed. MacIver began collecting those records through open records requests, and a disturbing pattern emerged. Most of the criminals and radical leftists picked up during the riots, got off without even a slap on the wrist. Worse – for all the concern over extremism on the right, the justice system completely ignored a documented episode of organized extremism on the left. The riots in Wauwatosa were not spontaneous nor an innocuous expression of 1st Amendment Rights. Police records reveal a well-organized terror campaign that can’t honestly be described as anything less than an insurgency. Only MacIver had the diligence to uncover it and the courage to call it out for what it was.

Despite all the evidence to the contrary, the left is convinced that the more lenient you go on criminals, the less crime there will be. Gov. Evers is doing his best to empty the prisons, paroling some of the most violent criminals currently serving time. Milwaukee DA John Chisholm refuses to file charges for 60% of the felony cases in the county. Lt. Gov. Mandela Barnes championed the “eliminate-cash-bail” movement in Wisconsin. As a result of these “scold and release” policies, Wisconsin’s murder rate is at an all-time high.

There’s a good reason why officials at all levels of government are willing to look the other way on criminal behavior in the streets. Government at all levels is, itself, full of criminals. Our laws were not written to withstand government officials purposefully attempting to subvert them. It is impossible to maintain a free society under those circumstances. Unfortunately, that is exactly the situation our state currently faces. The MacIver Institute has extensively documented and reported on public officials in Wisconsin violating election laws, abortion laws, and even the State Constitution – and getting away with all of it.

The media was quick to parrot Gov. Evers’ boast that Wisconsin has the 8th best schools in the country, according to the US News and World Report. The ranking was a nice self-esteem boost for the state’s public education system, but it did nothing for the students that it’s failing to educate. Test scores have been tumbling for a long time under Tony Evers’ watch, first as state superintendent and then as governor. Only 28% of Wisconsin K12 students are currently proficient in English and 27% are proficient in math. These were the results despite the highest levels of education funding in state history. If Wisconsin is number 8, we can only imagine how the other 42 states are doing.

While Wisconsin’s test scores plummet, the state’s education system is prioritizing critical race theory, which calls for the dismantling and rebuilding of every institution in the USA because they’re all racist. DPI conducts regular professional development seminars to train teachers on CRT and how to implement it in their lesson plans. When confronted, officials tend to play coy, despite training session names like “Race: a system of advantage based on skin color.” Every now and then they let it slip that they know exactly what they’re doing, like in March when a guest speaker stated CRT is just the beginning.

Amending the state constitution to make citizenship a requirement to vote might seem unnecessary until you hear Democrats fight against it tooth-and-nail. In February, Rep. Gary Hebl announced on the floor that his party has every intention of changing the law to allow non-citizens to vote in local elections. That would be much harder to do if it’s in the constitution. By the way, both the Assembly and Senate passed that resolution. They’ll have to pass it again this next session, and then the voters will decide whether or not to put it in the constitution.

Property taxes in Wisconsin are confusing because the rates are different in every community, they’re always changing, and there are a lot of factors that affect them. However, that doesn’t excuse journalists from understanding how they work and calling out politicians who push for policies that will raise them. Gov. Evers wants to increase local revenue by allowing communities to plug phony growth numbers into their property tax formulas. That will definitely increase local revenue, along with definitely raising property taxes.

With a compliant mainstream media and a complacent public, the left is becoming less and less concerned with concealing their radical beliefs. Few batted an eye when two members of the socialist party were elected to the Wisconsin Assembly this year. They’re dedicated to the repeal of the US constitution so it can be replaced with a socialist one. So far, no one’s standing in their way. Both incoming assemblymen ran unopposed in the November election.

The public is in a constant struggle with government officials over their right to know what their government is up to. However, the mainstream media only seems to get involved when those government officials are Republicans. Liberals often get a free pass, which enables most government activity to occur in the dark. It’s up to serious news agencies, like MacIver, to shine a light in those dark corners regardless of who’s in charge. This past year we continued to dog the Department of Health Services over its inconsistent COVID data reporting and its contradictory health advice. We got arrest records from the 2020 riots and checked to see who was actually held accountable. We got state officials’ emails about the dismal conditions at Wisconsin veterans homes. We reported on how Dane County officials are lying to keep Urban Triage’s gravy rolling. It’s obviously been a busy year, and we’ll keep it up throughout 2023. 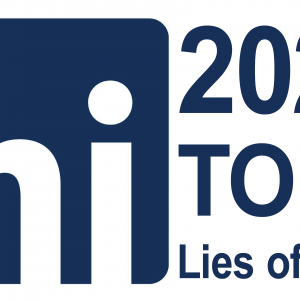