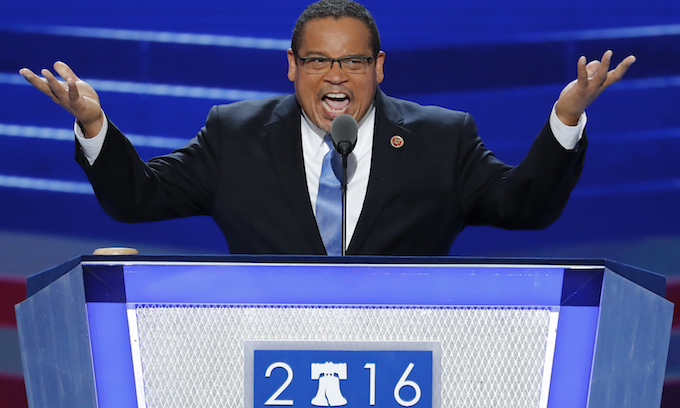 Minnesota Attorney General Keith Ellison roped Wisconsin-based Fleet Farm into an October surprise he hopes will fend off his Republican challenger’s attacks on his soft-on-crime policies. 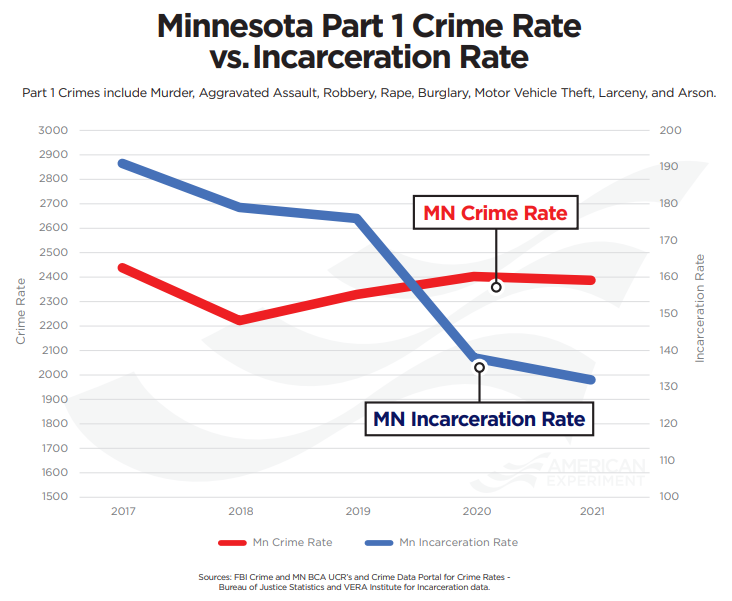 “By collaborating with community activists, national criminal-justice experts, and prosecutors, we are striving for a more perfect system,” Ellison said.

Last October, two felons had a shootout in a bar in St. Paul that left 14 people wounded and 1 woman dead. One of the felons, Devondre Phillips, had just flown in from Las Vegas, where he’s been living for the past several years. Somewhere between the airport and the bar shooting, someone gave Phillips a gun that was locally purchased at a Fleet Farm store.

The other felon, Terry Brown, involved in the shootout also illegally acquired a gun, but that one didn’t originate from Fleet Farm. He’s the one charged with shooting the woman who died during the shootout. The Pioneer Press pointed out that Brown should have been in state prison at the time.

Over the past 15 years, Brown has been convicted of five felonies. He was never sent to prison and only served time in the county jail waiting for hearings. The judges always gave him probation or time served.

With even the mainstream media asking about light prison sentences for known criminals, Ellison is hoping to redirect their attention in a desperate attempt to shore up his reelection campaign. He says the rise in crime is all Fleet Farm’s fault.

On Oct. 5, Ellison filed a lawsuit against Fleet Farm. He claims that the company is guilty of aiding and abetting illegal gun trafficking in Minnesota. It is illegal for felons to be in possession, and they cannot legally purchase firearms. People who buy firearms from licensed dealers and then resell them to criminals are called straw purchasers. That’s also a federal crime.

Ellison claims one straw purchaser, Jerome Horton, bought 24 guns from four different Fleet Farm stores during a four-month period in 2021. One of those guns wound up in the hands of Devondre Phillips during the bar shooting last October. Horton was charged in federal court for lying about not planning to resell the guns on the ATF forms he filled out at Fleet Farm. That form is six pages long. Anyone buying a firearm from a licensed dealer is required by federal law to fill it out. Ellison says Fleet Farm should have known he was lying and refused to sell him the guns.

“In doing so, Fleet Farm has profited from the unlawful sale of firearms to sham purchasers who then transferred these weapons to criminals and other prohibited and dangerous persons,” Ellison asserts.

Not even the ATF detected something was amiss with Horton’s purchases, but Ellison says Fleet Farm should have.

And not even the ATF detected something was amiss with Horton’s purchases. According to the ATF, it’s very difficult to prove when gun buyers lie on the form. Horton claimed he was the end user, and there’s no limit on how many guns one person may own.

“These are challenging prosecutions to make, and a lot of times the prosecutable crimes occur where the firearms are obtained,” an ATF official told to the Washington Post. “And in that source area, a prosecutor may dismiss such a violation as simply a paperwork violation.”

Regardless, Ellison calls Fleet Farm a “public nuisance.” He wants the company to pay court-appointed supervisors to monitor all their firearms sales, have all employees go through court-approved training programs, and help the state recover the remaining weapons sold to Horton and other straw purchases. He also wants Fleet Farm to have to pay the victims of crimes committed with guns that were originally purchased at their stores and pay the state an undetermined amount for “repeated breaches of their duties in Minnesota.”

This lawsuit serves two useful political purposes for Ellison. First, it transfers the blame for Minnesota’s skyrocketing crime from him to an out-of-state corporation. His office claims, “This lawsuit is another in a string of civil enforcement actions that Attorney General Ellison has taken to create safer communities in Minnesota.”

Ellison didn’t invent the idea of suing a retailer for selling to a straw purchaser. The Brady Center sued Cabella’s three years ago over selling a gun to a straw buyer who sold the gun to someone who used it in a murder. However, a judge dismissed that case. The City of Chicago is currently suing an Indiana company for selling over 850 guns that were eventually used in crimes.

Democrats also push endless legislation designed to chip away at the Second Amendment. There have been 315 firearms-related bills introduced into the House this session. One bill would require Americans to get a special license to own a gun that needs to be renewed every five years.

Lawsuits like Ellison’s support those goals by going after Americans’ source of firearms – retailers. The hope isn’t that Fleet Farm would comply with all the court-ordered restrictions but that it would stop selling firearms altogether. Of course, first, Ellison hopes the lawsuit will get him reelected.