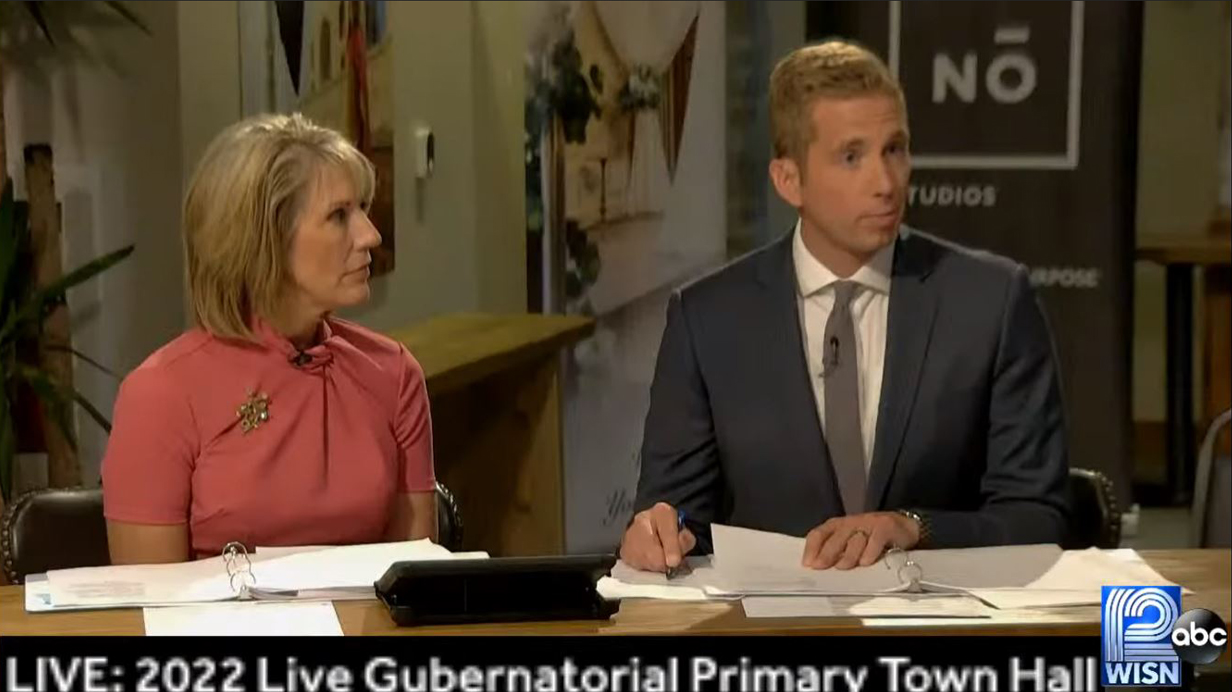 Dan O’Donnell on WISN 12’s Republican gubernatorial town hall, which was so biased and awful that Republicans should consider never again doing debates in which partisan liberals masquerading as journalists ask the questions.

If there were any lingering doubts that Wisconsin’s media was no longer interested in fair, unbiased coverage, they were erased Monday night.  The Republican gubernatorial candidates didn’t debate one another during the WISN 12 News Town Hall Debate; they debated both the moderators and the voters selected to ask the questions.

One of them, Anna Doty of Milwaukee, was especially hilarious.  A caricature of liberal rage who was missing only a Handmaid’s Tale costume as she rose to ask the candidates her abortion question.

“With the decisive decisions that have been handed down,” she began, unfortunately not pausing to explain what a ‘decisive decision’ is, “I’m just wondering how you look at the women in your life and tell they’re not capable and competent enough to make a personal, private, and often painful decision.”

So blatant a partisan hit was this that she didn’t even bother to phrase it as a question.  Who exactly pre-screened it, Margaret Sanger?  Each of the questions—and the questioners—are always pre-approved by debate moderators (and often their bosses), so it was clear that WISN 12 wanted this line of attack in their town hall.

That might have been bad enough on its own, but even the alleged Republicans WISN had asking questions turned those queries into attacks.

Dave Meixelsperger, introduced as “a Republican who’s concerned about Donald Trump” (read: the only type of Republican liberals can stomach), is a small business owner from Hartford whose most pressing concern in the 2022 gubernatorial election is who the candidates plan on voting for in the 2024 presidential election.

“I would like to know if fortunate enough to be elected to the governorship for the great state of Wisconsin,” he asked, “if you will support Donald Trump in 2024 in his third attempt to be President of the United States even after the events that took place on January 6th, 2021.  And if yes, why?”

What, WISN 12 couldn’t get Adam Schiff to ask a question?  Under no circumstances would moderators have a questioner ask Democratic candidates whether they would back President Biden’s re-election bid even though a staggering 64 percent of Democrat voters say they don’t want him to run again.

Yeah, these people seem like they’re representative of voters in next week’s Republican primary.  They hate Republicans almost as much as the moderators who selected them do.  And even though he asked just one question Monday night, moderator Matt Smith made sure to make his bias known.

“Will you accept the results of the primary election next week?” he asked, allowing for just one-word responses from each of the candidates, who of course each said they would.

Has any candidate at all indicated that they would not accept the results of the primary?  Has this been an issue in any way over the course of the campaign?  Or did Smith just want to get one final attack question in?

Democrats rose to object to the electoral vote count after every single presidential election Republicans won this century.  2000? They objected over hanging chads in Florida.  2004?  Voting machines in Ohio.  2016?  An imaginary Russian conspiracy that would have been laughable had it not dominated reporting from every Matt Smith at every corrupt rag in the country.

Would Mandela Barnes ever get a question about objecting to the electoral vote following a Trump win in 2024?  Absolutely not, because every Matt Smith at every corrupt rag in this state would never dream of asking such a loaded question.  Therein lies the problem: The Matt Smiths of Wisconsin will very soon be asking questions (or having partisan liberal “undecided voters” ask questions) in general election gubernatorial and Senate debates.

The Republican National Committee recently voted to no longer participate in debates hosted by the Presidential Commission on Debates over the extreme bias of the moderators it has selected (Candy Crowley, anyone?).  The Republican Party of Wisconsin, Senator Ron Johnson, and the Republican gubernatorial primary winner should do the same.

WISN 12’s Town Hall proved once and for all that local television stations no longer even present a veneer of objectivity; they are as rabidly partisan as the crazy Handmaid’s Tale lady who didn’t seem to blink while the Republican gubernatorial candidates answered her “How can you look women in the eye?” question.

Never forget that she was hand-selected by the “objective journalists” to ask questions of Republicans.  So were two Walker Recall signers.  Even the “Republican” voter they picked wanted to attack them over their perceived support of Trump.

This wasn’t a town hall; it was a coordinated attack.  And should never be allowed to happen again. 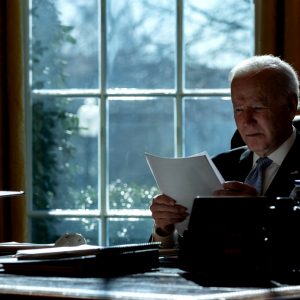 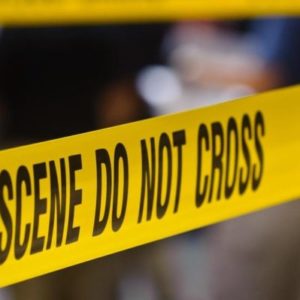