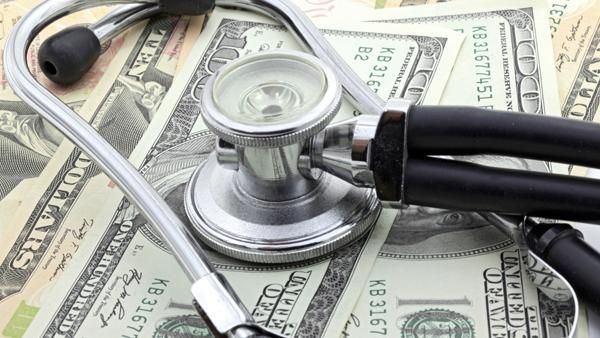 We’re sharing a column from Rachel Ver Velde of Wisconsin Manufacturers and Commerce regarding a recent Rand Study on price transparency.

Wisconsin’s healthcare costs are higher than the national average and a huge driver of those increased costs are higher hospital costs. This puts Wisconsin employers at a significant disadvantage and makes it more difficult for them to provide high-quality, affordable healthcare for their employees. When the Wisconsin Legislature reconvenes in 2023, tackling this issue needs to be a top priority.

The Badger State has the fourth highest hospital prices in the country, paying 307 percent of what Medicare pays – a standard healthcare industry pricing benchmark. This is according to RAND Corporation’s Hospital Price Transparency Study, which analyzed hospital price data between 2018 and 2020 and found that the prices paid by employer-sponsored health plans vary widely between states.

The study found that most of our surrounding states have much lower hospital prices for employer-sponsored plans. Illinois pays 253 percent, Iowa pays 198 percent and Michigan pays 193 percent. Minnesota is closer to Wisconsin, and even they are still lower than us at 292 percent of Medicare.

The data is only worse when you dig in deeper and look at individual hospital systems. In 2020, the relative price for inpatient and outpatient services at Mayo Clinic was 451 percent of Medicare. Mayo Clinic has the highest prices in the state, but other systems are following close behind. Froedtert and the Medical College of Wisconsin prices are at 392 percent, Advocate Aurora Health prices are at 369 percent and Bellin Health Systems are at 365 percent of Medicare.

Hospitals tell employers that they must pay higher prices to make up for uncompensated care the hospitals provide. This is care given to Medicare, Medicaid and uninsured patients. The RAND study directly negates this talking point, however.

“The absence of a strong correlation between hospital prices and payer composition does not support the hypotheses that higher hospital prices are in place to offset underpayments by public payers or hospital expenses on uncompensated care,” the study states.

Instead, the RAND study found that hospital mergers and market consolidation have led to increased prices. In the 17-year period between 2000 and 2017, there were 1,384 mergers.[1] Wisconsin has had and continues to see major health system mergers, such as the recently announced merger of Advocate Aurora Health and Atrium Health that will create a health system with $27 billion in revenues.[2] The decreased competition and resulting higher prices is a concerning trend for Wisconsin employers.

Employers are too often in the dark on hospital prices. Even when a study such as RAND’s is released, it only provides top-level numbers, not the data employers need to make informed decisions for their employees. RAND’s study clearly shows that Wisconsin employers are paying too much for hospital services, putting them at disadvantage to competitors in other states. The Legislature needs to take action and make sure that price transparency in healthcare is a priority in the next legislative session.