Last week, 19 year-old Cammy Funches was was murdered on the streets of Milwaukee.

According to reporter Nick Bohr of Channel 12 News, Cammy rose above several challenges in her life to become the salutatorian of her high school class last year.
Cammy will be missed by many.
Not surprisingly, one of the three individuals charged with opening fire on Cammy was recently released from jail on a signature bond for a different reckless homicide charge from last year. In that killing, this same teenager is accused of gunning down 26-year-old Jasmine Brown.
While Cammy’s murder is heart-wrenching, remember, it does not have to be this way.
The radical left believes it is wrong to hold those who commit violent crimes accountable and that the self-esteem of the criminal is more important than keeping all of us safe.
The tragic murder of Cammy proves again we need politicians and judges who keep dangerous criminals off the streets. 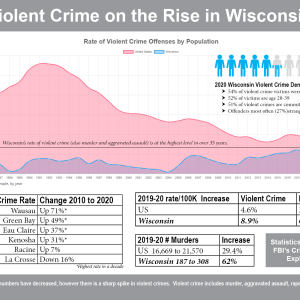