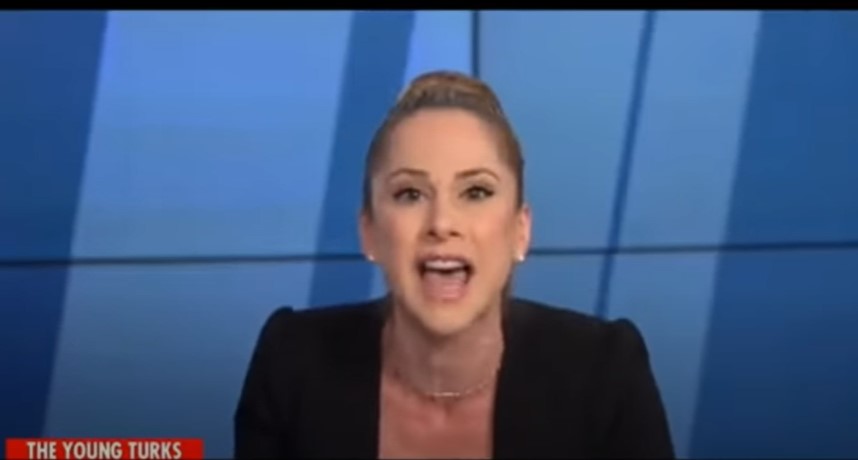 Whether elected officials, journalists, entertainers, activists or hookup afficionados, this week has seen some crazy, outrageous and sad reactions to the prospect of Roe v Wade being overturned.

#10:  Joe Biden acknowledges abortion kills children but says nobody can make a judgement about killing a child.

“The idea that we’re going to make a judgment that is going to say that no one can make the judgment to choose to abort a child, based on a decision by the Supreme Court, I think goes way overboard.”

“I don’t like the Supreme Court decision on abortion (Roe v Wade). I think it went too far.  I don’t think that a woman has the sole right to say what should happen to her body.”

Kaul says his oath of office doesn’t require him to enforce all Wisconsin’s existing laws, only the ones he thinks are important.  “It is my view that our resources should be used to investigate and prosecute the most serious offenses.”

Wisconsin Attorney General Josh Kaul said he wouldn’t prosecute abortion cases if the state’s 1849 ban comes back. I ask him if he’d be violating his oath: pic.twitter.com/CYKFga8BIi

(As we’ve reported, Kaul has also refused to take up the Racine Sheriff’s call for an elections investigation.)

#8:  Politico reports that SCOTUS justices may not be safe from threats, and that violence when the decision is handed down is to be expected from conservatives – misogynists who have a “toxic resentment of feminism.” 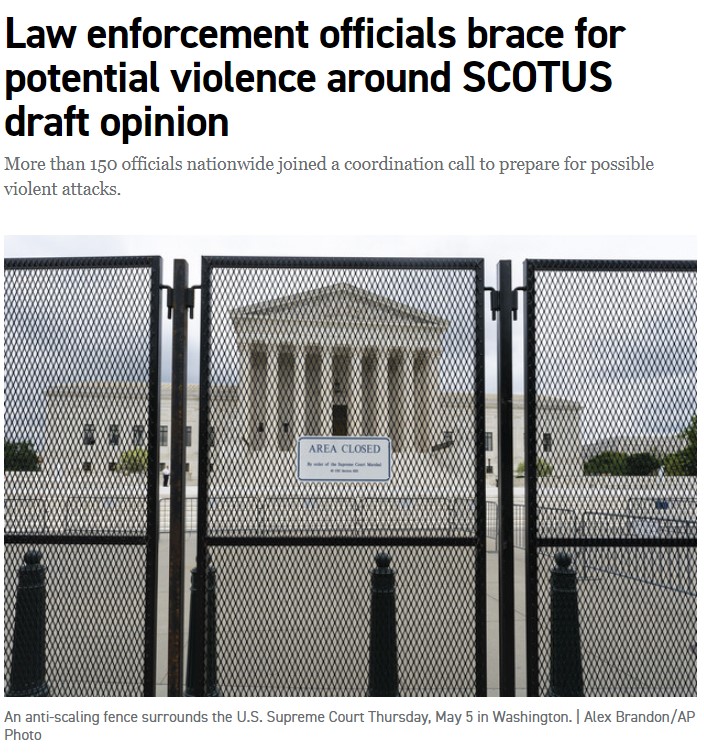 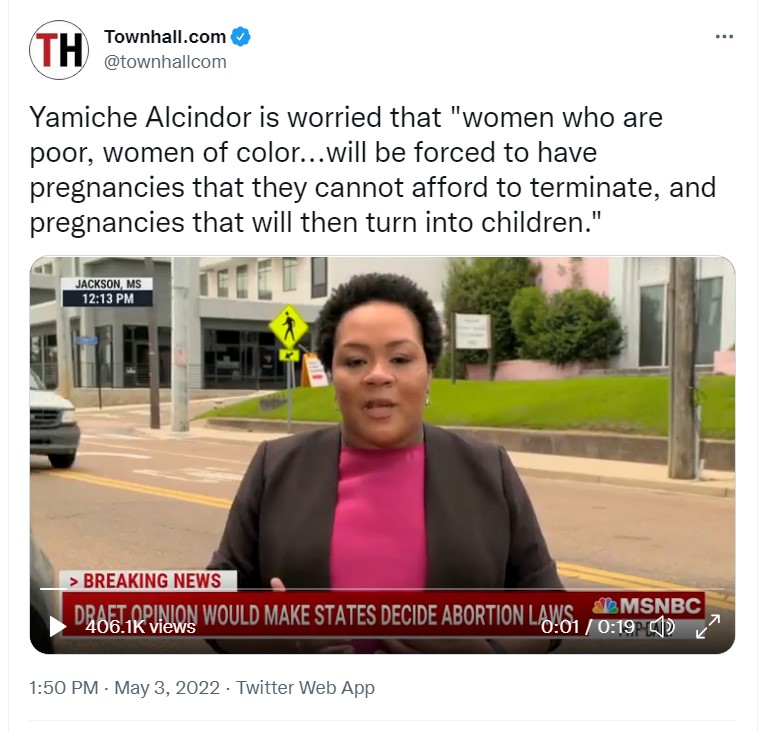 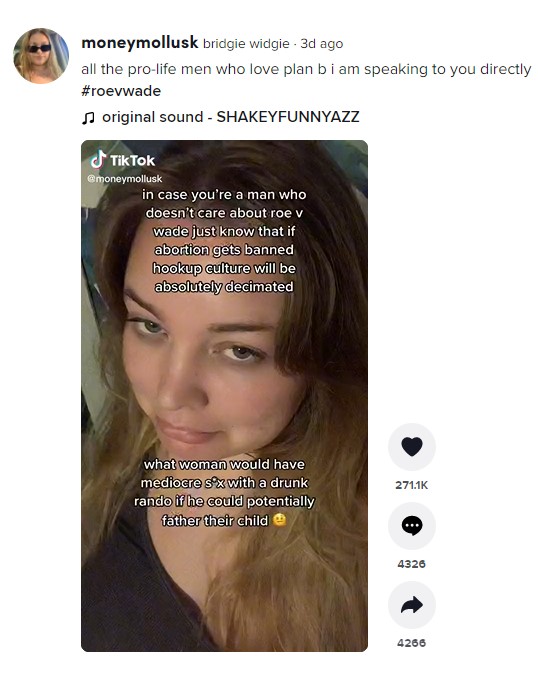 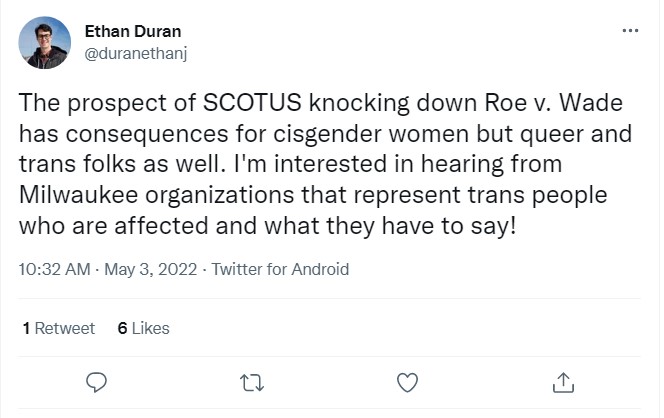 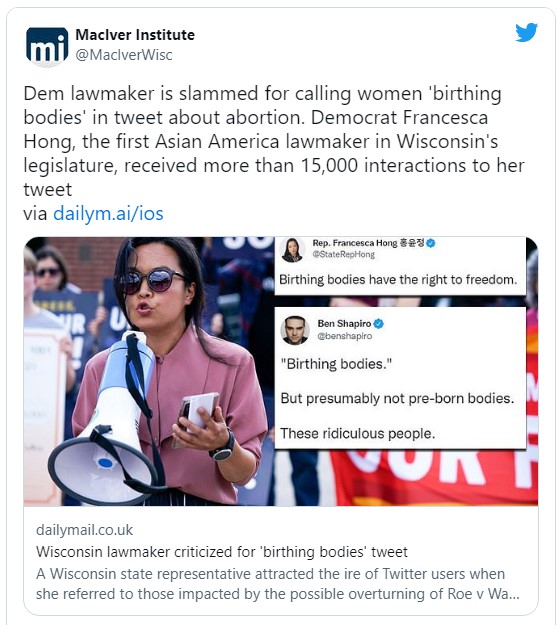 #3: Joy Behar says women are not fully actualized or empowered to achieve policy goals until they go on a sex strike.

When conservatives suggest that abstinence is an effective way to prevent unwanted births, they’re ridiculous.  When the left says abstinence is not only possible, but is a true source of female empowerment, it’s genius.

Behar’s strategic advice to women: don’t choose to abstain to empower yourself by choosing your reproductive journey ladies, abstain to drive men wild so they’ll do your bidding.

#2: Ana Kasperian of Young Turks…is wild with upset about how women will be able to work if Roe is overturned…maybe?

#1: Elie Mystal of The Nation admits of course there is no right to abortion in the constitution.  Because “The founding fathers were racist misogynist jerk faces.” 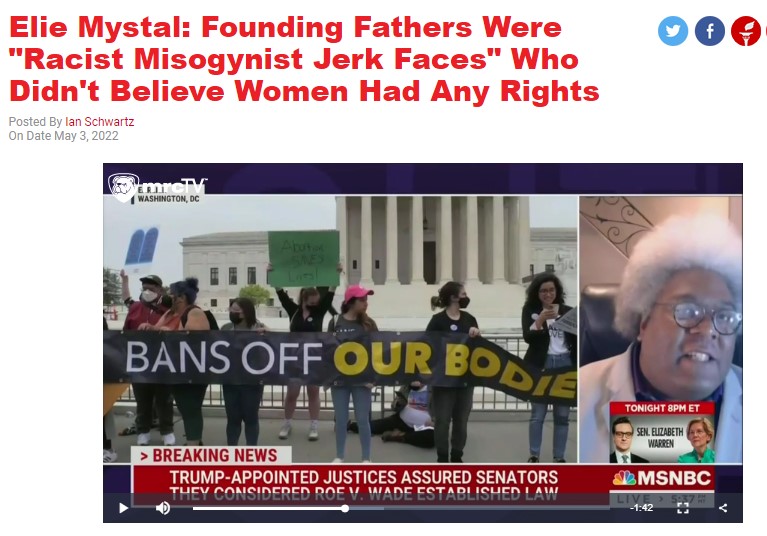