As Dan O’Donnell explains, a teacher’s drag show in Middleton reveals why parents need to continue to be vigilant about what’s really going on in their children’s schools

“Most of you know me as the French teacher, but now you will know me as the drag teacher!” Middleton High School’s Matthew Kashdan announced as he launched into a drag routine during the school’s annual Fine Arts Week.

Sporting a platinum blonde wig, sequined blue dress, and bright red boots, Kashdan strutted his stuff to Lady Gaga and Ariana Grande’s “Rain on Me” in a performance that, to put it charitably, stretched the definition of “fine arts.”

The dance went viral on Twitter, but as users debated its appropriateness, most missed the major issue with Matthew Kashdan.  It’s not that he performed as a drag teacher; it’s that he doesn’t often seem to be a French teacher.

A performance that, to put it charitably, stretched the definition of “fine arts.”

Instead, he freely admitted in an interview with Multilingualism and Education in Wisconsin, he routinely pushes his left-wing ideology on students.

“I don’t have a textbook, and I never would have a textbook even if I was offered it,” he bragged.  “I’m all about using authentic resources to curate authentic experiences for my students.”

Such experiences included writing open letters to world leaders to urge action on climate change and listening to lectures on the evils of European colonialism.

“Through the use of textual borrowing activities,” Kashdan explained, “or borrowing language from different authentic sources, including like a letter from an organization called Youth for Climate Change, located in Paris, students about the same ages then they can see like, ‘Okay, this is what they’re doing so now I’m going to try to reproduce or use the things that we learned in class to write my own open letter.’”

Do these young activists ever learn French grammar and syntax skills?  Not in Kashdan’s class.

“I’m always really intentional with my students about like, we’re not going to learn grammar, I will occasionally explicitly teach grammar because I do believe there’s important things grammatically related that they can use to enhance their language skills,” he said.  “But I’m more about teaching the language through the culture.”

Just not colonialist culture, whose innate evil Kashdan is always sure to teach.

“We talk about like countries in West Africa and why their official language is French, and it’s a product of colonialism,” he explained.  “And depending on the age of students, we kind of dive into that and talk about that. And we talked about that in regards to us and make those connections. And so, once again, I just wanna like open, they’re like, pop that bubble, right? And be like, here’s some French speaking resources that we have here. And you can participate with them throughout the community, but more, more so like, why is it mostly English? I really like to talk about that with them, if that makes sense.”

Matthew Kashdan represents (or, more accurately, is a symptom of) much of what has gone wrong in public education.  Grammar lessons and textbooks are tossed in favor of student indoctrination and teacher self-validation.

It makes perfect sense: Matthew Kashdan represents (or, more accurately, is a symptom of) much of what has gone wrong in public education.  Grammar lessons and textbooks are tossed in favor of student indoctrination and teacher self-validation.

When pressed for comment about Kashdan’s apparent refusal to teach much actual French in French class, the Middleton-Cross Plains School District instead issued a boilerplate statement about his drag show.

“This year, an MHS teacher performed a routine in drag as part of the staff talent show,” a District spokeswoman said in an email.  “The school received one complaint about the performance from a parent.  The school is reviewing protocols and processes going forward to make sure all perspectives are considered.”

All perspectives, that is, except those which oppose political indoctrination in the classroom.  Kashdan’s drag show, offensive though it may have been, was a one-time event.  His French class is a daily lesson in far-left politique.

Parents across Wisconsin rose up in opposition to this just a week ago, taking back dozens of school boards held hostage by administrators like those in Middleton who allow teachers like Kashdan to run (or in this case dance) wild.

In fact, the Kashdan affair is something of a metaphor for the backlash that led to widespread conservative gains in the 2022 Spring Election.  The in-your-face drag show grabbed the headlines, but the far more serious problem for which parents demanded a remedy is the everyday indoctrination that occurs behind classroom doors.

It’s not often that teachers are as open about it as Kashdan was, and it’s important that parents continue to listen to these rare moments of honesty about what their children are (and, more importantly, are not) learning in class each day. 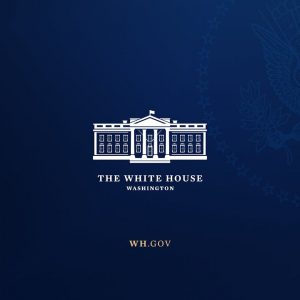 A Fitting End to a Disastrous Year