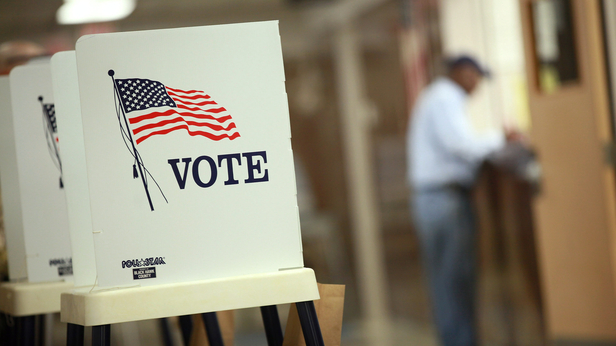 Stop me if you’ve heard this one: Dozens of uncounted ballots are found a week after an election and may alter the outcome. As Dan O’Donnell explains, the legal issue here isn’t what you might think

The jokes almost write themselves.  Amid a Special Counsel investigation into irregularities in the 2020 election and the widespread believe that Wisconsin’s elections aren’t always on the up-and-up, the City of Wauwatosa announced that it found dozens of uncounted ballots a week after an election.

The city clerk’s office announced late Wednesday that it had discovered 58 ballots that were somehow uncounted in two aldermanic primaries that had been contested the week prior.

In the three-way primary in District 3, incumbent alderman Tim Hanson faced off against challengers Patricia Stone and Timothy Makhlouf with the top two vote-getters advancing to April’s general election.  Stone garnered 233 votes to Makhlouf’s 221 and Hanson’s 219, meaning Stone and Makhlouf would square off in the general.

Or so it seemed.  The 26 outstanding ballots were more than enough to pull Hanson into either first or second place, so on Thursday the Clerk’s Office had to publicly open and count them.

Fortunately, the outcome didn’t change: Final totals showed Stone with 242 votes, Makhlouf with 231, and Hanson with 226.

“This was a regrettable error and we have corrected the situation and are committed to transparency in our election process,” Braatz said.  “Moving forward, we have identified how to prevent this from occurring in the future.”

Wisconsin Statute § 5.86(2) requires that “any discrepancies between the number of ballots and total number of electors shall be noted on a sheet furnished for that purpose and signed by the election officials.”  This does not appear to have been done in Wauwatosa since it took a week before the discrepancy was even noticed.

This also means that the tally sheets which election inspectors signed off on were incorrect.  Tally sheets, Wis. Stat. § 7.51(4)(a) explains, “state the total number of votes cast for each office and for each individual receiving votes for that office.

“The inspectors shall state the excess, if any, by which the number of ballots exceeds the number of electors voting as shown by the poll list and shall state the number of the last elector as shown by the poll lists,” the statute continues. “[The inspectors] shall then certify to the correctness of the statement and tally sheets and sign their names. All other election officials assisting with the tally shall also certify to the correctness of the tally sheets. When the tally is complete, the inspectors shall publicly announce the results from the statement.”

In Wauwatosa, the tally was obviously incorrect—and not by an insignificant amount, either.  The 26 missing ballots represented nearly four percent of the 699 cast in the District 3 race.  For whatever reason, these ballots were never delivered to the city’s central count location and never counted.

Wisconsin’s election administration and inspection system, which requires poll workers from both the Republican and Democratic parties to work side-by-side, makes cheating among vote-counters very difficult.  What happens, though, if a rogue City Clerk never delivers a batch of ballots for them to count?  What happens if those ballots, which, say, come from an area the Clerk knows skews heavily toward the opposing party, are just “lost?”

Of course, no one is suggesting anything so nefarious happened in Wauwatosa.  The available evidence suggests that the misplaced ballots represented an honest mistake, yet it was a mistake that would not have happened had the Clerk’s Office followed state law and not reported the results until the discrepancy between the vote total and the number of returned ballots was resolved.

This cavalier attitude toward legally required action is precisely why elections in Wisconsin are under such scrutiny.  When even the Wisconsin Elections Commission refuses to follow the law, is it any wonder that local election officials see the statutes as less of a requirement than a suggestion?

Disaster may have been averted in Wauwatosa when the uncounted ballots did not change the result of the election, but this provides no cover for yet another group of election officials in this state who seems to believe that the law applies to them.