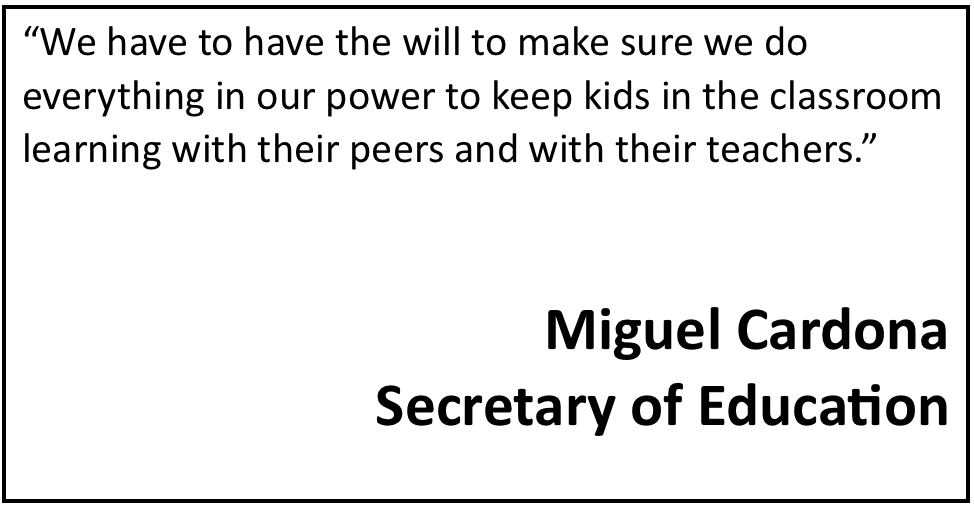 @DanODonnellShow Should WI Schools Close? Children are not suffering serious effects of COVID-19 in any statistically significant or even noticeable numbers in WI Click To Tweet @DanODonnellShow School children, teachers and staff are at such little risk of dying or developing a severe COVID infection that it borders on paranoia to close schools. Click To Tweet

Further proving that we have learned absolutely nothing from the last 22 months, both Milwaukee Public Schools (MPS) and the Madison Metropolitan School District (MMSD) announced plans to scrap students’ return to the classroom following Christmas break.

Neither sounded particularly optimistic that this would be a temporary move.

“While it is our goal to resume in-person learning Monday, January 10, 2022, we will continue to assess the situation and provide updates as new information becomes available,” MPS Superintendent Keith Posley said in an email to families Sunday night.

MMSD, meanwhile, has not released any plans to return to in-person learning following an extended break and virtual learning tomorrow and Friday.

The two largest school districts in Wisconsin have said for nearly two years that they are merely following guidelines from federal and state health and education authorities, but on Saturday night—less than 24 hours before Posley pulled the plug on a return to the classroom—Secretary of Education Miguel Cardona said unequivocally that school should not be virtual this winter.

“You’re saying that under no circumstances will the [Biden] Administration advise shutting down schools, no matter how bad it gets?” asked CNN’s Jim Acosta.

“At this point, I don’t think we should be thinking about closing schools long-term,” Cardona replied.  “Things can change, but at this point we have the tools, we have the resources, and we have to have the will to make sure we do everything in our power to keep kids in the classroom learning with their peers and with their teachers.”

Cardona, like anyone who has been paying attention the past 22 months, recognizes that the harm keeping kids out of the classroom far outweighs the risk of COVID-19 to both students and teachers alike.

.@POTUS says schools got $10 billion to stay open and students safe during #Covid_19. “They have what they need.” – @MilwaukeeMPS @MMSDschools pic.twitter.com/SZXNKDTUzl

In Wisconsin, only one child under the age of 10 and seven kids and young adults under the age of 20 have died of COVID since the pandemic began in March 2020.  This represents a microscopic 0.069 percent of the state’s 10,075 total COVID deaths.  It also means that an even more infinitesimally small 0.0034 percent of the 207,082 total COVID-19 cases in children and teenagers resulted in death.

Furthermore, healthcare sources also indicate that all seven of the deaths were of children or teenagers who had serious comorbidities that significantly contributed to their deaths.  Moreover, none of the seven are believed to have contracted COVID-19 in a school setting.

Children, quite simply, are not suffering serious effects of COVID-19 in any statistically significant (or even noticeable) numbers in Wisconsin.  And neither are teachers.  In fact, all working-age people have a vanishingly small risk of dying or suffering a severe infection that would require intensive care.

Even those at the highest end of the working-age population—people aged 70 and younger—are not at a significant risk of dying from COVID-19.  Out of 920,584 cases, just 3,251 resulted in death: approximately 0.35 percent.  An even smaller 0.21 percent ever required intensive care in a hospital.

In Wisconsin, both deaths and serious infections (as defined by ICU visits) are overwhelmingly in the retirement-age population.  Although people over the age of 70 represented just eight percent of the total number of the state’s COVID cases, they have made up 68 percent of the deaths and 40 percent of the ICU visits.

Those at greatest risk of dying of the disease are far removed from working age: People 90 or older.  Although they comprised just 0.8 percent of all cases, they made up 18.6 percent of deaths.  Chillingly, 22.6 percent of COVID cases in those aged 90 or older resulted in death.

However, none of them contracted COVID-19 in a classroom or have been proven to have caught the disease from someone who did.  COVID is indeed a serious illness, but only in a statistically significant way for the very old or the very immunocompromised.

School-aged children and the teachers and school staff who educate them are at such little risk of dying or developing a severe COVID infection that it borders on paranoia to close schools.  If the goal is to save lives and prevent serious infection, public health policies should be aimed instead at protecting the elderly and those who have severe comorbidities.

The young and the healthy, who are at almost no risk of severe infection, do not need to quarantine or lock down.  They can safely and effectively teach and learn in a classroom setting just as they have all school year.

By refusing to do so, both MPS and MMSD are ignoring both clear scientific data and the recommendation of experts, which they have sworn for 22 months that they would never do.  This is no time to start.  Children need to be in school, and their schools have a duty to them to reopen.