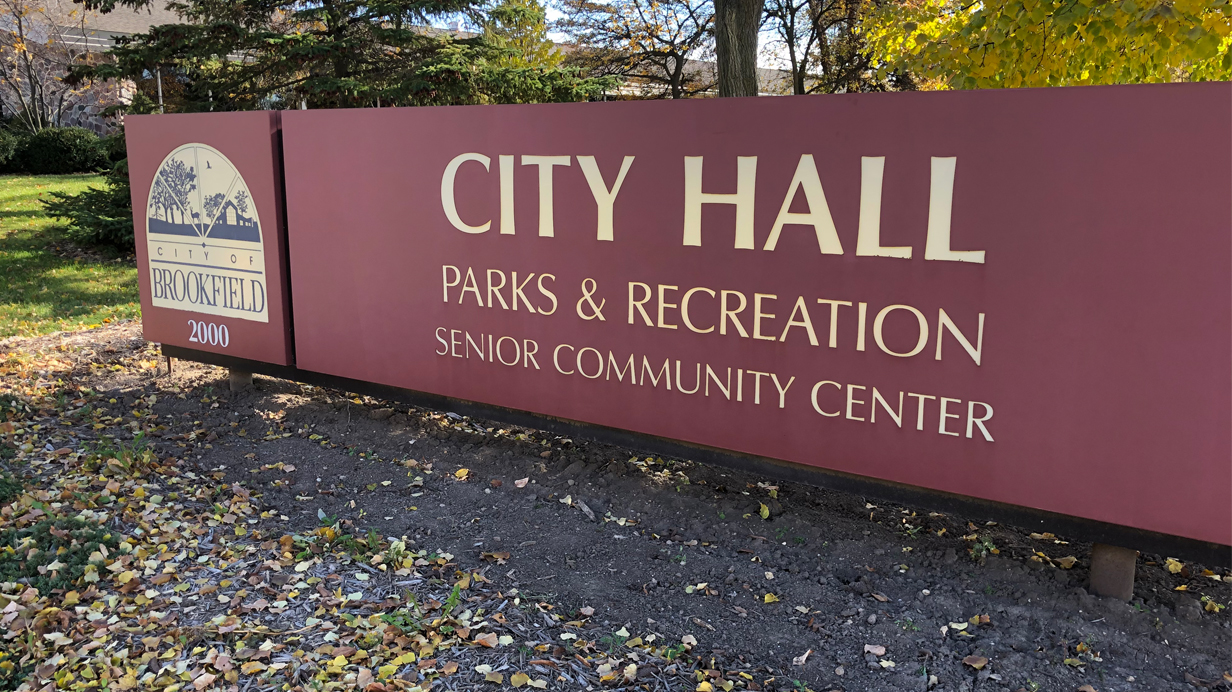 Local clerks who broke election laws in Wisconsin might not be able to hide behind memos from the Wisconsin Elections Commission (WEC) for much longer.

Archambault’s mother has a degenerative brain disorder. The Waukesha County Circuit Court ruled she was legally incompetent in 2015 and could no longer vote. Archambault received a Guardianship Order to that effect.

By not dispatching SVDs to the residential care facility, the city clerk broke state law, according to the lawsuit.

“The Guardianship Order provides that Jane Doe’s rights to register to vote or to vote in an election ‘ may not be exercised by any person,’” the lawsuit states.

Again, that was in 2015. However, state records indicate she voted in the 2020 primary and general elections.

Archambault believes that wouldn’t have happened had SVDs been present. Instead, nursing home workers were directed to help residents vote – even though that violates state law.

The lawsuit states that WEC administrator Meagan Wolfe, her assistant Richard Rydecki, and all six Election Commissioners are responsible for a memo directing local clerks to not send SVDs to nursing homes because of Covid.

WEC sent another document directly to residential care facilities informing them, “In a typical election, Special Voting Deputies (SVDs) may be coming into your facilities and conducting absentee voting with your residents. However, due to safety concerns, SVDs will not be entering your facility for the August and November elections.” 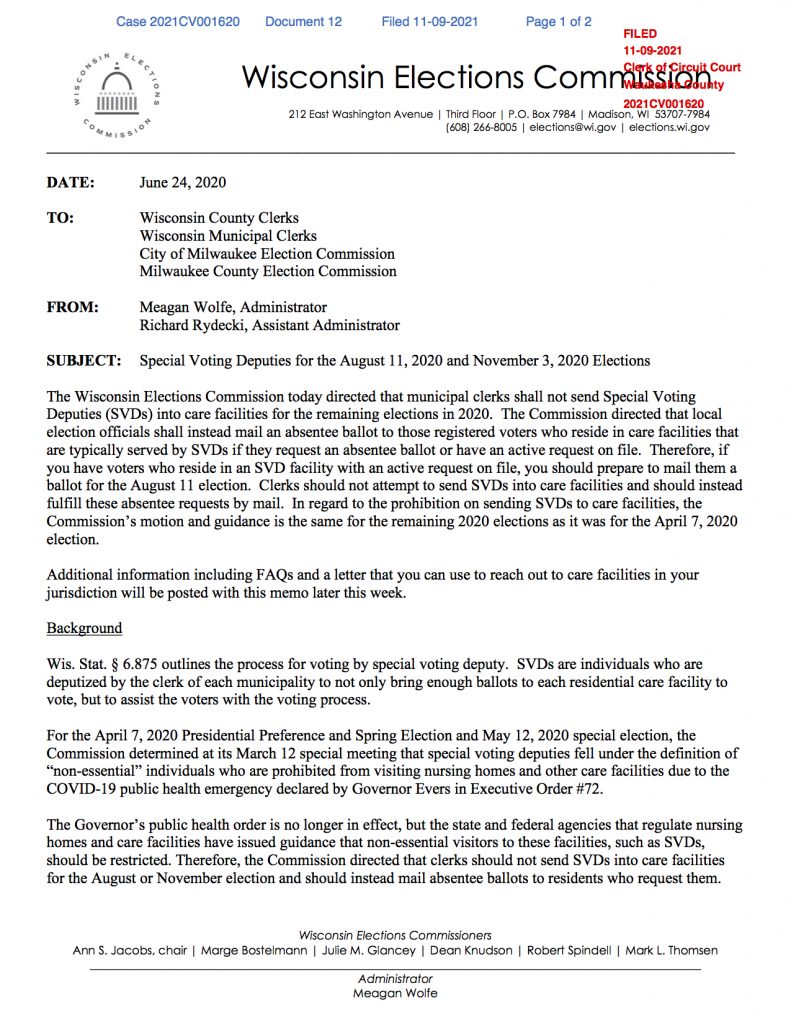 Additionally, WEC directed the nursing homes that “Facility staff may assist the voter by reading the ballot to them or helping them mark the ballot.”

However, with allegations around the state that facility staff helped people vote who were deemed legally incompetent to vote, WEC now feigns shock. “The Commission finds it horrifying and offensive if that sort of thing happened in Racine, or anywhere in Wisconsin,” Commissioner Dean Knudson said in a press release.

WEC will soon have the opportunity to repeat that reaction in a courtroom. The lawsuit explains WEC does not have the authority to ignore state law nor direct others to do so. That put local clerks in a difficult position, because WEC has enforcement power over them.

“WEC was instructing the Clerks, over whom WEC possesses regulatory power, to violate the laws of Wisconsin,” the lawsuit states. 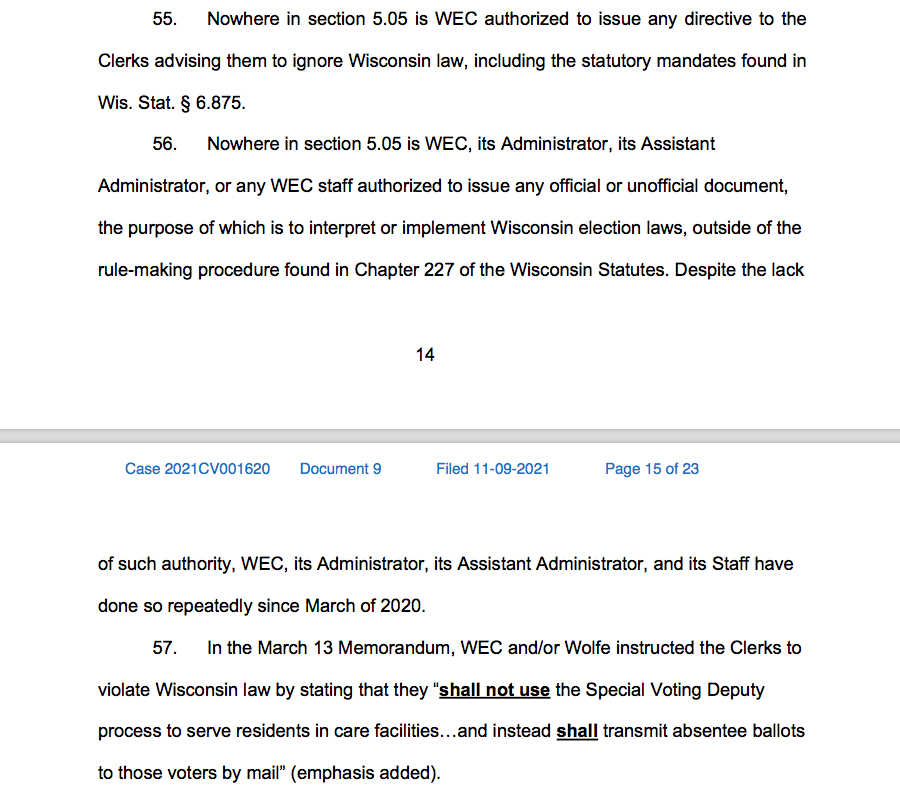 That doesn’t mean Tadych is off the hook.

“Defendant Renee Tadych, in her capacity as interim Clerk for the City of Brookfield, was charged with complying with the statutory mandates of Wisconsin Law,” the lawsuit states.

“WEC was instructing the Clerks, over whom WEC possesses regulatory power, to violate the laws of Wisconsin,” the lawsuit states.

“Upon information and belief, Tadych did not dispatch SVDs to the residential care facility at which Jane Doe resided during the following elections: April 7, 2020, August 11, 2020, November 3, 2020. Tadych’s failure to do so violated Wisconsin law.”

Archambault wants a declaration from the court that WEC broke the law and that the memos are invalid. He also wants an injunction placed on WEC from issuing directives again that break the law, and an injunction to prevent the city clerk from WEC that direct her to break the law.

The lawsuit points out that state law does not give WEC the authority to direct clerks to ignore Wisconsin law.

The lawsuit was filed on Tuesday, Nov. 9, 2021. In addition to Archambault’s civil lawsuit against WEC and the Brookfield clerk, there is also a criminal investigation underway at the Waukesha County Sheriff’s Department.