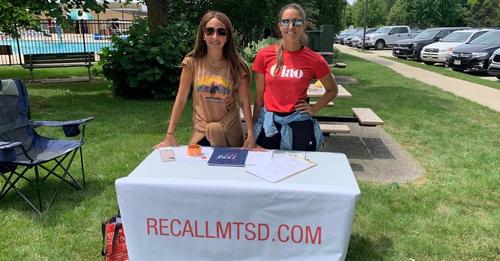 Wisconsin Institute for Law and Liberty Steps In To Stop Harassment

Across the country, parents are fighting back against masking requirements, zoom instruction and the push by the far left to teach our children that the United States is a racist nation.

In the Mequon-Thiensville School District (MTSD), parents are so upset they are working to recall school board members.

This active parent group has been working to recall four school board members in the Mequon-Thiensville School District. According to one organizer, they need approximately 1,000 more qualified signatures to force a recall election with just over one week left to collect the signatures.

The parents cite shrinking enrollment, declining test scores, and lower overall academic achievement while the tax levy continues to go up. Parents believe that board members “have shown time and again they are not interested in representing the interests of their constituents and families of MTSD, only to surrender their decision-making power to the superintendent.”

Additionally, the parents also cite “wasteful spending” by the school board, after they spent $42,000 on services to Blaquesmith Consulting for equity and diversity materials.

The group has been tabling in locations across the district to gather enough signatures necessary to trigger a recall. However, these parents have faced tremendous backlash from local elected officials and law enforcement. 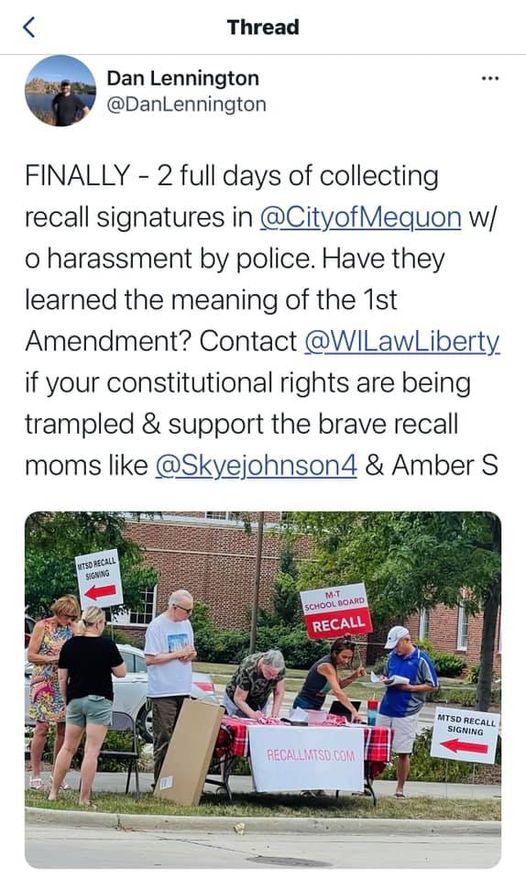 According to one of the parents leading the campaign, Amber Schroeder, the group first began tabling to get signatures for the recall at the end of June. Their table included a banner that said “RecallMTSD.com”. Shortly after they started, the Mequon police informed them they were not allowed to use the banner on their table, citing a statute that says one cannot attach a banner to any structure. The police officers on the scene told the group that they received an order to remove the sign directly from the Mayor of Mequon.

After weeks of warnings and threats of arrest from law enforcement, the group agreed to remove the banner and contacted the Wisconsin Institute for Law and Liberty (WILL) to pursue legal action against the Mayor.

On August 6, WILL issued a letter to Mequon Mayor John Wirth and City Administrator William Jones warning the City that attempts to enforce a sign ordinance against a group of school board recall organizers violates the First Amendment. The letter cites many exemptions to the statute the Mayor was attempting to use against the group. 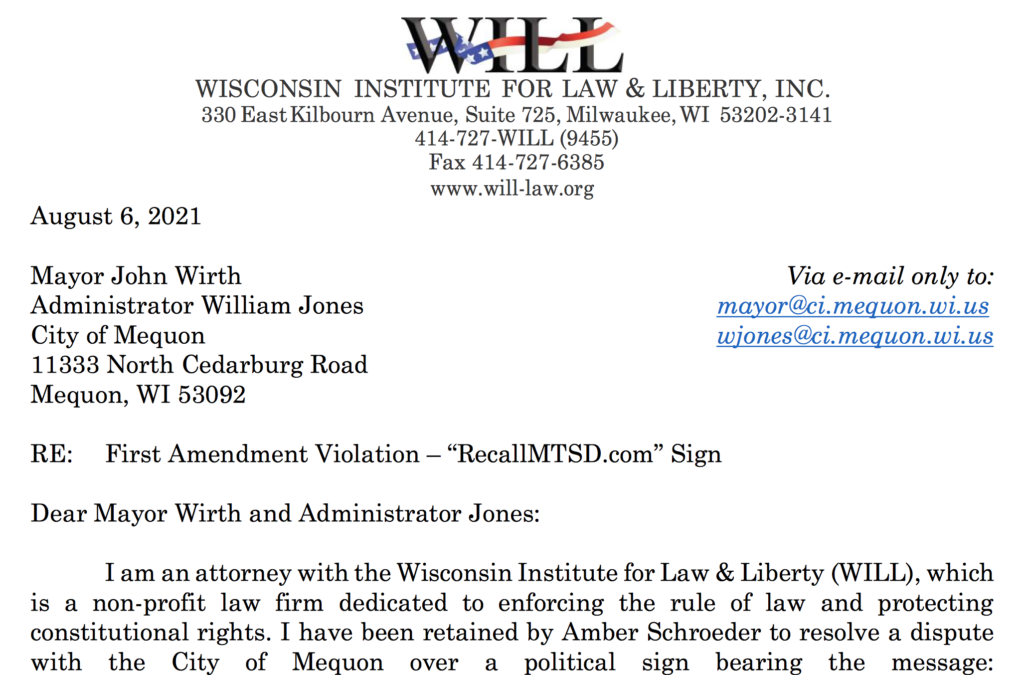 Since WILL’s letter was sent, the city has agreed not to enforce the sign ordinance against the group, providing a Constitutional win for the parents of Mequon-Thiensville.

While the group knows that they still have a steep hill to climb to secure enough signatures for the recall, they are thankful for WILL’s help.

We feel this was a huge step in protecting not only our constitutional rights, but the constitutional rights of the residents in the City of Mequon as well. The Mayor has promised to review the ordinance to ensure this doesn’t happen to anyone in the future, and that is what I am most grateful for.
Myself and the entire Recall MTSD team are thankful for all the support we have received from the community, and being able to use our signage again is vital to our success.