The gun used to kill Officer French was supplied by a felon who, you guessed it, should have still been in jail. But Dane County Judge Berz sentenced him to just three years probation in 2018. The maximum sentence should have been fifty years.

The soft-on-crime movement killed her. Politicians who are more concerned with pleasing the woke mob and defunding the police killed her.

Judges who hand down ridiculously soft scoldings instead of real punishment and worry only about their own reelection killed her.

Our thoughts and prayers go out to Officer French’s family and all the men and women of law enforcement. 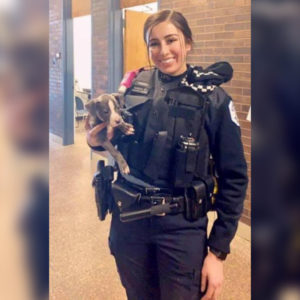