When Governor Evers shut down the economy back in March of 2020, his administration apparently did not realize that by doing so, many Wisconsinites would need to file for unemployment.

The Evers administration was caught flat footed, the UI system was overwhelmed and many of our friends were left in desperate straits because of the Governor’s incompetence.

Now we find out that, despite Evers’ assurances that the problem was fixed, the UI system is still not working.

Federal guidelines require that 80% of a state’s appeal decisions be made within 45 days. In Wisconsin, only 17.5% of cases are resolved in a timely fashion.

We would call the bureaucrats in Madison a bunch of chuckle heads if so many people weren’t hurt so we will call it what it really is: Despicable. 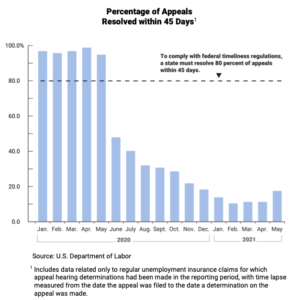 Another Audit Finds Evers’ Handling Of UI Is A Disaster