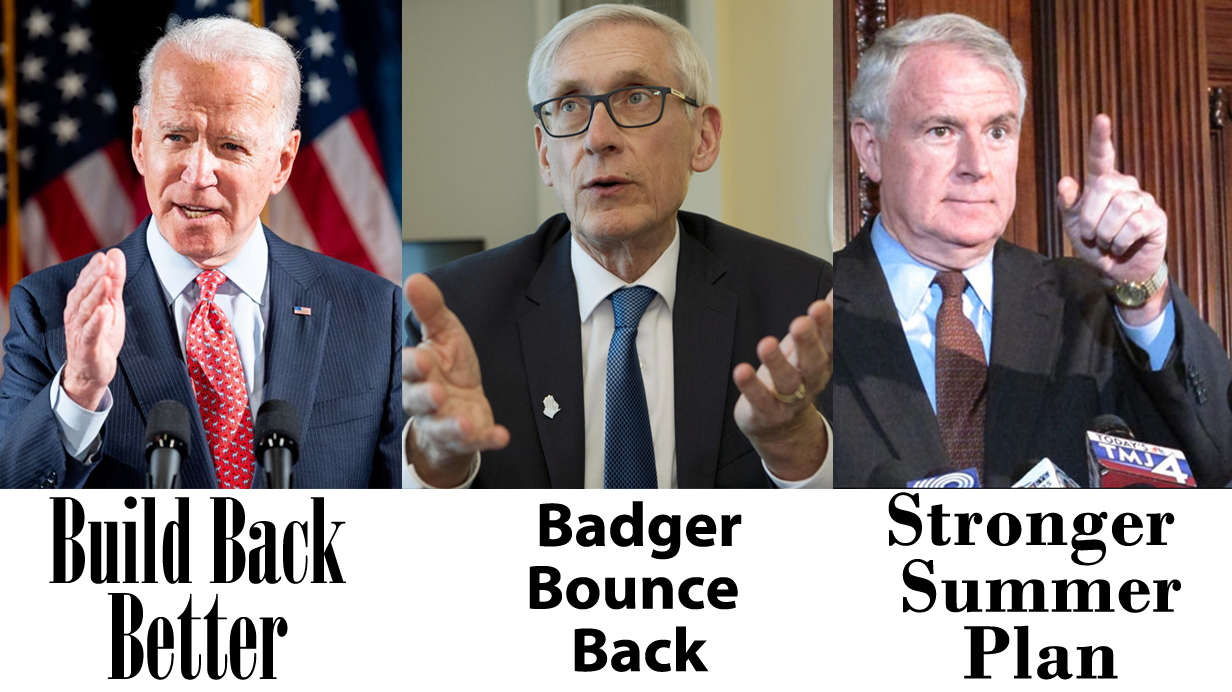 On Monday, Milwaukee Mayor Tom Barrett held a public meeting to explain his “Stronger Summer Plan,” his initiative to spend the first $93 million of the $394 million that the City of Milwaukee received from the federal American Rescue Plan Act (ARPA). In each proposal, Barrett’s top priority and focus was race equity and inclusion.

“Recovery funding will explicitly address equity as we recover—and build resilience for the future,” according to his presentation.

The Mayor lauded his $13.4 million investment in employment and job training. Under his plan, the city will partner with Employ Milwaukee (the government workforce development board for Milwaukee County) to try to drum up Milwaukee employees. $2.7 million of that will go toward a Century City Clean Energy Jobs effort that will “identify and define the jobs and skills needed to support Milwaukee’s Clean Energy economy both now and over the next 5-10 years.”

His plan also includes a whopping $30.4 million for “affordable and sustainable housing” projects with the City Housing Authority. $15 million of those dollars would go toward renovation of the Westlawn public housing project to replace 394 low-income units. That adds on top of an existing $30 million federal grant for the same project. Another $5 million will pay for energy efficiency upgrades in low-income housing units, similar to what Focus on Energy does statewide on the taxpayer’s dime.

$10 million in ARPA funds would go to Barrett’s Restart grant program for small business and to “ethnic and diverse” chambers of commerce.

Finally, $1 million will go toward racial equity training and equity data collection. This CRT-style training for all citywide employees, administrators, and elected officials will teach them about “the history of systemic racism” and about “equity, inclusion, biases, micro-aggressions, etc., and identifies tools for analyzing structures and institutions of racism with an equity lens.”

These are just part of Phase 1 of the Mayor’s plan. In the fall, Mayor Barrett said he wants to spend “tens of millions” on lead abatement and lead pipe replacement “workforce, testing, physician partnerships, and prevention.” Barrett said that his Phase 1 plans are needed to fill the jobs needed to work on lead abatement and pipe replacement later on. He admitted during the public meeting that the lead abatement program in Milwaukee has had some big issues in the past, but did not say how he would mitigate those issues now.

The $93 million that Barrett wants to allocate this summer is less than 25% of the $394 million that Milwaukee has received from ARPA. The city has until the end of 2024 to allocate the remaining $300 million and until the end of 2026 to spend the funds. Barrett called this an opportunity to be smart and thoughtful with the funds. Barrett multiple times urged citizens to call the Common Council to tell them to pass his plan.