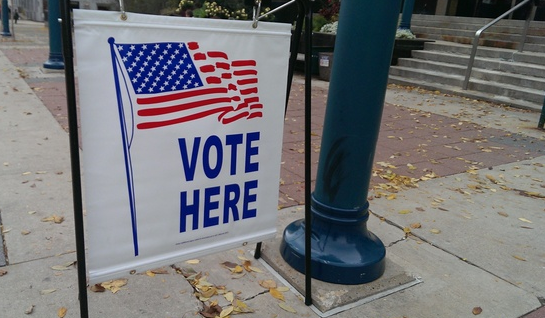 Earlier this week, the Wisconsin State Assembly passed multiple election integrity bills that were created as a result of distrust in the outcome of the 2020 presidential election. Six of them are headed to Governor Evers’ desk.

This is what passes for a “secure ballot drop-box” during the City of Madison’s Fraud errrrrr Democracy in the Park event today. pic.twitter.com/yQS8HKY5F5

Legislators also passed SB 204, which requires all absentee voters to show a voter ID prior to receiving an absentee ballot and makes it a felony to use the indefinitely confined voter status to bypass voter ID requirements. The bill also requires municipalities to provide hourly election night updates on how many absentee ballots they have received and how many they have counted.

Shortly after @SenSchachtner spoke at the grand opening of a local Kwik Trip, she declared she was indefinitely confined on her absentee ballot application. @DanODonnellShow points out that’s #electionfraud. https://t.co/mN6z5ZARQh #WIright pic.twitter.com/eKkwXaFH0T

Justice Roggensack says WEC gave “erroneous” advice that clerks could correct mistakes on absentee ballots and that Dane County could collect ballots at Democracy in the Park. Neither was legal. #WIright

SB 292 says that, if a municipality broadcasts or livestreams their election proceedings, then they must keep their recording of the event for 22 months after the fact.

Finally, the Legislature passed AB 173, a bill which prohibits governments from making contracts or taking revocable, conditional grant funds for election administration from a private group. The bill would require any funds from an elections grant to go through the Wisconsin Elections Commission before being distributed per-capita to municipalities statewide. The bill also prohibits local election officials from abdicating election administration responsibilities to workers from private groups.

One more bill, SB 209, still has yet to be passed by the Assembly, but has been passed in the Senate. The bill creates a new law about returning ballots through a drop-box and sets specifications for the boxes. The box must be attached to the same building as the municipal clerk’s office and prohibits the use of any other drop boxes for delivering absentee ballots.

These six bills, along with one that awaits a vote in the Assembly, are almost certain to be met with the Governor’s veto pen. Be sure to follow The MacIver Institute as we keep you updated on the status of these bills.