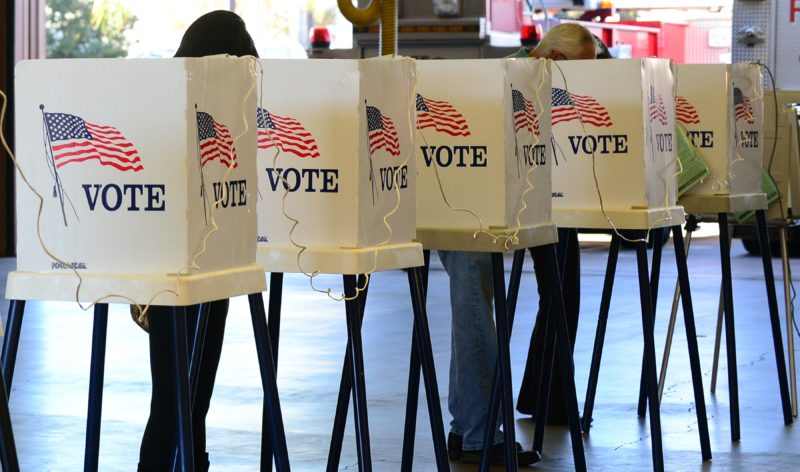 The Wisconsin Legislature this week passed four spectacular bills that would prevent the sort of chicanery that tainted the 2020 presidential election.

One blocks municipalities from accepting private money to for election administration; the sort of back-door bribe that allowed Mark Zuckerberg-aligned liberal groups to essentially take over election operations in Green Bay and gain unprecedented access to ballot data in Milwaukee.

A second bill closes Voter ID loopholes and reforms Wisconsin’s indefinite confinement law.  A third provides a blanket ban on ballot harvesting, while a fourth tightens voting in the nursing homes and long-term care facilities that have long been hotbeds of fraud.

All four bills are expertly crafted.  All four cut to the heart of the most serious problems with Wisconsin’s elections.  And all four will be vetoed.

Herein lies the problem with any election integrity law in Wisconsin: One party doesn’t want election integrity.  Any Democratic governor—Tony Evers or literally anyone else—will block literally any Republican effort to clean up the state’s elections and make it more difficult for corrupt partisans to put their fingers on the scale.

Democrats happen to like their fingers on the scale, which is why they have a tendency to put those fingers in their ears whenever evidence of election irregularities is presented.  The reason for this is obvious: Democrats are the ones who invariably benefit from such irregularities.

With such a strong incentive to keep allowing municipal clerks and state and local election officials to do whatever they can to maintain a partisan advantage, there is almost no chance that meaningful election reform can pass with a Democrat running the executive branch.

The only way to ensure voter integrity, then, is to bypass the executive branch altogether and take the case for fair elections directly to the people through an amendment to the Wisconsin Constitution.

Common Sense Wisconsin, a new conservative organization, is rallying both public and legislative support for what it is calling the Elections Equity and Uniformity Amendment, which is rooted in four core concepts: Uniformity of election laws, reliability and predictability of in the enforcement of said laws, neutrality in the administration of elections, and independence from the influence of outside money.

“Election laws must be uniform throughout the state,” Common Sense Wisconsin explains on its website.  “Voters must be treated the same and votes must be counted uniformly.”

Last November, they were not.  Election workers in Milwaukee and Madison had far different (and, of course, looser) standards for accepting absentee ballots than smaller, more Republican-leaning cities that actually enforced the laws governing mail-in absentee voting.

What’s more, the ability to vote absentee in person varied dramatically based on the city in which a voter happened to live.  Milwaukee and Madison had far more hours of early voting than any other municipality, which amounts to the dictionary definition of unequal access to the ballot box.  Would state law ever allow polls to be open on Election Day for 12 hours in Milwaukee but 15 hours in Menasha?  Of course not.  So why is Milwaukee allowed to have so many more hours of early voting than Menasha?

This is perhaps the best proposal yet to clean up Wisconsin’s elections.  New laws are of course needed, and so too is a new governor and attorney general to enforce them, but so long as there are politicians who benefit from corrupt elections, there will be elected leaders who want to keep them. A Constitutional amendment takes them out of the equation.

A Constitutional amendment would prohibit this dramatic inequality, just as it would bar “last minute changes and altering of [election] rules,” which “breeds confusion among voters and distrust in the system.”

Just days before last April’s Wisconsin Supreme Court election, Governor Evers sought to delay Election Day voting because of the COVID-19 pandemic or move to an all-mail election.  In Milwaukee, Mayor Tom Barrett—who was running for re-election—closed all but five polling places, which made it next to impossible to vote in person.

This obvious disenfranchisement would be difficult to block without a Constitutional amendment barring it, as mayors would otherwise be able to cite all manner of “emergencies” that would allow them to close polling places.

Hence, Common Sense Wisconsin’s proposed amendment would be centered on the notion that the “administration of elections must be carried out in a manner that does not favor any political party over another.”  Last year, they clearly were not.  At every turn, the Wisconsin Elections Commission and municipal clerks in the state’s five largest cities did their level best to ensure a huge Democrat advantage.

Not coincidentally, those five cities accepted millions of dollars in grant money from Zuckerberg’s Center for Tech and Civic Life and, as a condition, had to submit to liberal special interest groups usurping an inordinate amount of control over the administration of the presidential election in those cities.

This is why Common Sense Wisconsin’s fourth and final precept is that “the funding and administration of elections cannot be turned over to private organizations.”

This is just, well, common sense.  So too is a binding Constitutional amendment that forces partisan and easily corruptible mayors and governors to enforce Wisconsin’s election laws fairly and administer elections cleanly.

In order for such an amendment to be ratified, it must first be passed in identical form in two different sessions of the Legislature.  Once it does, a ballot question is put to voters in the next general election.  The current Legislature can start holding hearings right now and work toward passage of the amendment this session.

To put pressure on legislators, Common Sense Wisconsin is urging each one of the state’s 72 counties to put the following advisory referendum on the ballot in the November 2022 general election: “Should the Wisconsin Legislature prepare and place on the statewide ballot a Constitutional Amendment requiring that election administration, access to ballots, and counting of ballots be as nearly uniform as practicable?”

The answer is a resounding yes.  And members of the public should begin demanding that their county leaders get this referendum on the ballot. In the counties that do, it is almost certain that an overwhelming majority of voters will support it.  This will provide momentum for the new Legislature to pass the amendment again and then get it on the ballot by November 2024, the next presidential election.

This is perhaps the best proposal yet to clean up Wisconsin’s elections.  New laws are of course needed, and so too is a new governor and attorney general to enforce them, but so long as there are politicians who benefit from corrupt elections, there will be elected leaders who want to keep them.

A Constitutional amendment takes them out of the equation and ultimately puts the ability to reform the state’s elections back where it belongs: In the hands of the people.