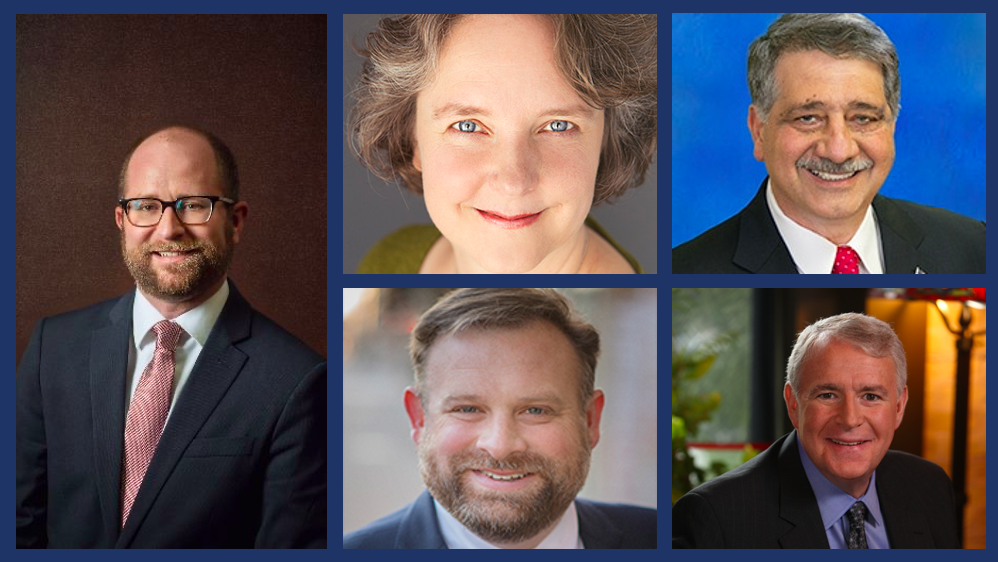 The mayors of Milwaukee, Madison, Green Bay, Racine, and Kenosha may have violated Wisconsin’s open meetings law when they met in secret to discuss an election grant from a liberal special interest group.

When the mayors of Wisconsin’s five largest cities met on Zoom to discuss how they would apply for and then use an election grant from Facebook founder Mark Zuckerberg’s Center for Tech and Civic Life (CTCL), they may have violated the state’s Open Meetings Law.

Recently released emails reveal that last May, Racine Mayor Cory Mason emailed his fellow Democrat mayors in Milwaukee, Madison, Green Bay, and Kenosha to set up a virtual meeting during which “the Elections Planning Grant will be discussed.”

That grant—from CTCL—was ultimately awarded to the five cities, which were dubbed “The Wisconsin Five.”  In both Green Bay and Milwaukee, CTCL deployed a partner organization, the National Vote at Home Institute, to essentially take over the administration of the presidential election.

The National Vote at Home Institute’s Wisconsin director, Michael Spitzer-Rubenstein, was given unprecedented access to ballot data and even ballots themselves and so thoroughly (and almost certainly unlawfully) took over Green Bay’s election planning that the city’s municipal clerk quit in disgust.

In Milwaukee, he demanded a daily email from the director of the city’s election commission with detailed statistics on which ballots had been returned and which were still outstanding.  He was so brazen that he even asked for access to the city’s absentee ballot database.

Each of the “Wisconsin Five” mayors—each a highly partisan Democrat—secretly conspired to usurp the authority of their own municipal clerks and take over planning for and administration of the presidential election in direct violation of state law.

He was denied, but it was worth a shot: Green Bay actually gave him access to the secure room where absentee ballots were stored prior to Election Day!

All of this runs contrary to Wisconsin law, which requires that “each municipal clerk has charge and supervision of elections and registration in the municipality.”  So illicit was the “Wisconsin Five’s” election takeover, it seems, that even the process by which it came about was more than likely unlawful.

The five mayors—Mason, Tom Barrett of Milwaukee, Satya Rhodes-Conway of Madison, Eric Genrich of Green Bay, and John Antaramian of Kenosha—met at least four times on Zoom over a period of several months to discuss the grant money that would eventually lead to CTCL’s election takeover.

Almost no one in the state knew about these meetings until last week.

This would appear to violate Wisconsin’s Open Meetings law, which requires that “all meetings of all state and local governmental bodies shall be publicly held in places reasonably accessible to members of the public and shall be open to all citizens at all times unless otherwise expressly provided by law.”

This law applies to any “state or local agency, board, commission, committee, council, department or public body corporate and politic created by constitution, statute, ordinance, rule or order” and would seem to apply to the “Wisconsin Five” mayors since the Racine Common Council passed a resolution effectively ordering them to meet to discuss the CTCL grant.

As strange as it sounds for one city’s legislative body to dictate policy for four other cities, this is precisely what happened last summer.  Emails reveal that the Common Council voted to accept the first phase of the grant and then directed Mayor Mason to work with the other four mayors on a plan to get the rest of the money.

“Acceptance of this planning grant was approved by the Racine Common Council last night,” Racine’s strategic initiatives manager, Vicky Selkowe, wrote in a June 3 email.  “Great news. We now have only until June 15th to develop a robust plan for election administration for all five of our communities, and we of course need to build in time for all Mayors and relevant staff to review and edit the plan.”

The Racine Common Council, therefore, was giving its mayor—and, weirdly, the mayors of Milwaukee, Madison, Green Bay, and Kenosha—a directive to submit a joint proposal for the CTCL grant.  Because of this, it seems as though the mayors were subject to the Open Meetings Law and violated it by meeting in secret to discuss their joint bid.

In 2017, the Wisconsin Supreme Court determined that “where a governmental entity adopts a rule authorizing the formation of committees and conferring on them the power to take collective action, such committees are “created by…rule” under § 19.82(1) and the open meetings law applies to them.”

The Racine Common Council’s action in June amounted to a rule requiring Mason to coordinate with the other four mayors, thereby creating a de facto committee that was rather obviously set up to “take collective action” on the grant.

According to minutes from the Common Council’s June 2 meeting, “$60,000 of these grant funds will be retained by the City of Racine and $10,000 will be distributed to each of the cities of Green Bay, Kenosha, Madison, and Milwaukee for this coordinated planning.”

The Wisconsin Supreme Court determined that “where a governmental entity adopts a rule authorizing the formation of committees and conferring on them the power to take collective action, such committees are “created by…rule” under § 19.82(1) and the open meetings law applies to them.”

By accepting the $10,000, Green Bay, Kenosha, Madison, and Milwaukee accepted the Common Council’s terms and agreed to “coordinated planning” on how to obtain more money from CTCL.  This means that they were effectively a committee formed by a government entity and authorized to take collective action.

By meeting in secret, they thus likely violated the Open Meetings Law.  The punishment for each violation is a fine of between $25 and $300, meaning that each mayor would only be subject to a maximum of $1,200 in fines for the four known meetings.

However, the implication of these secret meetings goes well beyond a mere Open Meetings Law violation.  Each of the “Wisconsin Five” mayors—each a highly partisan Democrat—secretly conspired to usurp the authority of their own municipal clerks and take over planning for and administration of the presidential election in direct violation of state law.  In secret, they opted to do this by essentially turning over election management to private liberal groups that had no legal authority to be anywhere near the planning or administration of any election, much less a federal one.

Each of these mayors must be held to account if there was indeed a violation of the Open Meetings Law, but a far more pressing concern is a full and impartial criminal investigation into the extent of their cities’ patently unlawful handling of the election itself.

If laws were broken—and it certainly appears that they were—then in the interest of transparency and good government (the very ideals the Open Meetings Law was drafted to uphold) the public has a right to know.