After decades of bipartisan consensus that receiving government benefits should come with some modest requirements of beneficiaries to perform a basic job search or attain further training, Evers’ budget would reverse course and make it easier for Wisconsinites to stay on a variety of government assistance programs.

In the FoodShare Employment and Training (FSET) program, under current law, able-bodied adults (ages 19 to 49) WITHOUT dependents have to work or receive job training for an average of 80 hours per month in order to receive benefits, or 20 hours a week. Individuals who do not comply with work requirements for three months in a 36-month period become ineligible for FoodShare.

The requirement was one of the most important of Walker’s welfare reforms.

Under Evers, the job search requirement is eliminated. 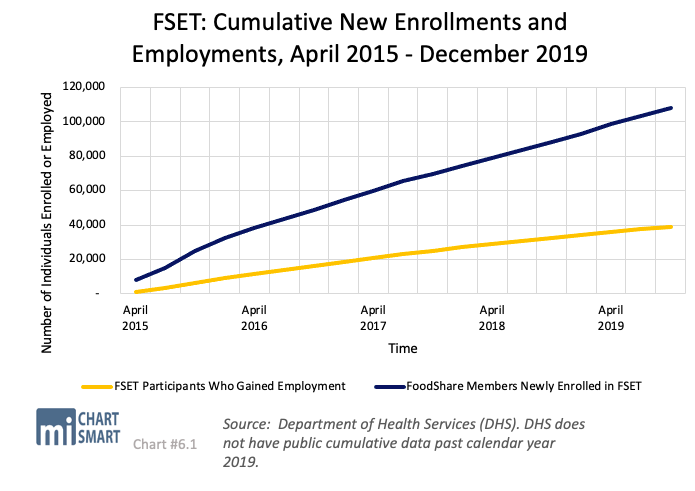 As Wisconsin comes out of the pandemic, childless able-bodied adults are a key group that should be encouraged to get back into the workforce. Instead, Evers’ plan makes it easier for them to stay on government assistance longer.

His budget would also repeal drug screening, testing, and treatment requirements for able-bodied adults without dependents who participate in the FSET program.

When Governor Walker originally proposed these requirements, he said “We know employers in Wisconsin have jobs available, but they don’t have enough qualified employees to fill those positions. With this budget, we are addressing some of the barriers keeping people from achieving true freedom and prosperity and the independence that comes with having a good job and doing it well.”

According to Gov. Walker, drug screening, testing, and treatment were needed not only to protect taxpayers, but they were also needed to help the people in the program beat addiction so they would have a better chance of escaping poverty.

In addition, Gov. Evers’ 2021-2023 budget proposal eliminates the pay-for-performance incentive program for vendors who participate in FSET. In the past, vendors in this area were rewarded financially if they successfully moved an individual from welfare to self-sufficiency.

FSET is the largest job training program in the state, and Walker’s welfare reforms leaned heavily on FSET initiatives to help Wisconsinites get off government assistance and move towards independence. Wisconsin’s Department of Health Services (DHS) has regularly reported average FSET wages and weekly hours. However, DHS under Evers has not reported FSET data as regularly as the previous administration.

In December 2019, FoodShare participants transitioning to full-time employment made on average $14.46 an hour, nearly double the state minimum wage

From April 1, 2015—when Walker’s welfare reforms originally took effect—through December 31, 2019, a total of 39,084 Wisconsinites gained employment through the FSET program.

The FSET data also show that hourly wages for participants have increased over time. In quarter two of 2015, average FSET participant wages were $8.77 per hour. In that same time period in 2019, average wages had risen to $14.46 per hour. 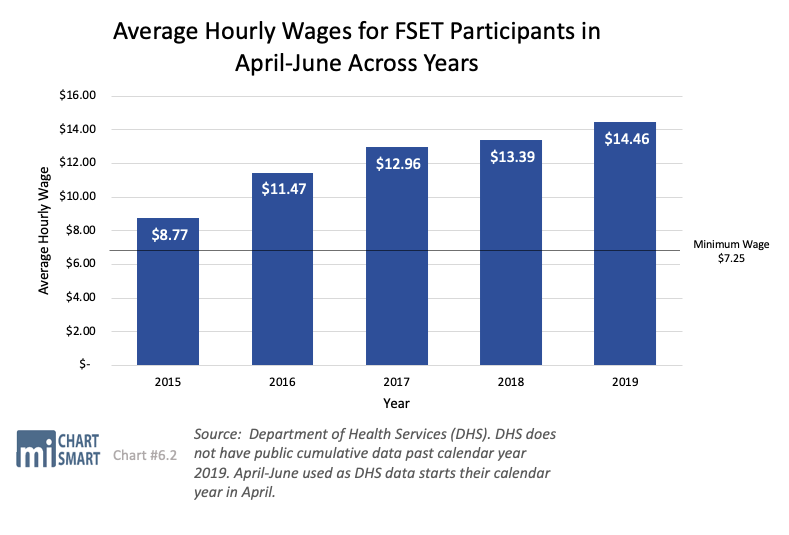 As the health crisis winds down and businesses need workers, Evers’ changes will make it easier for able-bodied adults to stay on government assistance programs.

BadgerCare work requirements largely mirror those for FoodShare benefits. Under Walker, able-bodied adults without children had to work, train for work, or look for work for 30 hours per week to receive BadgerCare health insurance. That’s the federal maximum states can require, but Evers eliminates the requirement.

By eliminating welfare reforms for programs from FoodShare to Medicaid, Evers’ budget completely reverses the Walker-era trend of requiring some effort to move off government assistance in return for the support of taxpayers.

Unlike other single-issue analysis pieces on Evers’ budget proposal that MacIver has published in the last several weeks, welfare reform crosses many agency boundaries. Government agencies including the Department of Health Services, the Department of Children and Families, and the Department of Workforce Development are all involved in various welfare initiatives.

Stay tuned for more analysis that you, the taxpayer, need to know about Gov. Evers’ budget.