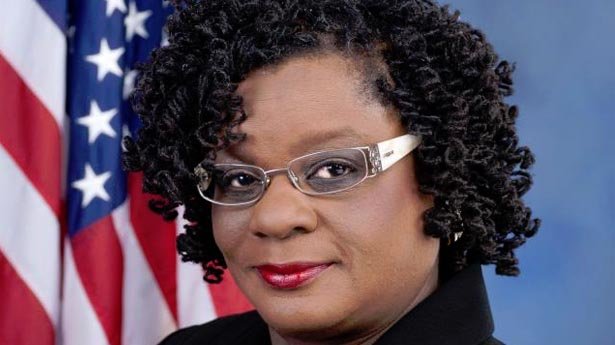 In the early 20th Century, an Irish-born cook in the New York City area named Mary Mallon was dubbed “Typhoid Mary” after families for whom she worked kept coming down with Typhoid Fever.

Each time a new infection broke out, Mallon denied that she was the source, but after 53 people contracted the disease and three died in seven of the eight households in which she worked, authorities determined that she was an asymptomatic carrier and forcibly quarantined her.

After her release, she infected 25 people, killing three, while working at a women’s hospital in New York.  She was forced into a second quarantine and once the press got wind of her story labeled her with the now-legendary sobriquet of “Typhoid Mary.”

That name is now synonymous with recklessness in public health; someone so callous and uncaring as to not particularly care whether she would infect others, and whether those infections would kill them.

More than a century later, it seems Wisconsin has its own Typhoid Moore-y.

Over the past week, Wisconsin Congresswoman Gwen Moore risked the lives of hundreds of her colleagues, their families, members of the media, and fellow airline travelers when she flew to Washington, D.C. to vote for Nancy Pelosi in Sunday’s House leadership election.

On May 26th, Moore wrote to the Clerk of the U.S. House of Representatives to inform her that Moore is “unable to physically attend proceedings in the House Chamber due to the ongoing public health emergency.”  Even though she herself did not contract COVID-19, she believed that the global pandemic prohibited her from traveling to Washington, D.C., so she authorized Virginia Representative Don Beyer to vote for her by proxy.

Moore was one of 14 Democratic House members to take advantage of this new proxy voting system enacted near the beginning of the COVID-19 outbreak.  For the rest of the year, Moore avoided D.C. and had Congressman Beyer cast all of her votes for her.

Ironically enough, it was only when Moore contracted COVID-19 did she feel the need to return to the House floor.

On December 28th, Moore announced on Twitter that she had tested positive.

“I am following guidance from my doctor and am isolating from others,” she wrote. “I am thankful to be feeling well. And I do not foresee this disrupting my work for Wisconsin’s Fourth [Congressional District].”

This wasn’t entirely true.  Moore had steadfastly refused to represent her district in Washington for a full seven months, but she was telegraphing a return to do one thing and one thing only: Vote for Nancy Pelosi for a new term as Speaker of the House.

Pelosi knew that she faced her most difficult vote yet—with just an 11-seat Democrat majority and the possibility of several defections—and thus needed every possible vote she could get.

With the start of the new term on Sunday, the old rules allowing for proxy votes expired.  Since the first order of business in the new Congress was the election of leadership, Moore wouldn’t be allowed to cast her speaker vote through Congressman Beyer.

Pelosi knew that she faced her most difficult vote yet—with just an 11-seat Democrat majority and the possibility of several defections—and thus needed every possible vote she could get.

Neither Gwen Moore’s COVID-19 diagnosis nor the health and safety of hundreds of House members, their families, staffs, and members of the media would keep her from another term as Speaker.

Six days after she disclosed her diagnosis, Moore was back in Washington, D.C.  Her chief of staff told The Washington Post that Moore “has cleared her travel with the congressional attending physician and will be flying from Milwaukee ahead of the vote.”

Tellingly, he did not say whether Moore had ever tested negative.

When Moore arrived at the Capitol for Sunday’s vote, she refused to take even the most basic precautions against infecting others.  She was not the only member of Congress who was recovering from COVID-19 or who had come into close contact with someone who had it.  She was, however, the only one who didn’t stay inside a bubble designed to quarantine them from other representatives.

“This bubble sort of looked like a Pope-mobile for the quarantined members to vote from,” said one source who was on the House floor for the vote.  “Two Democrats and one Republican used it.  Moore didn’t.  She walked in the normal groups with regular members, their families, and reporters (and right past me) less than a week after announcing that she had COVID!”

When Moore arrived at the Capitol for Sunday’s vote, she refused to take even the most basic precautions against infecting others.

POLITICO reporter Olivia Beavers apparently noticed Moore’s carelessness and asked her if she had tested negative before arriving on Capitol Hill.

“[Moore] told me [the] outside House floor that she hasn’t received a negative COVID test after she announced last week she had tested positive, but says she has followed CDC guidelines to quarantine for 2 weeks + she has listened to advice of her doc who said she could come today,” Beavers tweeted.

This explanation was a rather obvious lie.

Neither Moore nor her staff have said when Moore actually tested positive, so it may be presumed that it was either on or within a few days of when she announced her diagnosis on December 28th.  If this wasn’t the case—if Moore had actually tested positive much earlier and had finished a CDC-recommended quarantine—why didn’t she say so?

If, as one might surmise, she was still contagious when she got on a plane and endangered everyone onboard and then endangered every member of the House (many of whom are older and more at-risk for serious COVID-19 complications) with whom she came into contact, then the conclusion is inescapable: Gwen Moore is perfectly willing to risk lives for political gain.

This callous calculus was perfectly acceptable to (and likely ordered by) Pelosi, who won a new term as Speaker by just five votes.  Neither she nor Moore cared at all about the hundreds of people they endangered so long as they achieved their political objective.

Such thoughtlessness is apparently rampant among Wisconsin’s Democratic Congressional caucus, as Madison Congressman Mark Pocan endangered dozens of his state’s most vulnerable people when he dropped his COVID-positive mother off at a new nursing home in November.

Even though he knew that his mother had a test pending, Pocan didn’t want to inconvenience himself by waiting a few days for results to drive his mother to her home so he took her anyway.

Nursing home residents have of course been among the most frequent victims of the COVID-19 pandemic, making Pocan’s recklessness especially unforgivable.

Pocan clearly recognized the risk of contracting COVID from his mother, as he told the Milwaukee Journal Sentinel that he wore a mask while driving her, but he did not appear to think for a second to afford similar precautions to the residents and staff of his mother’s new nursing home by keeping her out until her test results come back.

Like Typhoid Moore-y, Pocan’s objective (dropping off his mother when he wanted to, not when it was safe for others) clearly outweighed the physical well-being of everyone around them.

Both Moore and Pocan claim to be compassionate, caring politicians who regularly chide Republicans for their supposed thoughtlessness for not supporting mask mandates or bloated COVID relief bills, but in truth they care about no one but themselves and their political allies.

Nancy Pelosi needed a vote, so Moore blew her nose, coughed into her elbow, and hopped on the next plane.  Mark Pocan needed to get his mother into her new home when he wanted to, so he hopped in his car.

Nothing—and no one else—mattered, and this sort of cold-hearted selfishness isn’t just reckless; it’s downright wicked.