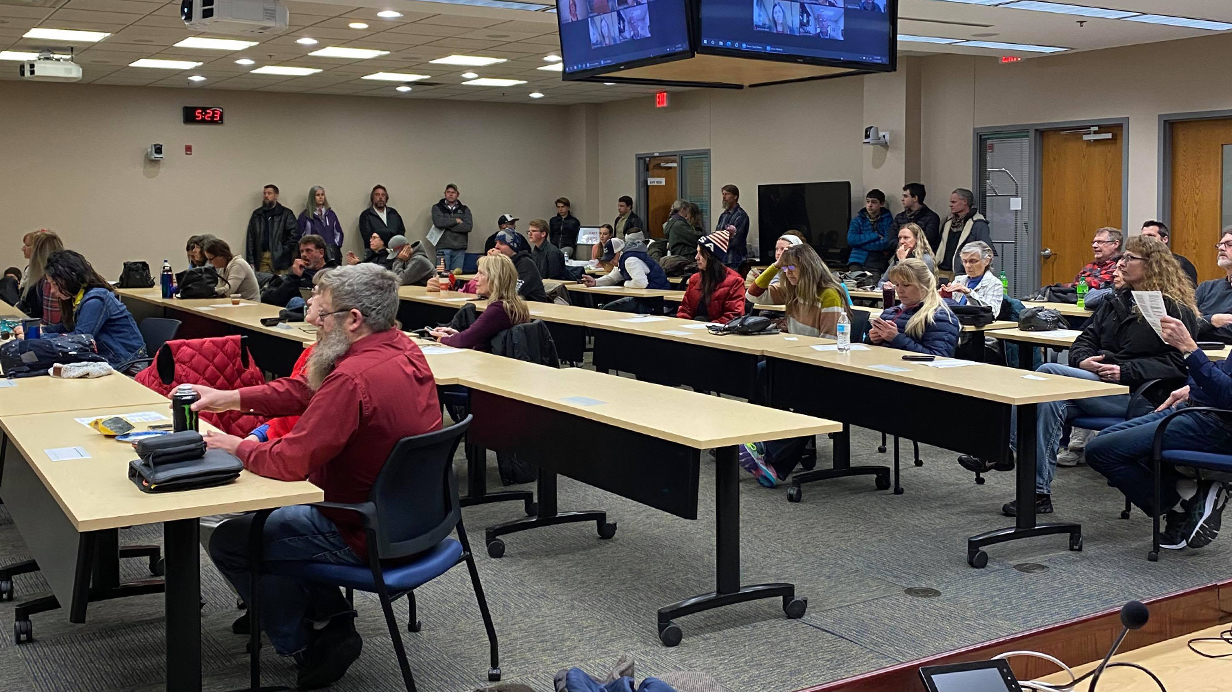 Hundreds of residents pushed back throughout committee process

County says if it doesn’t takes residents’ freedom, the state or feds will

Full board scheduled to vote on ordinance on Nov. 17th

The residents of St. Croix County might not be happy with plans for a new public health ordinance, but officials say they only have themselves to blame.

“We’ve been running roughshod in this county. No one wearing a mask, no one socially distancing,” Supervisor Scottie Ard scolded during a committee meeting on Veterans Day.

The new ordinance would allow the public health officer to issue mask mandates and limit gatherings whenever the county averages more than 25 new COVID cases per 100,000 people over a two-week period. That’s a moderate level of activity according to DHS

“We have to send some kind of message that this is serious and people need to take responsibility,” said Supervisor Deb Lindemann.

County residents overwhelmingly oppose the proposed ordinance. Hundreds have spoken out, in person, at public hearings.

“I along with thousands of others oppose not only this ordinance, but also your persistence to push this after being met with overwhelming disapproval every single time it’s on the agenda,” local resident Brandon Wallin said at the Nov. 11th meeting.

This pressure has caused the county to back off a little. The original draft would have allowed the public health officer to raid homes, force health screenings on individuals, and isolate anyone she suspects of being sick. It also would have applied to any communicable disease.

The corporation attorney says the current draft only applies to COVID and would end on Jan. 31, 2021. Supervisor Ard insisted on the short timeframe because she believes it won’t be needed after the Biden Administration comes in and cracks down on everyone.

Supervisor Ard believes the ordinance will no longer be needed after the Biden Administration comes in and cracks down on everyone.

“We have a new federal administration that will be coming in and I have no doubt that there will orders coming on a national basis,” Ard predicted.

Supervisor Ard argued residents’ only hope of preserving their individual freedom, is to let the county take it away before the federal government does it.

“We are going to have the state come in, or the federal government come in, and they will shut us down. Then we will have truly lost our freedoms,” Scottie Ard said. “This is the time to act. It is the time to take control of what is happening in this county and preserve the freedoms that we have.”

She argued that freedom not only comes with personal responsibility, but is contingent upon it.

“It’s all about freedom. Well with freedom comes responsibility, and that responsibility at this point in time is standing up and being brave enough to not just support the veterans, but to go out and fight like they did,” Ard said.

St. Croix County Supervisor Scottie Ard says it’s better for the county to take away residents’ freedom, before the state or feds do it.
She supports a plan to allow the county health officer issue mask mandates and limit businesses and gatherings. #COVID #WIright pic.twitter.com/zDAfYjVUmM

Just minutes before, Ard and her fellow committee members heard from residents who said government intervention – not COVID – is destroying their lives.

“During the statewide shutdown my family was out of work for almost two months. We didn’t qualify for grants. We didn’t qualify for loans. Our right to work was taken away from us. And we were left to fend for ourselves,” Rachel McCardell of Hudson testified. “It was a terrifying place to be as a young mother, who is also expecting.”

“It’s no wonder you’re having so much trouble finding business owners to speak in favor of your ordinance,” Brandon Koziol from Somerset said. “What business owner can afford to survive in general right now much less with your additional tax on their livelihood?”

Ard said businesses are failing because residents won’t comply with the government.

Ard said businesses are failing because residents won’t comply with the government.

“This ordinance may not be palatable to many people, but I don’t like the idea of having to say goodbye to businesses. I don’t like the idea of having bar owners call me to tell me they’re going to shut down especially when it’s establishments that have been in this county for generations. But again, this comes down to personal responsibility. So for all of those who are not wearing masks, who are not socially distancing, I can’t hold you accountable personally, but when a business closes and you’re one of the persons who likes to hang out there without a mask or socially distancing, than do stand up and take credit for that business closing,” Ard said.

All in all, Ard felt the committee as a whole was going to easy on residents. She wanted a $500 fine every time someone is caught without a mask.

At the end of the Nov. 11th meeting, the HHS committee voted to recommend the proposal. The full county board is expected to take it up on Tues. Nov. 17th.

One resident who gave public testimony said the committee members sealed their political fates by supporting the ordinance.

“You’re in those positions because we, as residents, haven’t paid close enough attention. That has changed. It would be in your best interest to listen to constituents if you like your roles serving St. Croix County, because we’re ready to start replacing all of you,” Wallin said.

Brandon Koziol said “We’re getting tired of fighting for freedom in the country that was supposed to be built on it.” 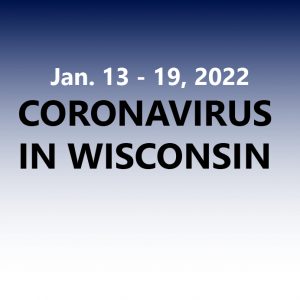