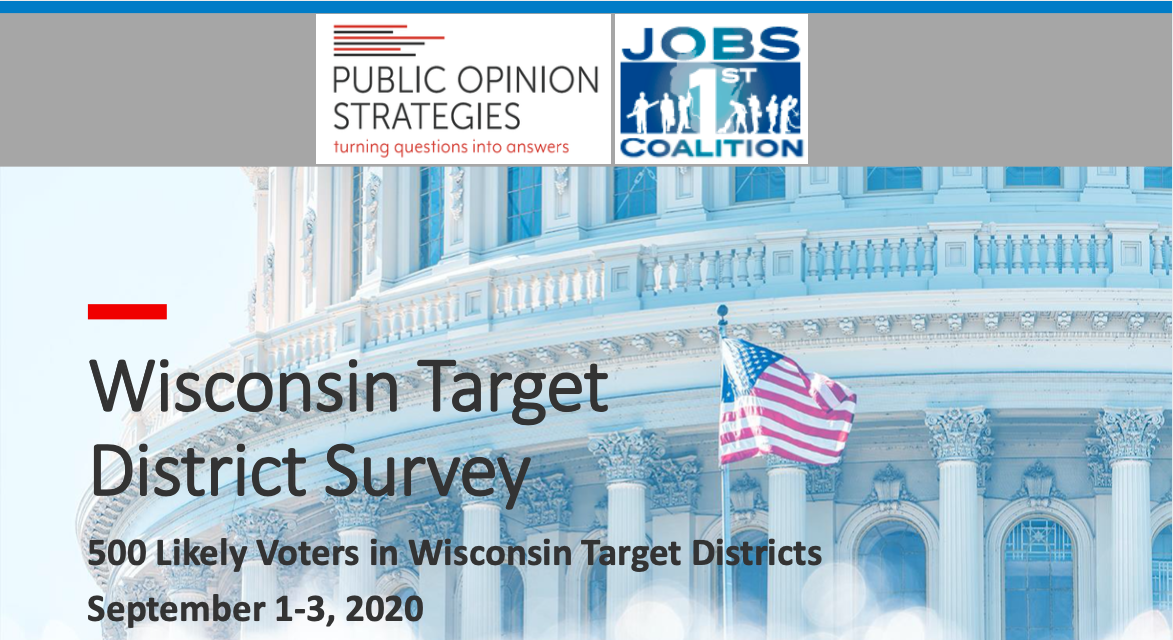 Biden up 51 to 45 over President Trump

A new poll published today shows a tightening Presidential race within a hyper-charged political environment in southeast Wisconsin. The poll was published by the Jobs First Coalition, a “not-for-profit advocacy group devoted to making the creation and retention of family-supporting jobs the top priority of government and community leaders in Wisconsin.” The poll was carried out between September 1 – 3, with 500 likely voters surveyed from five targeted legislative districts surrounding the city of Milwaukee. Public Opinion Strategies, a firm based in Virginia with a long history of polling in Wisconsin, conducted the polling and research for the Jobs First Coalition.

While the sample size of 500 likely voters across five separate legislative districts is on the small side, there are some interesting trends and themes that emerge from the research.

The top priority of Wisconsinites, no surprise here, remains COVID-19 at 28% and restarting the economy is second at 18%. The next two, however, may catch some experts and pundits off guard. The third most important issue for likely voters in southeast Wisconsin is fighting crime and lawlessness at 16%. “Social justice for the oppressed and minorities” comes in fourth at 12%.

Given all of the media attention the Jacob Blake shooting has garnered and the subsequent protests and rioting, some might be surprised that social justice wasn’t a higher priority for voters.

For Republicans, the top issue facing the state is crime and lawlessness at 34%, followed by “rebooting the economy” at 29%.

For Independents, the next priority after COVID-19 is the economy at 21%.

Given that COVID-19 is the clear top priority for Wisconsin voters, a follow-up question asking participants if they think businesses and schools can reopen safely provides some timely insight.

A majority of respondents, 55% to be exact, “believe that businesses and schools can take precautions, operate safely and be open.” Many school districts around the state have just made their initial decision on whether to begin in-person, on-site learning.  MacIver covered the last second decision by some districts to cancel in-person, on-site instruction, leaving some parents to scramble in search of better learning environments or to make arrangements so an adult would be home with their child.

This poll shows that most want schools open and they believe reopening schools can be done safely. 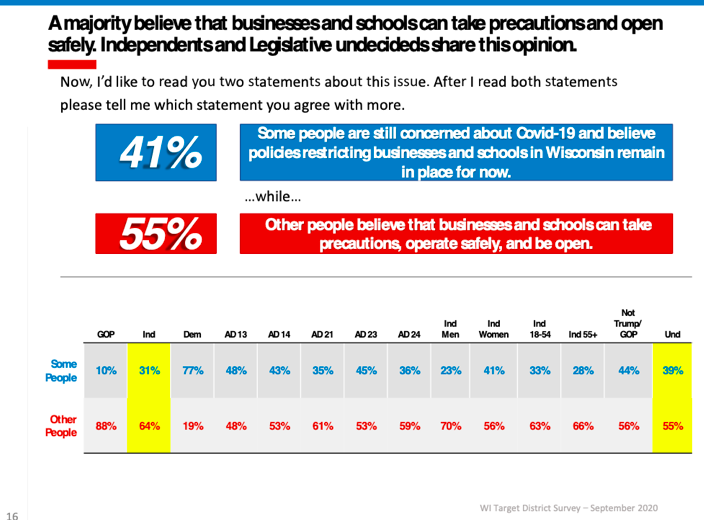 MacIver will continue to update this story with more insights and data from the poll that you need to know. Check back at MacIverInstitute.com for more analysis throughout the day.