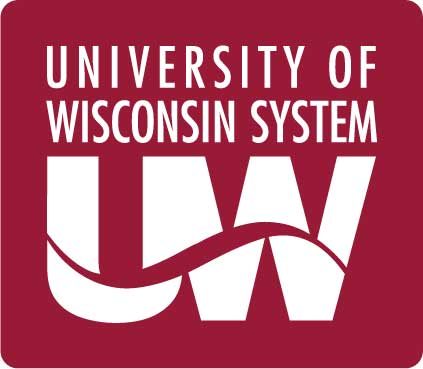 Unrestricted funds, also known as the System’s “slush fund,” dropped slightly to $867 million as COVID-19 closures has yet to impact audit figures 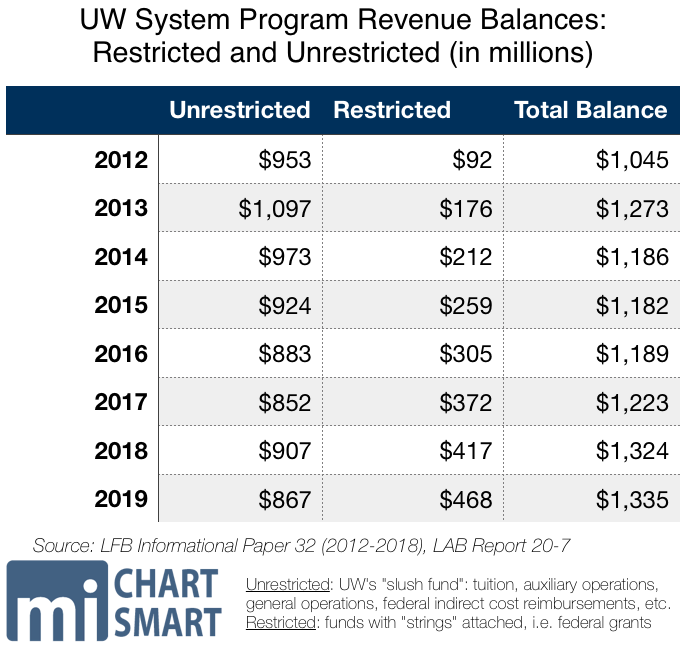 The figures reflect balances as of June 30, 2019, and therefore do not include the impact of the COVID-19 pandemic. University instruction went fully remote in March through the remainder of the spring semester.

A new program revenue report that reflects the pandemic’s effect on balances is forthcoming for the October 2020 meeting of the Board of Regents. At its June meeting, the UW System Administration reported that unrestricted program revenue balances are estimated to be $650 million as of June 30, 2020, according to the audit. 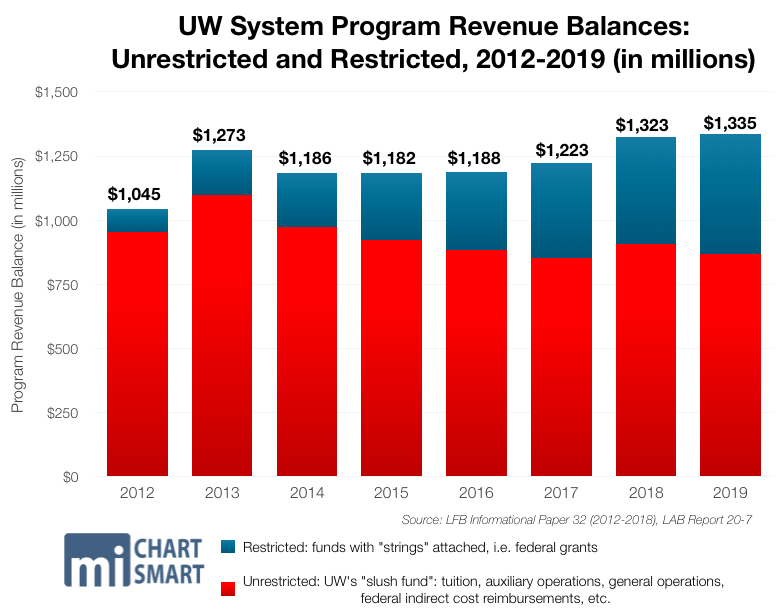 Unrestricted balances, however, do not have restrictions on their use. Those balances come from tuition, auxiliary operations, general operations, federal indirect cost reimbursements, and other sources.

Unrestricted balances came to be known as the UW System’s “slush fund” following 2013 revelations that the system held more than a billion dollars in unrestricted balances, even though students had faced 5.6 percent annual tuition increases for years. Then-Gov. Scott Walker implemented a system-wide tuition freeze for in-state undergraduate students thereafter, and the Legislature ordered the UW System to spend down its balances. 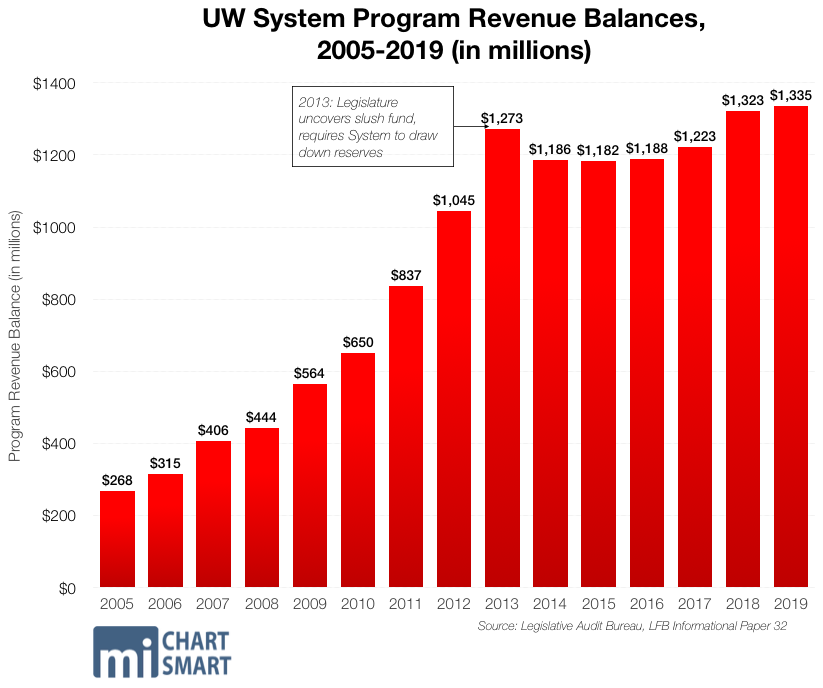 The audit also shows the UW System has a total net position of $5.4 billion, the same as the year before but lower than prior years.

Gov. Tony Evers recently announced that his administration would cut state agency spending by $250 million in response to lower-than-expected revenues. In response, System President Tommy Thompson urged the Governor to spare the UW System, writing that it “has already born a disproportionate share of state cuts to date.”