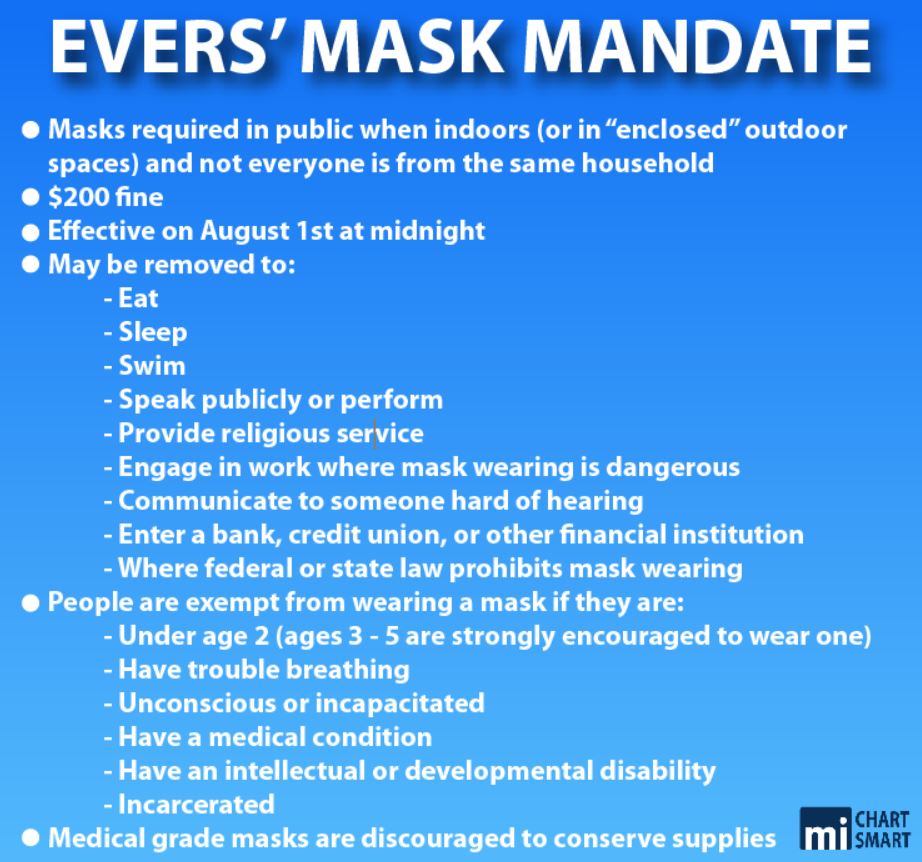 Can You Appropriately Virtue Signal?

It is nearly impossible to confront the totality of misinformation being used as the basis of pushing for mandatory mask laws. The entire experience we are going through and witnessing is an exercise in goal post moves (that would make even Bill Belichick blush) and Orwellian wording. The fact is that Gov. Evers and like-minded politburo bureaucrats have never been correct in their projections. Never.

Many in the public, especially the general media, never question Gov. Evers’ reasoning and the actual data continues to be ignored. Originally, staying inside would be our salvation. We quickly discovered the precipitous decline in our financial and psychological well-being. How is that for a side-effect of bad policy? Now, masks are the new savior and none of the known and unknown side effects are considered worrisome.

We all march in the direction we are told and never stop to wonder why or what will be the side-effects of this new “emergency.”

In the not too distant past, we were told that we needed to shut down the economy and stay at home to stop the spread of Covid-19. We needed to immediately suspend normal life as we knew it to stop mass scale deaths across the state and flatten the curve to prevent our hospitals from being overrun. If we didn’t act immediately, there would be 20,000-25,000 infected and up to 1,500 deaths by April 8th.

Never mind that enacting a statewide shutdown couldn’t prevent the spread of something that had already gotten into the public. Never mind that the actual numbers to date are 928. As of July 31, the projections are off by 3000% and 40% of working Wisconsinites lost their jobs.

These deaths are deplorable, but there is no rational basis for stating that they could have been prevented, nor did anyone claim that they would be. We needed to save the healthcare system from being overrun. We did so well at doing so, that many healthcare companies are in terrible financial condition and staff continues to be furloughed, laid off, or outright fired.

What is the justification now? Where did the goalpost move to this time, Gov. Evers?

As part of the preamble to the mask mandate, Gov. Evers states that mask mandates are a proven, effective way to slow the spread of Covid-19. WHO published a study that states the opposite. “There are currently no studies that have evaluated the effectiveness and potential adverse effects of universal or targeted continuous mask use by health workers in preventing transmission of SARS-CoV-2.” Evers cites scientific research that is being hotly debated. The 31 other states who have mask mandates do not read the same as the one he signed. 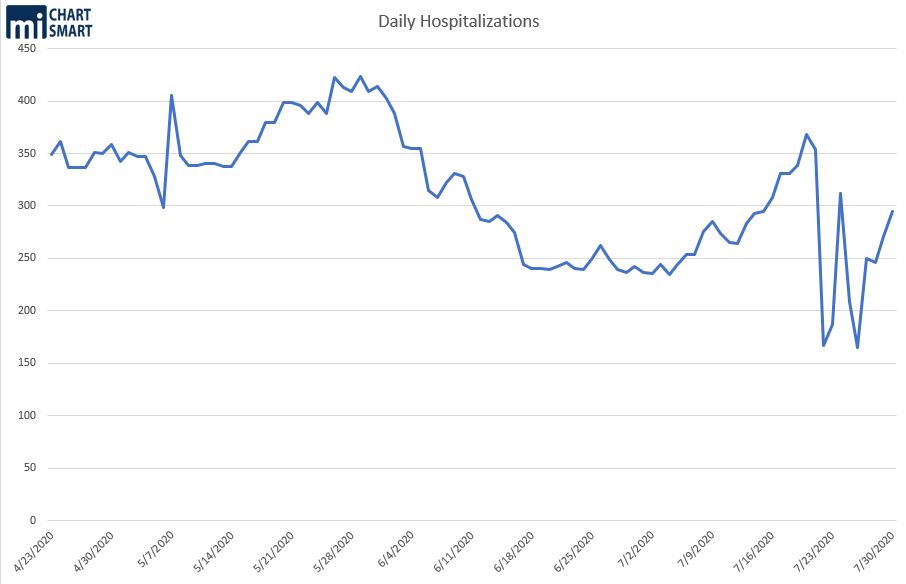 Many of those states exempt kids much older than five years of age. Wisconsin sets the age at 5. North Carolina 11. Arizona 6. Is this dial-an-age? Where is the science on that one?

Let’s not even begin to talk about the total lack of agreement worldwide on how to determine “safe distances” and indoor spaces. In the US, it is 6 feet. Somehow, in Canada and the UK, that translates to 6 1/2 feet. In China, Denmark, France, Lithuania, and Singapore it is 3 feet 3 inches. Is Covid-19 magically less effective in other countries – even the one where it originated? To go one step further: why are we following states that have far higher percentages of hospitalization and deaths than Wisconsin?

If the science is settled, then why is there so much variation in how mask mandates are put into effect? Didn’t we all grow up hearing, “if your friends decide to jump off a bridge, will you?” Gov. Evers has no right to determine what is medically necessary or effective for anyone except himself and his children. Gov. Evers is treating every healthy Wisconsinite and imposing an actual fine upon those who deem this unnecessary and ineffective. So, according to Gov. Evers, you are guilty until you prove your innocence.

To prevent yet another Supreme Court blowback, he was crafty enough to exclude himself and the Legislature from these mandates. It is the height of hypocrisy to make everyone else do something that you yourself, as a supreme member of the political class, are not required to do. This smacks of the same type of hypocrisy seen in the US Congress where Representatives do not have to follow the same financial regulations that you and I do.

Thankfully, Sen. Steve Nass is a voice of reason in this battle and calls it like it is: “Governor Evers actions today are nothing more than a political stunt to create a partisan fight with the Legislature. This is not about improving public health. Today’s emergency declaration is all about the November election and the weak performance of Democrats in this state.”

He called upon Speaker Vos and Senate Majority Leader Fitzgerald to call the Legislature back into session to pass a joint resolution ending Gov. Ever’s “new illegal and unnecessary” order.

Gov. Evers and the Mask Brigade don’t actually care about facts nor about the realities of the individuality to health. This is Virtue Signaling at its finest. Instead of helping those who need help, we are engaged in a theater of who cares more. It doesn’t matter that so much of our interpersonal communication relies on nonverbal cues, especially from facial gestures. Clearly Gov. Evers and people demanding the use of a device that has not proven to be effective do not care about the long-term harm this will cause to children because their development will be arrested. Nor does Gov. Evers care about how our health will be negatively impacted by being forced to wear a mask.

Gov. Evers and his supporters care about getting their way and it looks like they are winning this battle.

The question now is will the public roll over and allow this kabuki theatre of the absurd to continue or will Wisconsinites finally step up and fight to end this madness.

The John K. MacIver Institute for Public Policy Board of Directors

Steve can be reached at steve@maciverinstitute.com.