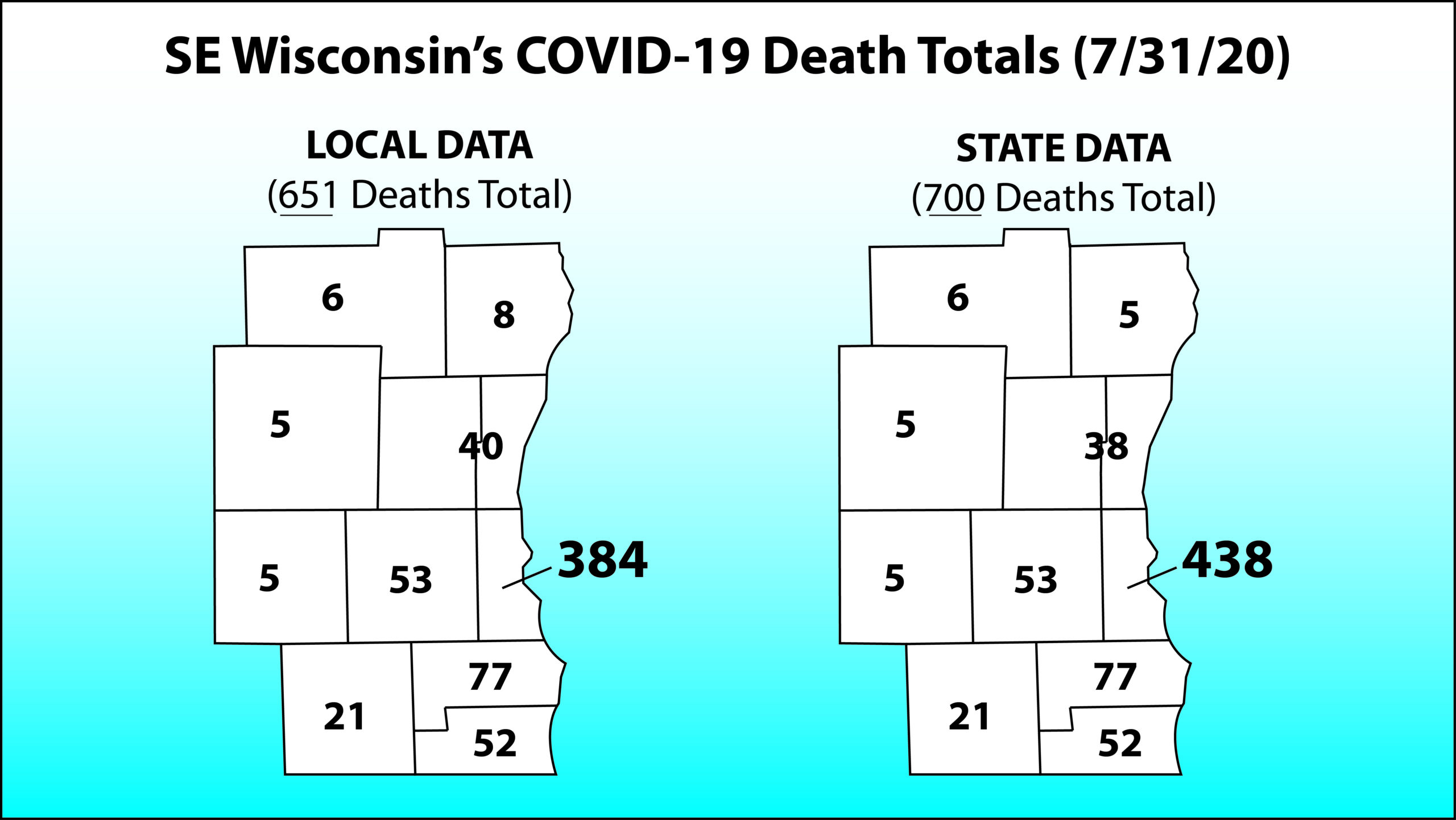 The Wisconsin Department of Health Services (DHS) claims Milwaukee County had 438 COVID-19 deaths as of July 31st, but the county said it only had 384 – a discrepancy of 54.

The Milwaukee County Medical Examiner’s Office told MacIver News that they only count deaths that occur in Milwaukee County. Staff believed the state was counting everyone with a Milwaukee home of record in the DHS total.

However, DHS says that it relies on figures provided by the county in its totals.

“Deaths must be reported by health care providers, medical examiners/coroners, and recorded by local health departments in order to be counted,” according to DHS’s COVID-19 website.

The MacIver Institute further checked the COVID-19 death totals for all the counties that surround Milwaukee County and for the counties surrounding those counties. MacIver checked both local and state data. Afterwards, the state death total was still 49 deaths higher than the combined local totals.

If DHS’ death totals are truly off by 49, that means the official state death count is off by 5 percent.

There is a note on DHS’ website that the death totals for the last two weeks are still “preliminary.” However, that still doesn’t explain where DHS got the inaccurate Milwaukee numbers in the first place. Also, as of two weeks ago DHS claimed Milwaukee County had 404 deaths, while the county only counted 366. That overcount apparently was never corrected and has only grown since then.