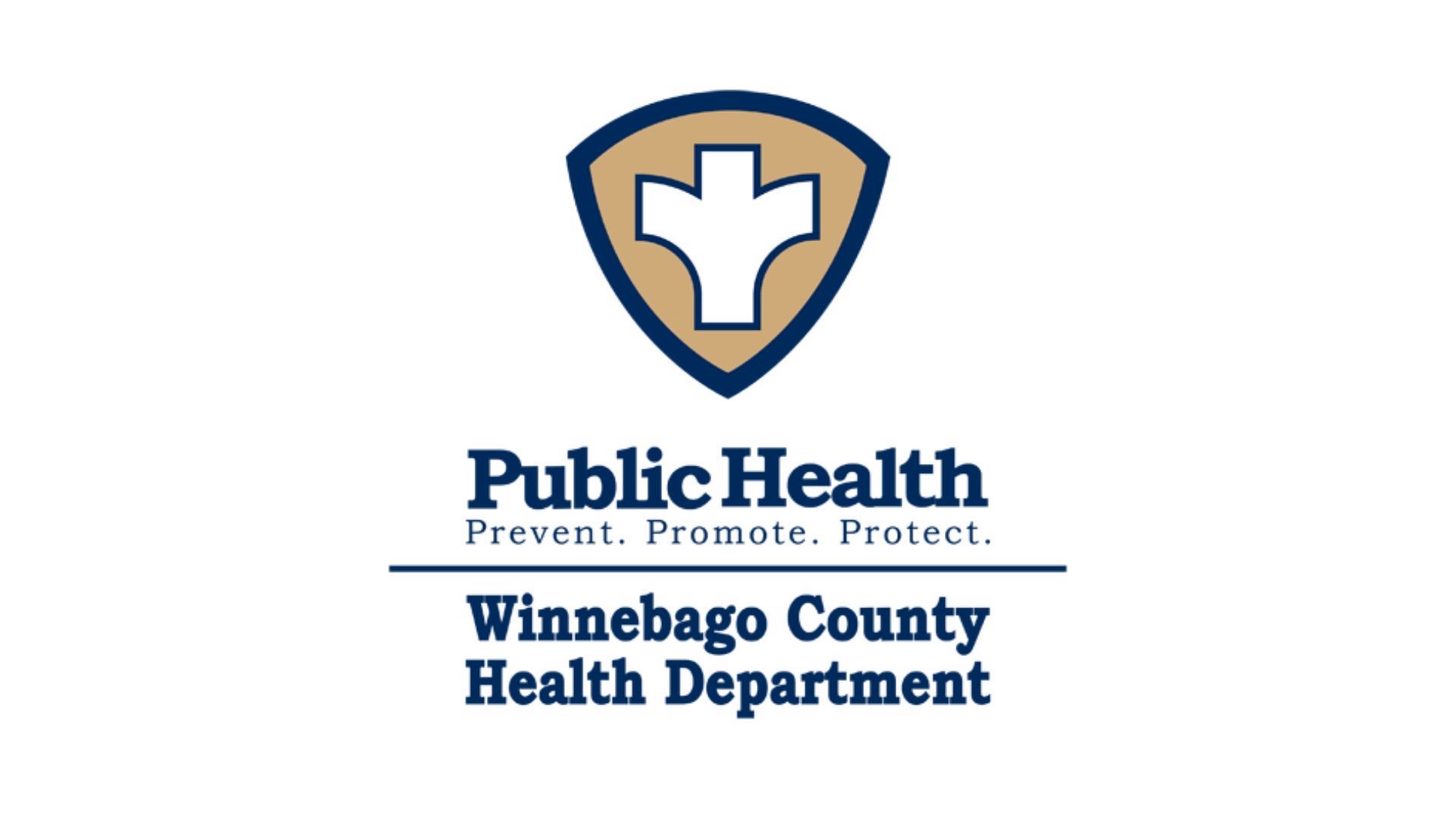 Last month, MacIver reported on several counties that had proposed or passed ordinances that would give sweeping powers to their public health officials. Below is an update on the effort to pass local ordinances to expand the powers of local health officers across the state.

Of the eight counties we discussed in our original piece, seven of them have either tabled or voted down their public health ordinance proposals. The only county that passed an ordinance was Door.

The Price County Board took a vote on their ordinance on July 16. They voted 7-6 to table the ordinance for 6 months.

250 community members, most in opposition to the proposed ordinance, were present while the Dodge County Board discussed their proposal on June 16. The County Board took public comment on the 16th, but did not take the ordinance up for a vote. The Board Chairman suggested that the board wait for the Wisconsin Counties Association’s COVID-19 working group to release their recommendations before the Board passes their final ordinance. The Board is set to reconvene on July 21, but they likely will not discuss the ordinance.

Marathon County continues to wait on the WCA’s recommendations before the Board takes another vote on their ordinance.

Winnebago and Oconto County Boards both publicly discussed their ordinance proposals without taking up a vote to pass them. Winnebago County explained their proposal to the public over a presentation on June 22. There are no new updates on the progress of their ordinance and no indication that the county intends to take it up for a vote.

Oconto County’s Law Enforcement and Judiciary Committee said on June 3 that the state would need to “de-criminalize” Wis Stat 252.5 to be able to enforce a county-level ordinance with a penalty. There have been no votes on the proposed ordinance.

When the state Safer at Home extension was defeated by the Wisconsin Supreme Court, counties questioned how the ruling affected their local public health department’s powers to control the coronavirus pandemic. Attorney General Josh Kaul said in a legal opinion after the ruling that municipalities could create their own ordinances to control the spread of virus as long as they did not put criminal penalties or fines on violators.

Dane County and the City of Milwaukee recently passed a local ordinance mandating the wearing of a mask in public. It appears that many counties and local municipalities are following the lead of Milwaukee and Dane County to pass the same mandatory mask requirement, including the City of Green Bay, which will be discussing a mask resolution at their city council meeting tonight at 6:00. MacIver is working on this story now and will publish our findings soon. If you have any information on what your local government is proposing to pass, please email us with what you have found.

Ordinances propose granting the power to hire quarantine guards with police powers, revoke businesses’ licenses for non-compliance, and issue a fine of up to $25,000.00 per violation

Since the Wisconsin Legislature v. Palm decision ended Gov. Evers’ statewide shelter-in-place order on May 13, local governments across the state have been attempting to pass their own emergency public health ordinances, giving unelected bureaucrats vast authority and unrestrained powers to combat disease. Some officials claim that state law gives them the express authority to enact an ordinance identical to the unconstitutional Safer At Home order, but local residents all over the state are voicing their concern. Residents are alarmed by the unprecedented command and control these ordinances would have over their lives and livelihoods.

The State Supreme Court ruled last month that DHS Secretary-Designee Andrea Palm violated the government rulemaking process when she unilaterally extended Wisconsin’s Safer at Home lockdown order. The Court determined that Palm’s order, because it was applied generally to all Wisconsinites and not in a targeted fashion, was actually a rule and needed to follow the standard rules process with legislative oversight.

Some local units of government apparently have contacted Governor Evers’ office since the ruling, looking for help on what can be done at the county level.

“We’ve received a number of requests from public health officers for guidance on this and so we provided information, including examples of what they can look at,” said Gov Ever’s chief legal council Ryan Nilsestuen the day after the Supreme Court ruling. “But this will be a local decision.”

A day after Nilsestuen’s statement, Attorney General Josh Kaul released a legal opinion on how the Court decision might affect the powers of local public health officials.

Kaul’s opinion said that the powers of local health officials are unaffected because “the court decision addressed a different statute applicable to a state agency, and not the statute applicable to local authorities.” Kaul highlighted the powers that local health officials already have under Wis. Stat. 252.03 and cautioned counties to tread carefully on making criminal penalties for violating a public health ordinance.

Now, a wave of county ordinances are being taken up across Wisconsin that give local public health officials great power.

The Marathon County ordinance is specifically tailored to controlling COVID-19. Others are more broad, applying to any communicable disease.

All of the ordinances allow the local health official to “take all measures necessary to prevent, suppress and control communicable diseases,” and “forbid public gatherings when deemed necessary to control outbreaks or epidemics.”

The Jefferson and Winnebago County ordinances would allow the public health officer, with a special warrant, to “enter any private property, building, place of employment, vessel or conveyance not open to the public” to investigate “the presence” of any communicable disease.

Ordinances from Marathon, Walworth, and Oconto Counties explicitly allow public health officials to “employ as many persons as are necessary to execute his or her orders and properly guard any place if quarantine.” Those new employees include “quarantine guards,” non-police officers with police powers to stand watch over an isolation location or individual.

The orders don’t say what specifically qualifies as a “place of quarantine.” For all we know, these could be hired security guards standing outside of your home or business.

One Marathon County supervisor actually floated the idea using this broad power to force infected people to wear an ankle bracelet. The idea was not included in their final proposal. According to one source, however, forcing an infected individual to wear an ankle bracelet is already legal if the county corporation counsel issues an injunction and the infected person still refuses to self-quarantine.

Some ordinances, like Door County’s ordinance, don’t directly say officers can hire quarantine guards. Implementing guards, though, would fall under the “take all measures necessary to prevent, suppress and control communicable diseases” umbrella.

“Police powers do not belong with public health administrators,” said Representative Cody Horlacher (R – Mukwonago).  “Police powers are rightfully delegated to law enforcement officials and that is where those powers should stay.”

All of these ordinances appear to give local health officials unlimited and unchecked spending authority to fight a public health emergency.

All of the proposals would include fines for people who disobey their local health officials. Fines range from a minimum of $25 in Walworth County to a maximum $25,000 per violation in Marathon County.

In the proposals from Marathon and Winnebago Counties, business owners could have health-related licenses and permits revoked for non-compliance with a health order.

Proposals from Jefferson and Dodge Counties include a prison sentence for violations of the public health order. This idea of criminalizing legal behavior goes against both AG Kaul’s legal advice and against Wisconsin Supreme Court Justice Rebecca Bradley’s position during the State Legislature v. Palm oral arguments.

“Isn’t it the very definition of tyranny, for one person to order people to be imprisoned for going to work among other ordinarily lawful activities?” Bradley had asked the Evers Administration’s legal counsel. “Where does the Constitution say that’s permissible?”

Representative Gundrum (R – Slinger) has weighed in on this same issue. “In the recent supreme court decision, justices stated that an unelected official, like DHS Secretary Designee Andrea Palm, does not have the authority to issue fines and jail sentences.  That authority belongs to elected officials.

Some of these local emergency public health ordinances have actually been rejected in a few counties – Marathon, Walworth, Jefferson, and Winnebago County.

Marathon and Jefferson County will send their proposals back to a COVID-19 ordinance working group with the Wisconsin Counties Association (WCA). The group will recommend best practices. The Greater Wausau Chamber of Commerce, Marathon County’s Chamber, opposed the ordinance as written, saying that businesses can’t be weighed down with overburdensome public policy while they’re still recovering from the statewide lockdown.

Walworth County’s proposal was rejected by the public before it was tabled. Winnebago County retracted their proposal and replaced it with a public presentation. They will reconsider it on June 22. Dodge County’s proposal attracted over 250 people opposed.

Senator Dave Craig (R – Town of Vernon) has his own concerns about the proposals. “Local governments chasing their own illegal orders would be an avoidable and unforced error which will result in huge legal fees and no upside for taxpayers. The only reason for local officials to pursue these shutdown powers is a naked desire for big-government control over the lives of citizens and businesses. It is wrong, and it is unconstitutional.”

On inspection, many of these proposals are written similarly, with the exact same language in some cases. They all cite some of the same statutes, the same abilities of the public health officer. They all cite that unchecked powers are activated when there is the presence of a communicable disease.

The similarities raise the question, was there a coordinated effort to adopt a master ordinance with broad and sweeping powers all over the state?

Health officials from Marathon and Winnebago Counties have pointed directly to AG Kaul’s legal opinion. They say that his opinion is what caused the counties to write their proposed ordinances.

Dodge County’s Corporation Counsel says they drafted their proposal because Dodge County didn’t have any public health laws on how a health official can address a communicable disease. They claimed Dodge County needed an ordinance after the State Supreme Court ruled on the Palm case. The Counsel admitted that Dodge, like many other counties, had up until then “relied on relevant state statutes” to address diseases.

Other sources have pointed to the WCA. In early March the Association released a health emergency declaration template, as well as a legal analysis on the powers of local public health officials. On May 14, the WCA released a set of considerations for counties to follow after Safer at Home was invalidated. They encouraged counties to “communicate and, to the extent possible, coordinate local public health efforts and other COVID-19 activities with neighboring counties.” They believed that a regional approach is preferable to counties working on strategies alone. “WCA encourages counties to schedule regular communication with regional neighbors to consider and share COVID-19 strategies.” Their recommendations did not mention anything about quarantine guards or other sweeping powers that are now being called into question.

MacIver will continue to update the story as we learn more.