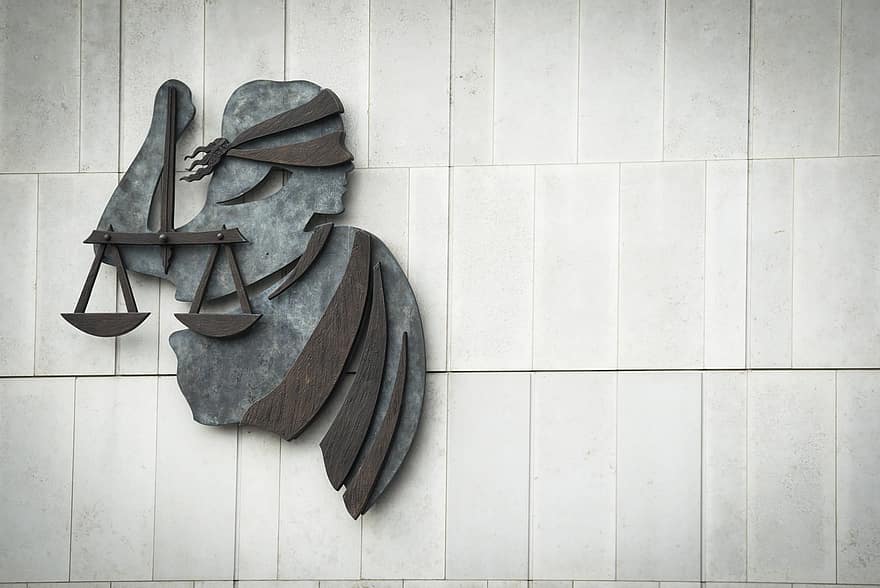 The Milwaukee County Board of Supervisors voted on July 23 to pass a resolution in support of The People’s Justice Guarantee, a federal bill that seeks to enact a long list of radical criminal justice reforms, including banning juvenile prisons, legalizing prostitution and marijuana, and funding the Green New Deal.

The County Board passed the resolution, 12-5, with one supervisor, Shawn Rolland, abstaining.

The amendment would have struck out support for the People’s Justice Guarantee and would instead broadly support any federal criminal justice reform bill that “Acknowledges the harms and ineffectiveness of mass criminalization and mass incarceration of non-violent people; Prioritizes decarceration for non-violent offenders and dramatically reduces jail and prison populations; Eliminates wealth-based discrimination and corporate profiteering; Transforms the experience of confinement; Begins to repair the damage wrought by the Violent Crime Control and Law Enforcement Act of 1994 (1994 Crime Bill), and the punitive, expensive, violent, and racist systems of criminalization, by investing in the health and well-being of communities and our nation”

The County Board resolution supporting the People’s Justice Guarantee will now be sent to all state congressmen who represent Milwaukee County.

Milwaukee County Board To Consider Resolution Supporting The Legalization Of Prostitution, Illegal Immigration And Marijuana

The Milwaukee County Board of Supervisors took up a resolution last month recommending that Congress pass a long list of policing and criminal justice reforms. Some of those proposals include decriminalizing illegal immigration, limiting the crimes that an illegal immigrant can be deported for, providing reparations to African Americans, placing a permanent ban on assault weapons, legalizing prostitution, legalizing marajuana, allowing federal funds to pay for abortions by repealing the Hyde Amendment, investing $1 trillion in low-income housing subsidies, instituting medicare for all, and funding the Green New Deal.

The resolution was taken up by the Board on June 25 after unanimously clearing the County Board’s Intergovernmental Relations Committee. The resolution calls on Congress to pass The People’s Justice Guarantee, a bill by freshman Congresswoman Ayanna Pressley (D-Massachusetts). Instead of “incarceration and policing,” the People’s Justice Guarantee wants to replace such practices with “community-based violence interruption programs,” a tactic advocated for by radical police reformists like Madison’s own Freedom Inc.

The Milwaukee County Board resolution calls the People’s Justice Guarantee a solution to the “damage wrought by the Violent Crime Control and Law Enforcement Act of 1994, and the punitive, expensive, violent, and racist systems of criminalization.”

The Violent Crime and Law Enforcement Act, or the 1994 Crime Bill, was created in response to a surge of violent crime in the 1980s. The bill created the “three-strikes” policy that requires a mandatory life sentence for felons who have committed three separate felony offenses. It also requires a mandatory minimum sentence for certain crimes, permits the death penalty for 60 offenses, requires mandatory life sentencing for serious drug crimes, allows juveniles aged 13 or older to be charged as adults for certain severe crimes, and banned the manufacturing and sale of assault-style firearms until 2004.

The legislation was spearheaded by 2020 Presidential candidate Joe Biden while he was head of the Senate Judicial Committee. It was signed into law by Former President Bill Clinton.

Milwaukee County’s resolution points to the 1994 Crime Bill as a primary cause of mass incarceration in the country. “The United States has 25 percent of the world’s prisoners, and the criminal justice system costs taxpayers $260 billion a year” the County Board resolution says.

Instead, the People’s Justice Guarantee outlines “a large-scale decarceration effort to reshape the American legal system.”

“The American legal system duplicates and maintains systems of oppression that can be traced back to slavery,” the People’s Justice Guarantee says, “and as a result disproportionately harms Black communities throughout the United States.”

How much exactly would that cost? Who would receive compensation? Reparations scholar and Duke University economist William A. Darity Jr. measures based on Gen. William Sherman’s 1865 post-emancipation promise of 40 acres of land for each of the 40,000 slaves who were freed. Assuming there are 30 million descendants of freed slaves in the United States today, Darity estimates reparations would cost the American taxpayer $2.6 trillion, or $80,000 to each qualifying African-American.

BET founder Robert Johnson proposes $14 trillion for reparations, about $350,000 over 30 years to each African-American descendant of a freed slave. “Let’s assume there are 170 million people who pay taxes in the U.S. If you break it down by days, it comes out to American taxpayers paying about $8 a day in reparations.” Johnson proposes this be administered through a progressive wealth tax.

Congresswoman Pressley’s bill would spend more taxpayer money on top of that. The bill would provide $1 trillion in funding for social housing expansion, rent payment assistance, local rent control, a $15 minimum wage, free public transportation, and a federal job position for “every person who wants one.”

The People’s Justice Guarantee calls for another kind of justice, too, environmental justice. This would be achieved through promoting, implementing, and funding the Green New Deal.

The list doesn’t end there. The federal bill claims its primary purpose is to “repair” the broken legal system. To start that process, the bill includes proposals to:

Milwaukee County Supervisor Patti Logsdon expressed concern with the bill’s regulation of firearms. The bill would pass “a permanent ban on assault-type weapons,” institute a nationwide gun buyback program, and limit production and sales of firearms.

“We wanna be careful here that we don’t take away anybody’s rights,” Supervisor Logsdon said to the County Board. “We do not want to take away any rights [that] citizens of the United States have existing.”

Freshman Supervisor Shawn Rolland had similar concerns about limiting freedoms. Rolland and Logsdon requested that the resolution be sent back to committee. Board Chairwoman Marcelia Nicholson asked board members to reject their motion.

“There is a growing consensus that past efforts supposedly aimed at reducing violent crime in this country were really about the continued repression and subjugation of black and brown people,” Nicholson wrote in a press release by the Center for Popular Democracy. “Congresswoman Ayanna Pressley’s bill, along with the one I released in my capacity as County Board Supervisor, shows that solutions for our communities require a strategy where elected leaders follow the expertise of those directly impacted.”

The motion to return the resolution back to committee failed, 8-10. It was instead tabled, 11-7, until the next board meeting. The County Board will take up the resolution again when they meet on July 23, 2020 at 9:00 am. Supervisors Logsdon and Rolland are working to draft amendments to the resolution before the July meeting.