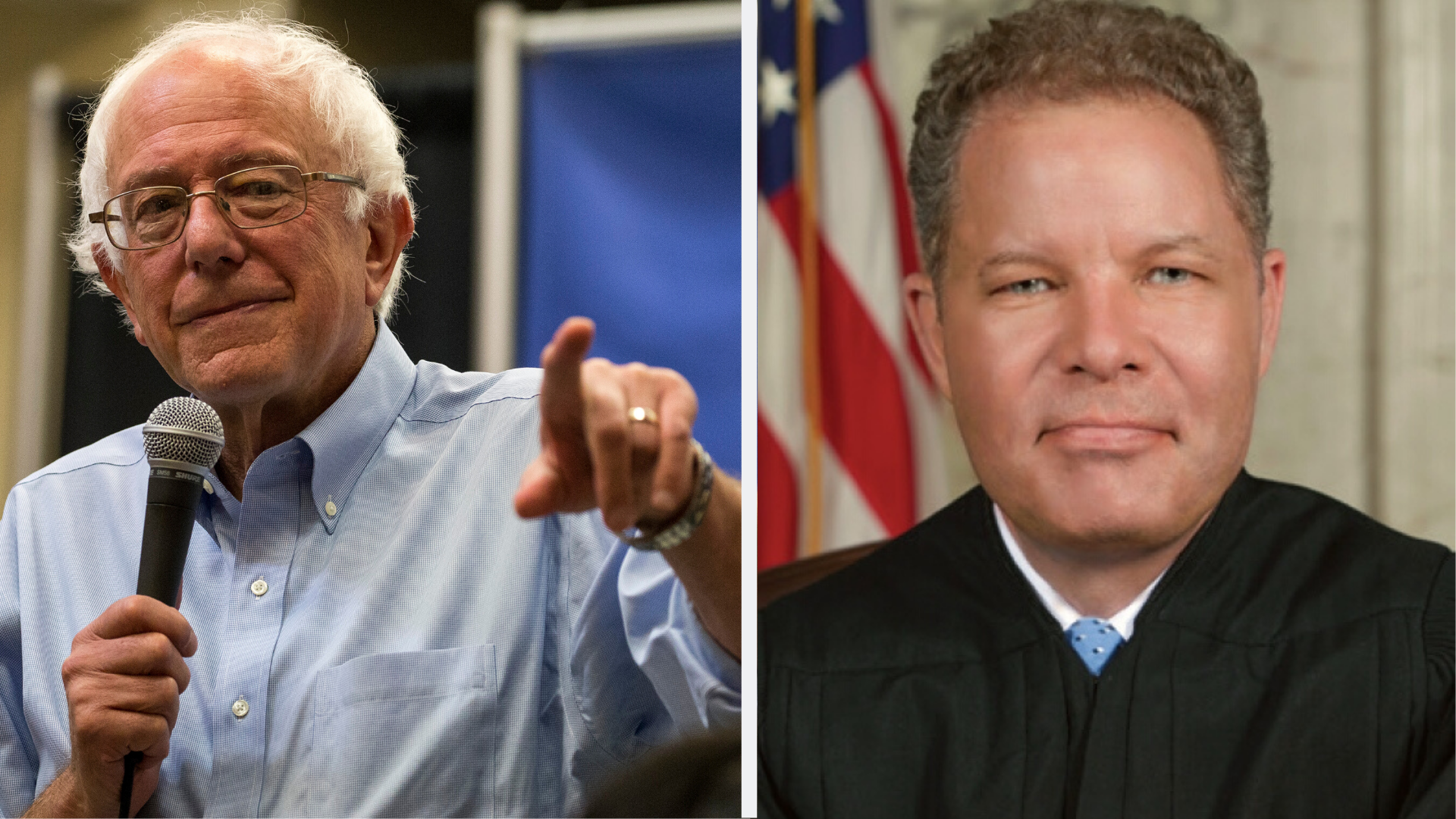 Dan O’Donnell crunches the numbers and discovers that the only reason Jill Karofsky won the Wisconsin Supreme Court election is the obvious one: Democrats had a contested presidential primary while Republicans didn’t.

Buried beneath a thick layer of spin and second-guessing is the universal truth about elections: The numbers don’t lie.

They are the cold and dispassionate antithesis to the months of push polling, attack ads, and stump speeches that preceded them, and they tell the story of the election more completely than any of them.

His presence in the race ensured that Democrat turnout would be sky-high since the party’s presidential primary was still technically contested.  Tellingly, Sanders dropped out of the race the day after Wisconsin voted…but five days before any results were released.

His campaign knew he didn’t have a prayer in Wisconsin and hadn’t had a prayer to win the nomination from Joe Biden for more than a month, yet he stayed in the race solely to boost turnout for Karofsky—a radical liberal darling backed by millions of dollars from out-of-state left-wing groups (including billionaire financier George Soros).

Because of the Coronavirus outbreak, neither Sanders nor Biden spent any time campaigning in Wisconsin and because the race was effectively over long before, neither spent any money on ads in the state.  What, then, did Sanders have to lose by staying in the race for an extra few weeks?

His supporters are legendarily loyal to him and proved it last Tuesday, casting 293,652 votes for him even though he had no chance at all of winning the nomination.  Elizabeth Warren engendered similar devotion amongst the far left.  She received 14,055 votes in the Wisconsin Primary even though she dropped out of the presidential race five days before early voting began in the state!

This was the story of the 2020 Wisconsin Supreme Court race.  Democrat turnout was simply higher because Republicans didn’t have a contested presidential primary.  That’s it. That’s the entire story. Everything else is spin.

Sanders’ remaining presence (spectral though it was) in Wisconsin ensured that liberal turnout in the state would be massive.  Four years ago, he won the state’s Democratic Primary with a staggering 57%-43% shellacking of eventual nominee Hillary Clinton.  Then, of course, his voters thought he still had at least a puncher’s chance of stealing the nomination from her (not realizing that the Democratic Party had rigged the race against him).

This year he didn’t have a chance, but his voters either didn’t realize this or didn’t care.  They turned out for him anyway, pushing total turnout in the Democratic Primary to 924,151 votes.  Even during a pandemic that had all but shut down Wisconsin, this total represented just an eight percent decrease from the 1,003,904 votes cast in the 2016 Wisconsin Democratic Primary.

By contrast, President Trump did not face a primary challenger and as such, his supporters—who are perhaps even more loyal than Sanders’—did not have an incentive to vote.  This resulted in just 628,469 total votes cast in the 2020 Republican Presidential Primary—a 43 percent decrease from the 1,101,123 cast in 2016.

This is well in line with recent primary history in Wisconsin.

The last time one party had an incumbent President and the other had a contested primary was in 2012, when President Barack Obama ran unopposed in the Wisconsin Primary and eventual Republican nominee Mitt Romney had to fend off a challenge from Rick Santorum.

As in 2020, by the time Wisconsin came up on the primary calendar Santorum’s campaign was a quixotic endeavor that existed more to boost the candidate’s ego than anything else.  Romney, like Biden, all but had the nomination sewn up, and he won Wisconsin convincingly.

With a contested primary, there were 787,847 votes cast on the Republican side but just 300,255 total votes in the Democratic primary.  Romney’s 346,876 votes easily beat Obama’s 293,914, yet Obama won Wisconsin over Romney that November rather easily.  His higher vote total in the Wisconsin Primary, then, was entirely the result of massively higher turnout among Republicans because theirs was the only contested race.

Eight years earlier, in 2004, incumbent Republican President George W. Bush did not face a primary challenge while Democrats had a hotly contested race between eventual nominee John Kerry and his eventual running mate John Edwards.  824,425 total votes were cast in the Democratic primary, in which the winner, Kerry, had 328,358—more than double the total of Bush’s 158,933.

Kerry won Wisconsin over Bush that November by just 0.4 percent, so clearly his massive advantage in the primary was meaningless.  Turnout was simply much higher in the contested primary.

This was the story of the 2020 Wisconsin Supreme Court race.  Democrat turnout was simply higher because Republicans didn’t have a contested presidential primary.  That’s it. That’s the entire story. Everything else is spin.

Since Wisconsin Supreme Court elections are nonpartisan, there may have been some Democratic votes for Kelly and some Republican votes for Karofsky, but that number is likely to be vanishingly small.  Neither candidate made any secret of their beliefs, and Karofsky practically grabbed the Democratic Party in a bearhug in her advertising.

Sanders’ election safety concerns were about as genuine as his belief that he could win Wisconsin and his presence in the race was nothing more than a get-out-the-vote effort on Karofsky’s behalf.

In return, the Democratic Party propped her up as its candidate—both in a $1.3 million ad buy on her behalf and, more importantly, in maintaining the charade that the Wisconsin Democratic Presidential Primary still mattered; that a vote for Sanders was still worthwhile.

That belief and nothing else drove Democrat turnout to levels that Kelly simply didn’t have a prayer of matching.  Had Sanders dropped out of the race when every other Democrat did (or even a few weeks later), his vote totals in Wisconsin might have been closer to Warren’s 14,055 and Kelly might have eked out a win.

Instead, he stayed in the race even as he was telling the public the night before the Wisconsin primary that holding an election during the pandemic “is dangerous, disregards the guidance of public health experts, and may very well prove deadly.”

He could have easily ensured that turnout was dramatically lower by dropping out.  He did two days later anyway, long before a single vote was counted.

Sanders’ safety concerns were about as genuine as his belief that he could win Wisconsin and his presence in the race was nothing more than a get-out-the-vote effort on Karofsky’s behalf.

The numbers don’t lie: It worked.  Karofsky won solely because Democrats had a contested primary and Republicans didn’t.  There’s really nothing more to it than that.