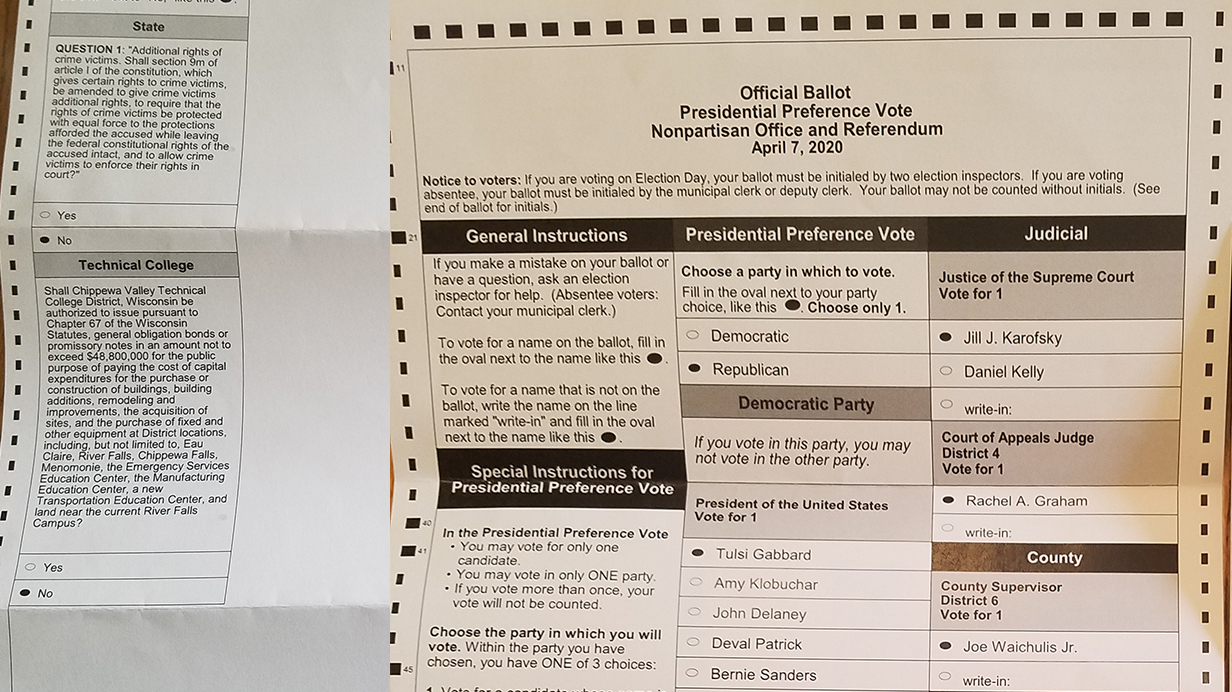 When Jim Denzine and his wife got their absentee ballots for the Town of Withee in Clark County, something was amiss. They were already filled out.

Jim’s ballot was filled in on both the front and back. It was marked “Republican,” voting for “Tulsi Gabbard” and “Donald J. Trump,” and “Jill Karofsky.” It was also marked “Yes” for the constitutional amendment and for a $48.8 million referendum for the Chippewa Valley Technical College. His wife’s ballot was filled in only on the back, and it was marked “No” for both questions.

Boehlke took full responsibility. She said she marked the ballots during a test of the equipment and failed to destroy them. She accidently sent the spoiled ballots to six voters, who exchanged them with fresh ballots.

“It wasn’t fraud, it was stupidity on my part,” she explained. “It was my mistake.”

Boehlke said the machines were reset after the test and the spoiled ballots were not counted. She destroyed them after collecting them.

Boehlke is already bracing for the next election on May 12th, when Rep. Sean Duffy’s replacement is decided. Sue said, she’s learned a lot from this last election, especially when it comes to issuing absentee ballots.

“It won’t happen again. I Promise.”

Regardless, Jim worries that mistakes like that can add up fast throughout the state and throw an election – whether intentional or not.