Since 2009, Union Membership In Wisconsin Has Dropped 43%

The Bureau of Labor Statistics (BLS) recently published its annual report on union membership for 2019. The data release shows a continuing trend of declining union membership at the national level and here in Wisconsin. 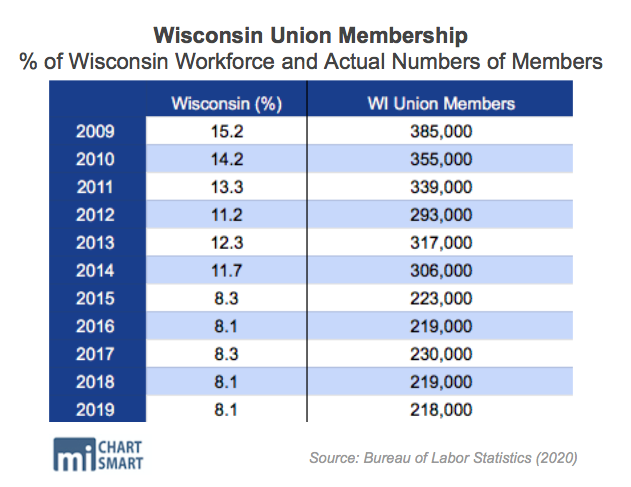 167,000 union members have chosen to leave their Wisconsin labor unions in the last 10 years, a drop of 43%

The dramatic decrease in Wisconsin’s union membership rate is often attributed to collective bargaining reform passed in the forms of 2011 Act 10 for public employees and 2015’s Right to Work law. 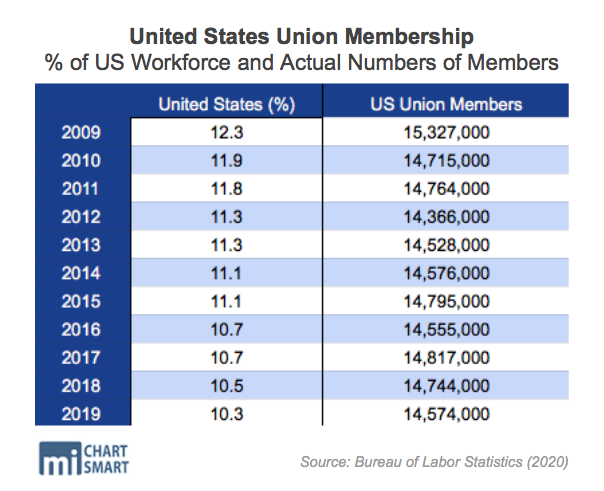 Unions nationwide also lost membership in 2019, falling to 10.3 percent of the United States workforce, compared to 10.5 percent in the previous year. This decrease amounts to 170,000 less union members in the US between 2018 and 2019.

In the past decade, unions nationwide lost 5 percent of their membership, decreasing from 15.3 million union members 2009 to today’s 14.6 million. Comparatively, Wisconsin has lost 43 percent of its union memberships over the same time period. 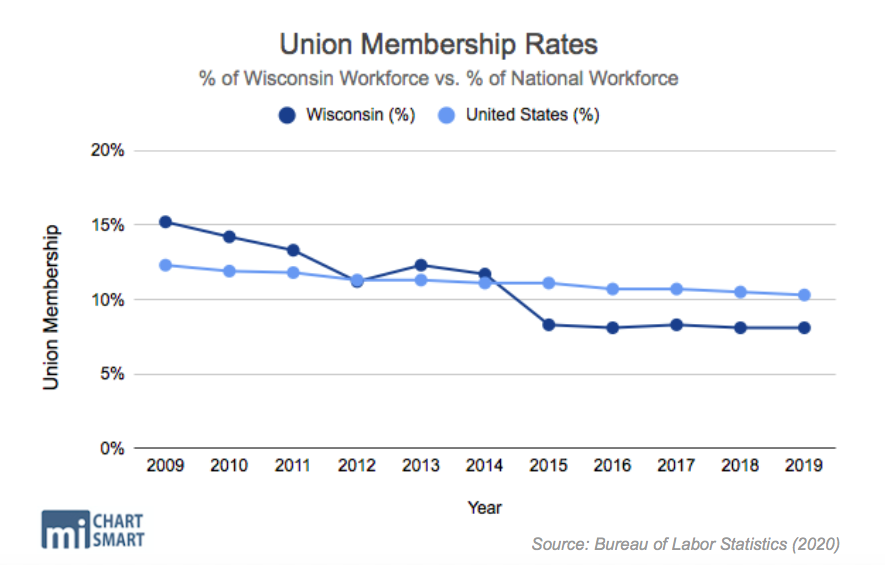 Both private and public union memberships have decreased across the country. Of the 118.9 million US private sector workers in 2018, 7.6 million workers, or 6.4 percent, belong to a union. In 2019, the number of private workers belonging to a union decreased to 7.5 million, dropping to 6.2 percent. 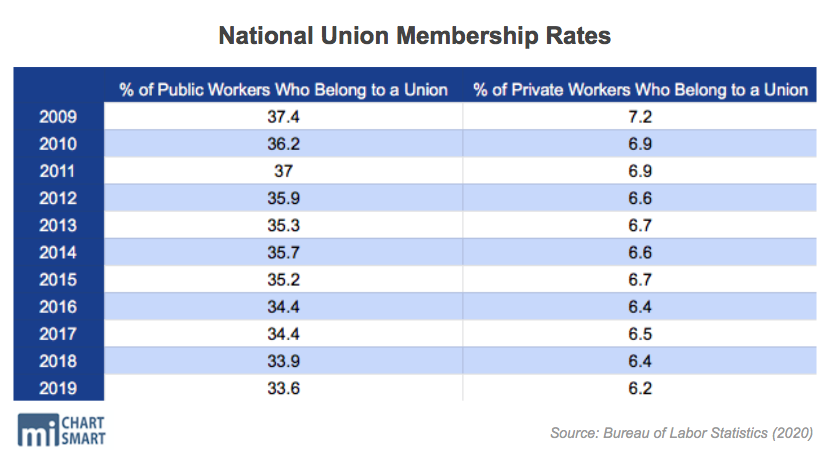 Altogether, unions across the United States have seen a net decrease of 753,000 members since 2009.

According to the 2019 BLS Union Members Summary, the “highest unionization rates were among workers in protective service occupations… and in education, training, and library occupations.” 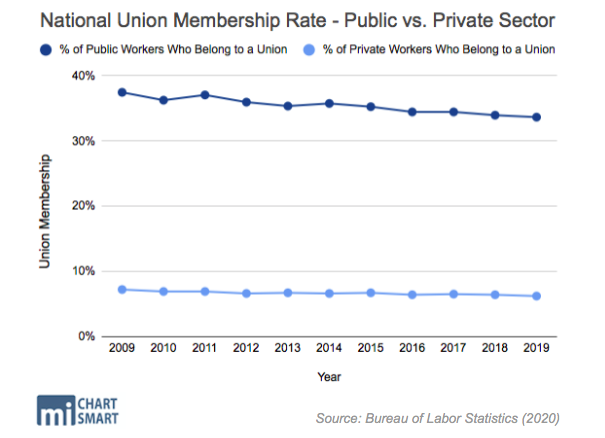 The national data show that public sector workers were almost six times more likely to be in a union in 2019 than workers from the private sector. The US private sector employs almost six times the number of workers that the public sector does, yet the number of union members for both sectors in 2019 was comparable, with less than a 1 million member difference between them.