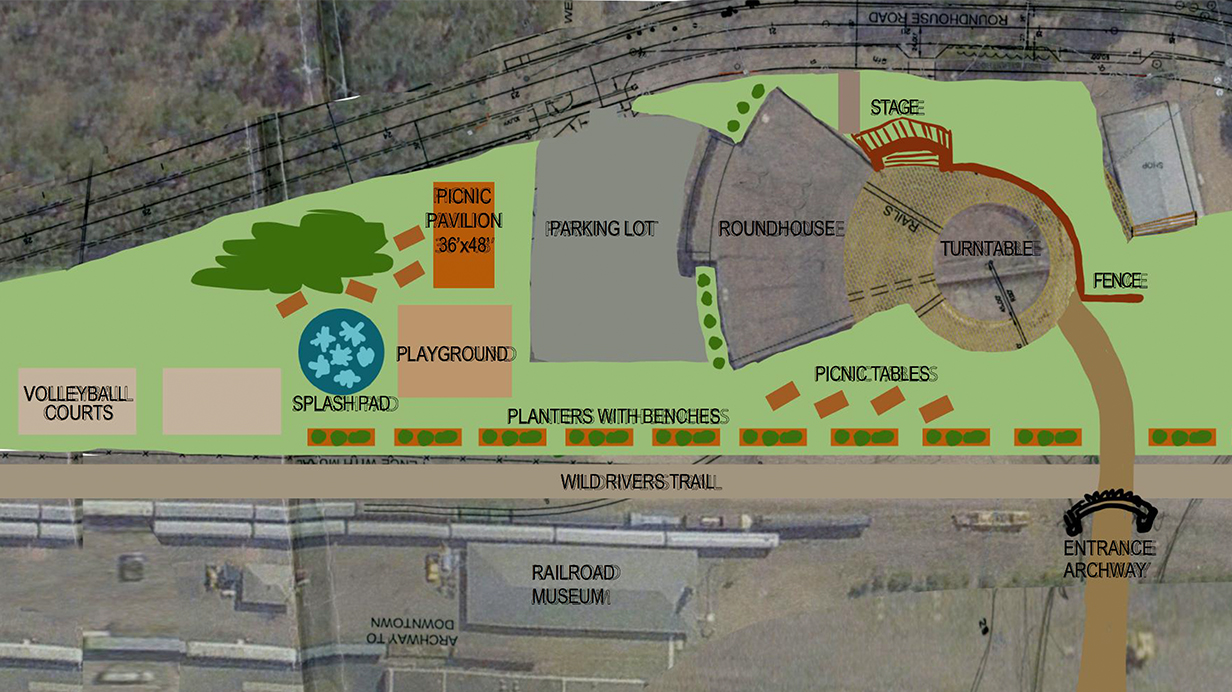 The City of Spooner’s attempt to capture $3.5 million of state transportation funds for a local tourism project shouldn’t come as a surprise to anyone who’s seen the Department of Transportation’s grant application form for the Multimodal Local Supplement (MLS) program.

The MLS is a $75 million grant program, Gov. Evers’ created with his veto pen. The legislature originally set those funds aside specifically for local road repairs. Evers decided it should be open for any transportation related project. By the time the DOT finished designing the program, practically any local project could be characterized as “transportation related.”

For example, the City of Spooner has an old railroad yard it’s been converting into a public space for the past decade. Its plan calls for restoring a roundhouse and converting it into some kind of tourism attraction. The DOT’s application fully supports this tourism project, because there are bike paths near it.

The City of Spooner indicated on its application that the project was a “Bicycle/Pedestrian Improvement” project, which it clearly is not. However, under that category, the city further identified the project’s type as “facilities” and “historic preservation.”

“Plans are to turn this currently unused historic property, which is easily accessible by walking, bicycle, horseback, skiing, ATV, snowmobiling, train, and auto, into a distinct event center and a landmark touring site within the developing Railroad Park,” the application states.

Terri Reiter, whose name is on the application, attacked critics online who called out the project as not having anything to do with transportation. Reiter is a member of Spooner’s City Council and the Railroad Park Board Chairperson, although she didn’t identify herself as such when commenting on the MacIver Institute’s website.

“Transport or transportation is the movement of humans, animals and goods from one location to another. In other words, the action of transport is defined as a particular movement of an organism or thing from a point A to a Point B,” Reiter wrote in MacIver’s comments section.

Although that still doesn’t explain what restoring a historic building to attract tourists has to do with transportation, there’s a good chance the project could win a state transportation grant nonetheless. Wisconsin Department of Transportation Secretary-Designee Craig Thompson said projects will be scored based on their potential economic impact when he unveiled the program in July.

“Projects will rate higher if they demonstrate economic impact, provide greater connectivity or are shown to have greater cost-effectiveness than other options,” according to a DOT press release.

Although the roundhouse restoration project has questionable transportation value, it does have the potential to make a bigger economic splash than some random local side street that needs resurfacing. Reiter focused extensively on the project’s economic impact in the grant application.

“The restoration and opening of this site will create jobs and educational, recreational and community opportunities for all ages and interests through the addition of festivals, farmer’s markets, art shows, weddings, concerts and more. This project is listed as a priority by the Washburn County Economic Development Corporation for continued economic growth, quality of life management, and will help continue our unique trend of increasing our population in demographics vital to our continued growth in a rural Wisconsin area,” Reiter wrote.

The total cost of Spooner’s project is $3.9 million, according to its application. The form does not ask how much funding the applicants are actually requesting, but an attached narrative explains “Spooner, WI, the largest city in Washburn County, is seeking $3.5 million in funding from WisDOT for restoration of the unique Chicago and Northwestern Railroad (C&NW) roundhouse and turntable.” Despite that clear and concise statement, Reiter claims she only asked for $2.7 million.

This confusion, however, provides insight into how the DOT mistakenly announced “Local governments submit $1.47 billion in transportation grant requests” on January 9th. That was actually the total cost of the projects submitted, but not all of that is eligible for grant funding. The DOT later told the MacIver News Service the requests actually totaled $1.2 billion.

The DOT is currently in the process of scoring the applications. Thompson will make the final decisions.