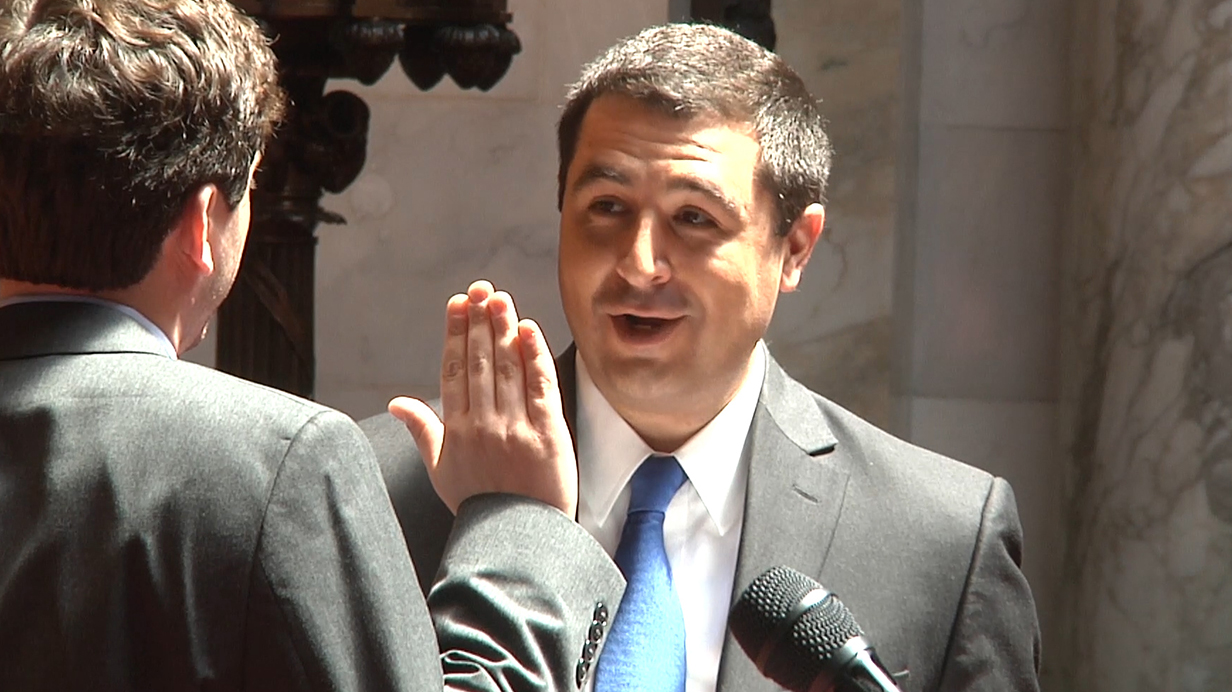 Wisconsin Governor Tony Evers and Attorney General Josh Kaul will never be confused for constitutional scholars, but an exchange during a press conference last week announcing their “nonpartisan redistricting commission” reveals the depths of their dangerous ignorance.

Responding to a question about Assembly Speaker Robin Vos’ concerns that this commission is grossly unconstitutional since it seeks to take the power of reapportionment from the Wisconsin Legislature, Governor Evers was equal parts flippant and dismissive.

“I’ll just say he’s wrong but then I’ll turn it over to the Attorney General,” Evers said to laughs from the audience.

“That is one of the foundational principles on which this country was founded.  Bringing power back to the people is not only allowed under our Constitution, but that’s how we best honor our Constitution is by empowering the people of the state of Wisconsin.

Absent from both constitutions is any mention of “people drawing our maps,” “gubernatorial appointees,” or “nonpartisan redistricting commissions.”

“Frankly, the notion that it would be unconstitutional for the people to be drawing our maps…I mean, think about that for a second.  This is a democracy. That is how our system is supposed to work. And it’s reflective of the attitude that politicians have had for too long, which is that they have the power in the state.  That’s not how our Constitution was constructed. It’s the people of Wisconsin who have the power and they can act. Not only are they allowed to act, but that’s what our Constitution really supports.”

It was a stirring, powerful statement…and it also reveals that Wisconsin’s Attorney General knows absolutely nothing about constitutional law.

Article I, Section 2 of the U.S. Constitution provides that “Representatives and direct Taxes shall be apportioned among the several States which may be included within this Union, according to their respective Numbers.”  This specifically delegates the responsibility for drawing congressional and state legislative districts to each state.

In Wisconsin, Article IV, Section 3 of the State Constitution is crystal clear: “At its first session after each enumeration made by the authority of the United States, the legislature shall apportion and district anew the members of the senate and assembly, according to the number of inhabitants.”

Noticeably absent from both constitutions is any mention of “people drawing our maps,” “gubernatorial appointees,” or “nonpartisan redistricting commissions.”

Kaul’s laughable misinterpretation of how both the federal and state Constitutions “empower the people of Wisconsin” to draw their own electoral maps is one even a first-year law student wouldn’t make.

Since the Evers Administration is fond of assigning legislators homework, here’s some for both Kaul and the Governor: Reread the Tenth Amendment to the U.S. Constitution a little more carefully.

It reads “The powers not delegated to the United States by the Constitution, nor prohibited by it to the States, are reserved to the States respectively, or to the people.”  It most assuredly does not read “The people are empowered to do things that are specifically delegated to state legislatures.”

Kaul’s laughable misinterpretation of how both the federal and state Constitutions “empower the people of Wisconsin” to draw their own electoral maps is one even a first-year law student wouldn’t make.

The Tenth Amendment is a check on the federal government because it allows states to assume powers that are not specifically enumerated to Congress.  State governments, therefore, fill in the gaps of government authority that the Framers of the U.S. Constitution explicitly contemplated.

State Constitutions enumerate the powers of state governments and if a specific power is granted to a specific branch, then it cannot be assumed “by the people.”  It does not get any more definitively enumerated than “the legislature shall apportion and district anew the members of the senate and assembly.”

“The people”—more accurately described as “the people appointed by Governor Evers”—have no more right to usurp this authority from the state legislature than they would to start sending bills over for Evers’ signature.

Kaul’s apparent belief that the people have no say in this is equally misguided.  State legislators are the people’s say.  The very purpose of State Assembly Representatives and Senators is to act as the voice of their constituencies within state government.  When they act, they act on behalf of the people they represent.

That Kaul doesn’t (or at least pretends not to) is almost as chilling as the zeal with which this Executive Branch is trying to seize authority specifically vested in the Legislature while using platitudes like “empowering the people” for cover.

“The People’s Maps” aren’t really the people’s at all: They’re the Evers Administration’s.

Rather insidiously, this is the point.  Both Evers and Kaul know that the Legislature will reject “the people’s maps” out of hand and instead draw their own (in accordance with the State Constitution), but Evers will never sign them.  This will result in a legal battle in which the Evers Administration attempts to get a friendly Judiciary to choose his maps over the Legislature’s.

Perhaps Kaul could explain how this could possibly be in accordance with Article IV, Section 3’s mandate that “the legislature shall apportion and district anew the members of the senate and assembly?”  Governor Evers’ “people” will have taken that power away and assumed it for themselves.

“The People’s Maps” aren’t really the people’s at all: They’re the Evers Administration’s.  “The people” merely provide flimsy constitutional cover to an Administration that either doesn’t know what the Constitution actually says about redistricting or, more likely, hopes that the people don’t.