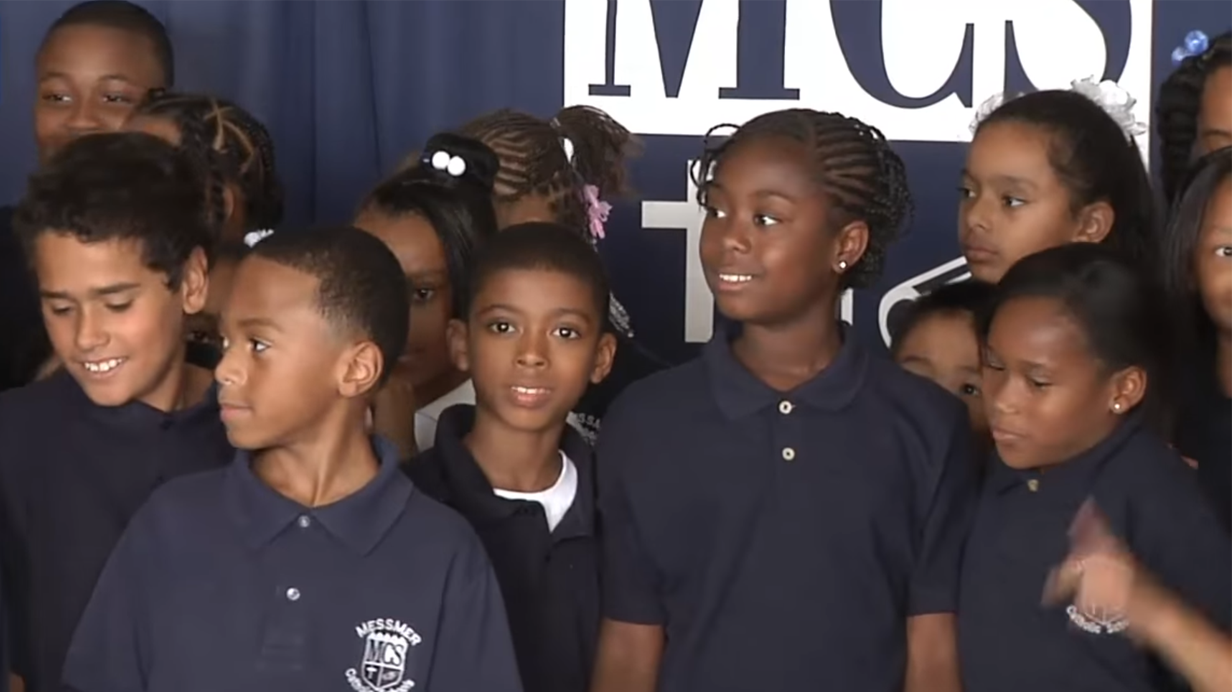 What can we learn from the best schools in the state?

What do Wisconsin’s best schools have in common, and how do they differ? A closer look into state report cards can tell us.

Wisconsin’s Department of Public Instruction (DPI) released the 2019 school and district report cards back in November. Having taken a first look as well as a deeper dive into certain districts of interest, let’s take some more time to examine what the data reveal.

Three schools hold the distinction of earning the highest proficiency rates in both math and English language arts. Schools across the state should learn from their stunning success.

Three schools hold the distinction of earning the highest proficiency rates in both math and English language arts. Schools across the state should learn from their stunning success.

As a brief refresher, note that the report card system assigns accountability scores on a scale of one to 100 for each school and district in the state. Those scores translate into stars, ranging from one star (failing to meet expectations) to five stars (significantly exceeds expectations).

Proficiency scores on report cards are based on the Forward Exam students took in the spring of 2019.

Three Schools with Stunning Success in Both Core Subjects

When looking through the data to find the highest overall math and English language arts proficiency in the state, we found something remarkable: the same three schools hold the honors in both categories.

Odyssey Magellan in Appleton, Leonardo da Vinci School for Gifted Learners in Green Bay, and Accelerated Advanced Learning Program in Oshkosh have the highest math proficiency and the highest English language arts proficiency in the state. The state should look to their efforts for inspiration.

At Odyssey Magellan, 96.7 percent of students are proficient in math and 94.7 percent are proficient in English language arts. Those results give the school the highest ELA proficiency rate in Wisconsin, and the second-highest math proficiency rate. The traditional public school received 98 out of 100 points overall, the second-highest score in the state. A total of 153 students in grades three through eight attend the school. Twelve percent are economically disadvantaged and 11 percent use open enrollment to attend.

Generally, the top schools in the state are elementary schools serving lower grades. They are spread across the state and are slightly smaller than the worst-performing schools.

All of the top schools share one thing in common: they have low levels of poverty among enrolled students. At the worst-ranked school in the state (which we’ll discuss in a coming piece), every student is economically disadvantaged. Not so on the other end of the scale.

Consolidated Elementary School in the Milton School District is the top-ranked school in the state. Impressively, 2019 is the third year in a row that the Janesville school earned the distinction.

The small elementary school received 99.2 out of 100 points overall. Math and English language arts proficiency are notably not the highest in the state, demonstrating how the report card formula affects ranking. At Consolidated Elementary, 86 percent of students are proficient in math, and 81 percent are proficient in English language arts. Fewer than 10 percent of students are economically disadvantaged.

Milwaukee has 42 five-star schools. 32 of them are in the private choice program.

As we have written before, school data continue to show that Milwaukee’s private choice program is showing strong results. Students at these schools tend to outperform similar public school peers, and both school participation and student enrollment in the program grow year after year.

The report card data provide another look at why Milwaukee’s choice programs are in such high demand. Out of the 42 five-star schools in the city of Milwaukee, 32 are private choice schools. It’s a stunning win for choice advocates, who have long defended their model.

Compare the proportions of top-performing schools in Milwaukee to those across the state as a whole. 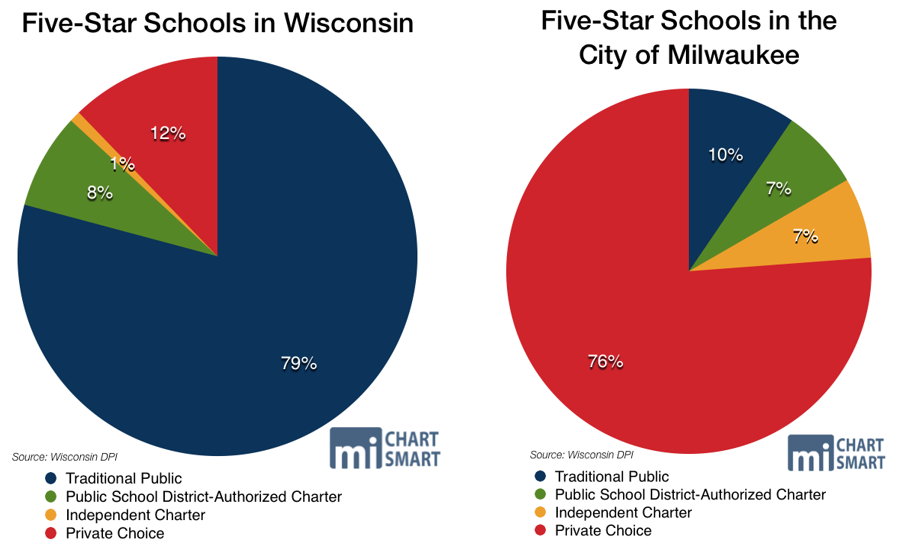 The trend is drastically different in Milwaukee, where private choice and charter schools tend to be higher performers.

As we’ve noted, Milwaukee’s private school choice program is the oldest in the country. Perhaps those schools’ success is a reflection of their time-earned ability to work out successful models. Yet, if that’s the only reason why they’re so successful, why hasn’t MPS improved at the same time?

The nontraditional model of school choice could itself be the key to its success in Milwaukee. By definition, private schools are allowed more freedom to operate under their own rules. In tough climates like Milwaukee, it seems likely that the freedom inherent in school choice is the ticket to success.

Choice and charter schools have long fought for the freedom to operate in the state. In February, the new governor renewed the fight against them yet again. Gov. Tony Evers’ 2019-21 budget proposal would have frozen enrollment in the state’s private school choice programs.

Students can only participate in the parental choice programs if their family incomes are below certain limits. In Milwaukee and Racine, families can earn up to 300 percent of the federal poverty level to qualify. For a family of four, that amounts to $75,300 for the 2019-20 school year. Outside of those two cities, the limit is 220 percent of the poverty level, or $55,220 for a family of four.

If families exceed the cap, their options are to either attend public schools or pay out-of-pocket for a private school education. Wealthy families already have the power to choose educational options for themselves; until school choice, poor families didn’t. Evers would have turned back the clock on educational access for the most disadvantaged among us.

His plan would have stopped independent charter school authorizers from starting new charter schools until 2023. Those authorizers include any UW System chancellor, the city of Milwaukee’s common council, any tech college board, the Waukesha County executive, tribal authorities, and the UW System’s Office of Educational Opportunity. Under Evers’ proposal no new schools could be authorized by any body other than a school district until 2023.

Our Governor, the former head of DPI, would have closed the door on tens of thousands of economically disadvantaged children who have left public schools in pursuit of a better option.

As we continue to learn from annual report cards, such actions must be remembered.