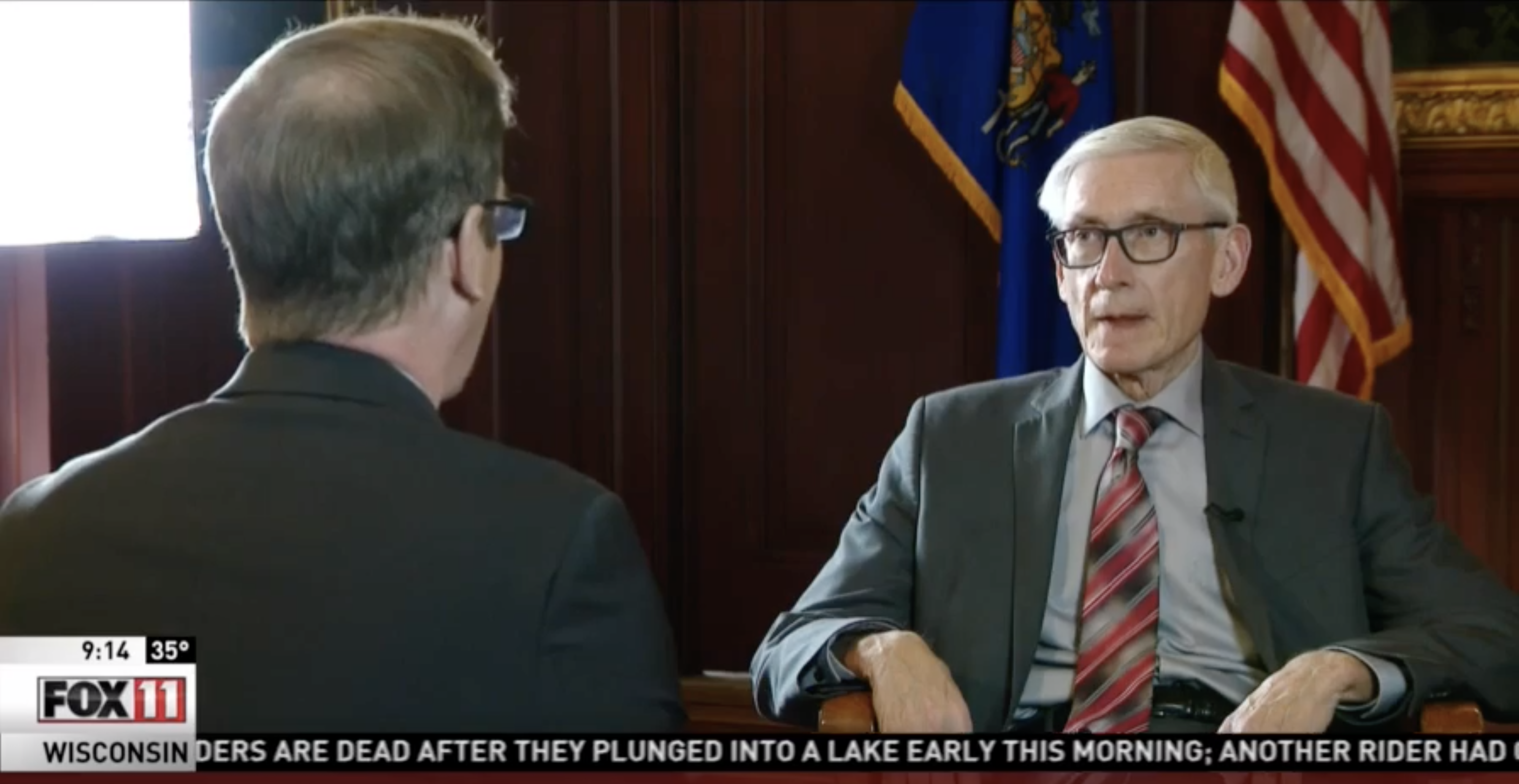 [MADISON, Wisc…] The MacIver News Service sued Wisconsin Gov. Tony Evers in August 2019 for barring its reporters from a press briefing and purposefully withholding press notifications from the journalists. Since then, Evers’ attorneys have defended their restrictions on the MacIver reporters in court.

But in an interview that aired on FOX 11 this past Sunday, January 5, Gov. Evers made statements about the lawsuit that run contrary to the arguments being made by his own attorneys in the case. In the interview, Evers suggests that the MacIver journalists have as much access as other statehouse journalists and that the governor desires no restrictions on them or any other journalists.

In response to the interview, Liberty Justice Center attorney Daniel Suhr sent a letter to Wisconsin Attorney General Josh Kaul highlighting the inconsistencies between the governor’s public statements and his legal defense, and encouraged the governor’s team to adopt into practice the openness to press that Evers conveyed in the FOX 11 interview.

Daniel Suhr, attorney for MacIver News Service, offered the following statement regarding the interview and the letter sent to Attorney General Kaul:

“Gov. Evers’ public statements do not match his legal team’s arguments. Despite the governor’s claims, his administration blocks legitimate news organizations from receiving media information and attending press briefings. His lawyers argue that reporters can be barred from asking questions, removed from media lists and even labeled as political advocates and lobbyists if the governor disagrees with them. It’s time for Gov. Evers and his lawyers to get on the same page in support of the First Amendment.”

The letter sent to Attorney General Kaul is available at LibertyJusticeCenter.org.