Buried in Gov. Evers’ budget proposal last year was an item that would have set the minimum tax levy increase at 2 percent every year for all municipalities and counties in Wisconsin. 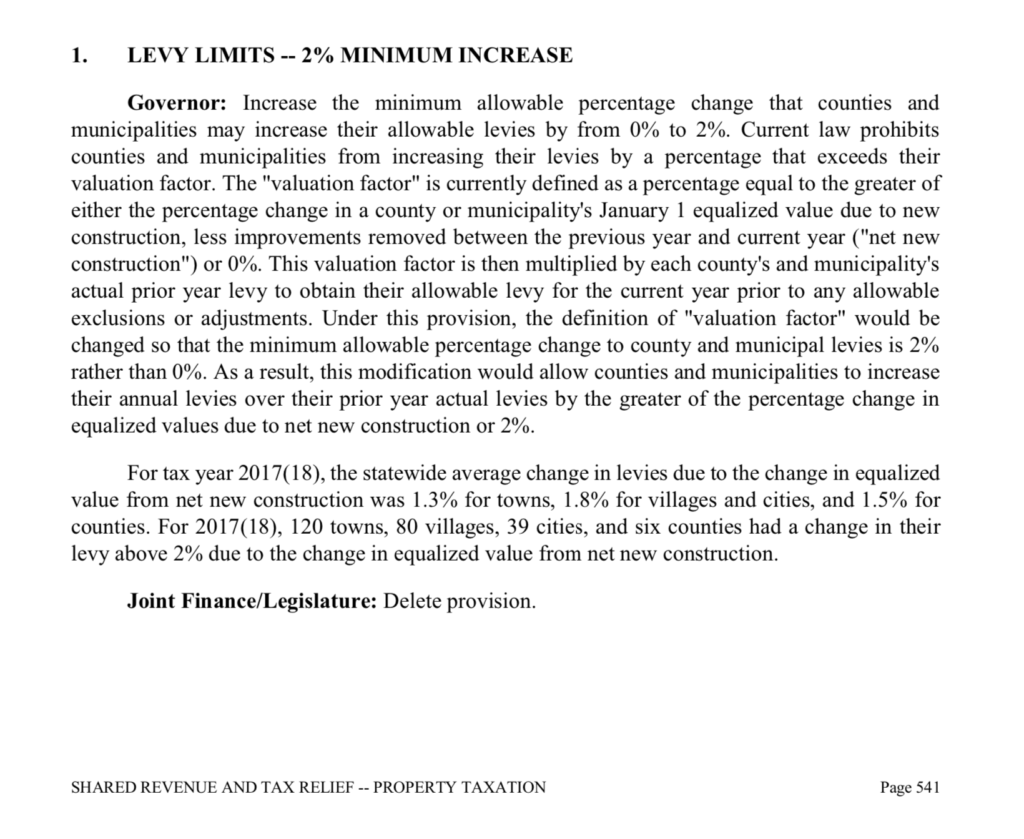 When he was in office, Gov. Walker ensured that the minimum annual levy limit increase was zero percent.

Levy limit increases are currently tied to net new construction (NNC), which rarely hits 2 percent for a majority of Wisconsin communities. In 2019, the median NNC was 0.9 percent.

Out of 1,904 municipalities in Wisconsin, 1,067 of them would have had their annual levy limit increase doubled. Only 250 municipalities had NNC above 2 percent, and would not have been impacted. However, 181 of those communities are in counties that would have experienced Evers’ levy increases.

Evers’ plan did not go through. However if it had, 98 percent of Wisconsin communities would have been hit with a property tax hike from their county, municipality, or both.

Find your hometown in the table below. If it’s in red, your municipal taxes likely would have gone up (even more than they did). If your county is in red, your county taxes also would have been affected. How this would translate into millrate and property tax bill increases would vary.

Even though Evers’ plan did not go through, property taxes still spiked for 2020. Leaders in the legislature hope to give taxpayers some relief by using state surpluses to buy down tech college property taxes.