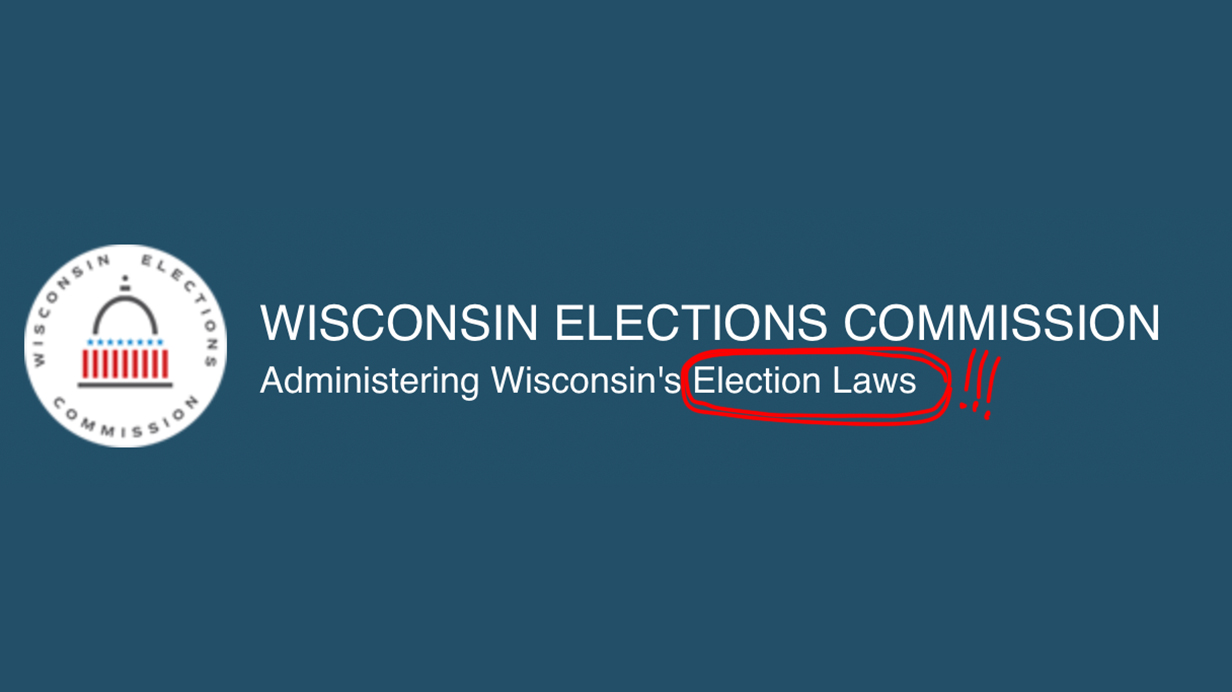 Strangely enough, though, when confronted with an actual constitutional crisis in Wisconsin, these Chicken Littles stop clucking.

For all the handwringing about President Trump ruling like a king, the Election Commission is behaving like both the privileged nobility and court jesters.

The sky has been falling on the Separation of Powers doctrine ever since the three Democrat-appointed members of the Wisconsin Election Commission voted to willfully defy both the state’s legislative and judicial branches by refusing to comply with a court order to remove 209,000 names from the voter rolls.

In response to this blatant disregard of his order, Ozaukee County Circuit Court Judge Paul Malloy on Monday held the Election Commission and its three Democrats—Mark Thomsen, Ann Jacobs, and Julie Glancey—in contempt and ordered them to pay $250 each day they didn’t vote to remove the names.

Before they could pay a cent, however, Wisconsin’s Fourth District Court of Appeals swooped in and issued a stay of Judge Malloy’s original order as well as his contempt ruling.  Even though the three liberal judges on the Madison-based Fourth District—JoAnne Kloppenburg, Jennifer Nashold, and Michael Fitzpatrick—had twice before declined to put Judge Malloy’s order on hold, they had a convenient change of heart Tuesday.

In so doing, these three appellate judges gave tacit approval to the concept that an agency in Wisconsin’s Executive Branch doesn’t really need to follow the laws passed by the Legislature or the rulings issued by the judiciary.

This is the dictionary definition of a constitutional crisis, yet no one seems overly concerned about a rogue state agency…least of all those who professed deep concern about a rogue White House.

Three appellate judges gave tacit approval to the concept that an agency in Wisconsin’s Executive Branch doesn’t really need to follow the laws passed by the Legislature or the rulings issued by the judiciary.

Whether it’s the federal or state Executive Branch, the need for it to accept the limits placed upon it by the other two branches is absolute for a constitutional republic to function.  What power would, say, the Supreme Court really have to enforce an order against the President (the Commander in Chief of the military) if the President decides he simply doesn’t want to abide by that order?  What power would Congress have if the President refuses to faithfully execute the laws it passes?  Its only remedy is to go to the federal judiciary but, again, if the President refuses to follow an order, how could it ever possibly be enforced?

Herein lies the depth of Wisconsin’s constitutional crisis.  Judge Malloy can’t himself remove the names he ordered the Election Commission to remove.  Neither can the State Legislature.  What can they do when the only body that can says, “Nah, we’re not going to?”

The law is unmistakably clear as Judge Malloy’s ruling on what the Commission must do.  Wisconsin Statute § 6.50(3) explicitly provides that when the multi-state Electronic Registration Information Center (ERIC) voter database flags a voter as having moved, the Commission must send a notice to the voter’s old address.  The voter then has 30 days to return the notice or completing an online form.  If they do not, then the Election Commission “shall change the elector’s registration from eligible to ineligible status.”

This is by no means a “voter purge” (as the most hysterical of news accounts have labeled it); it is a legally required cleanup of the voter rolls designed to ensure that voters aren’t able to vote in multiple jurisdictions.

The ERIC system is remarkably accurate, as only about five percent of names are erroneously flagged.  Those who are have 30 days to correct the error, and even if they don’t, Wisconsin has same-day registration.  If John Smith really does still live in Milwaukee, he can simply show up at the polls on Election Day with proof that he still lives at 1234 Voter Way and vote.  If he doesn’t have proof of residency with him, he can cast a provisional ballot and return with a utility bill later.

This is by no means a “voter purge” – it is a legally required cleanup of the voter rolls designed to ensure that voters aren’t able to vote in multiple jurisdictions.

No one will be “disenfranchised,” and no one can credibly claim to be.  The remedy for an erroneous flagging in the ERIC system is so simple that there is no legitimate risk of harm from the 209,000 names being removed as required by law.

By contrast, there is substantial harm from a rogue Wisconsin Election Commission first refusing to follow the plain language of the law and then a judge’s direct order to comply.  Both are rendered moot by fiat.  For all the handwringing about President Trump ruling like a king, the Election Commission is behaving like both the privileged nobility and court jesters.

The statute plainly requires that “the commission shall change the registration status of that elector from eligible to ineligible on the day that falls 30 days after the date of mailing.”  Rather than follow the law, however, the Commission unilaterally decided to wait between 12 and 24 months (conveniently after the 2020 presidential election) to remove the names.

When the Wisconsin Institute for Law and Liberty sued to force compliance with the law, the Commission’s three Democrats dug in their heels and even refused to follow an explicit judicial order.

What more can they do to demonstrate that they will not defer to the other two branches of state government?  How much louder can they scream their intentions to continue this constitutional crisis for as long as possible?

Stunningly (but not especially surprisingly), the three liberal judges on Fourth District Court of Appeals stood up not for the Rule of Law or the Separation of Powers, but rather for pure, naked political protectionism.  They are providing cover for lawlessness and shielding their political allies from the appropriate consequences of it.  They are, in short, giving their stamp of approval to the diminishment of the judiciary and the legislature in service to political gamesmanship.

They, not President Trump or anyone in his Administration, are responsible for a constitutional crisis.  Now it’s up to the Wisconsin Supreme Court to step in and end it.