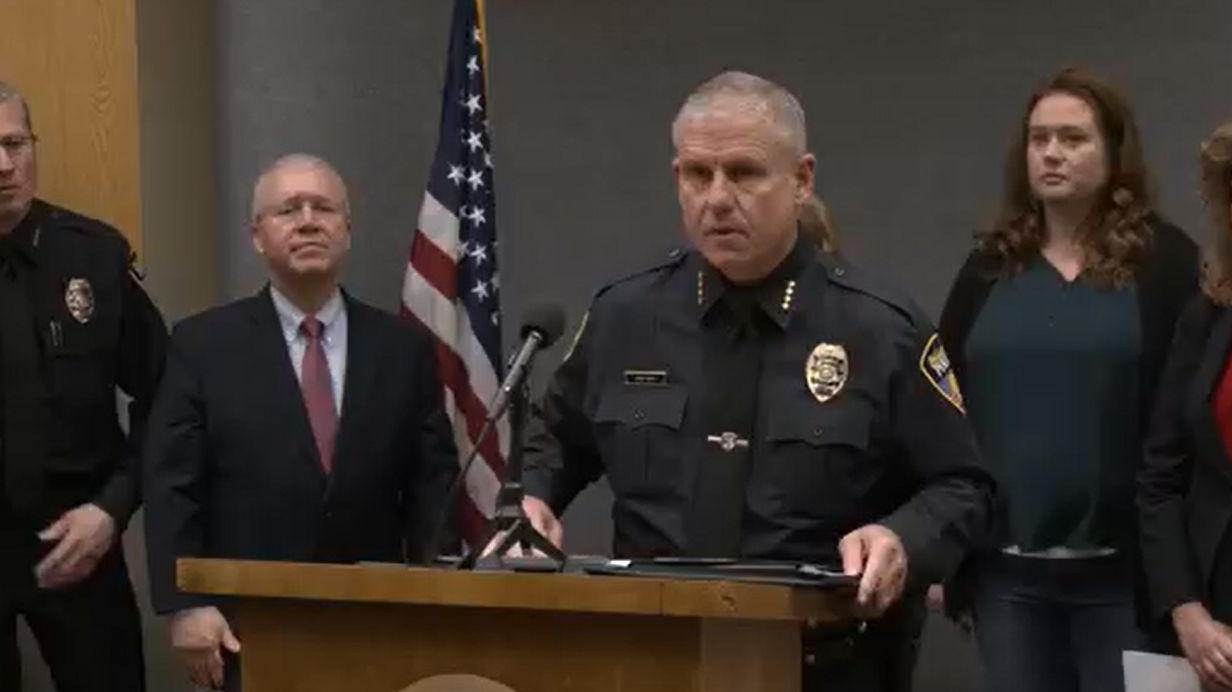 @DanODonnellShow reflects on the school violence in WI over the past few days, examines what we can learn from these incidents & make schools safer http://www.maciverinstitute.com/2019/12/what-really-keeps-schools-safe/ #WIright… Click To Tweet

It was less a shock than it was an inevitability: Just a few hours after a 17-year-old student armed with a handgun forced a lockdown at Waukesha South High School on Monday, a report of a student with a gun at Waukesha North High School prompted a lockdown there. The following morning, a credible threat closed the Sparta School District while threats deemed to be non-credible were made against both Germantown and Grafton High Schools.

As stunning as that initial incident at Waukesha South was, what has followed should not be at all surprising. While it is of this writing not yet known why the South student brought a gun to school, it seems clear that the so-called “copycat effect” inspired the threats against Sparta, Germantown, and Grafton and may have played a role in the incident at Oshkosh West.

Likely first coined in the early 1900s in response to murders similar to those committed by infamous serial killer Jack the Ripper, the phrase “copycat effect” has come to refer to the tendency of a highly publicized, sensationalized crimes to spawn similar misdeeds committed by those seeking similar attention.

A student who will bring a gun to school or stab a resource officer or make terroristic threats cares little for the laws he’s violating. He cares only that his crime will be as easy as possible to commit.

Ensuring that it isn’t is the lesson for the rest of Wisconsin.

Over the past twenty years, nowhere has this effect been more pronounced than in school shootings, and extensive research from the American Psychological Association, National Center for Health Research, the National Institutes of Health, and dozens of universities demonstrates that extensive publicity of mass shootings inspires would-be mass shooters.

In truth, it may well be the single most significant factor in the prevalence of mass shootings in America.

A specific form of the copycat effect known as the “Columbine effect” all but began the relatively recent phenomenon of mass shooting attacks on schools. Just eight days after two students killed 12 classmates and a teacher before killing themselves as law enforcement closed in at Columbine High School in April of 1999, the first documented copycat attack occurred in Taber, Canada, where a 14-year-old high school dropout obsessed with news coverage of the Columbine attack killed one student and injured another.

Since then, dozens of school shooters have explicitly mentioned the Columbine killers as the inspiration for their attacks while dozens more have taken inspiration from them.

In 2016, a 14-year-old eighth grader who killed his father and an elementary school student in South Carolina said that he “idolized” the Columbine shooters and aspired to outdo them.

“I think I’ll probably most likely kill around 50 or 60,” he posted to Instagram shortly before his attack. “If I get lucky maybe 150.”

While Columbine was his obsession, surpassing the most prolific school shooters in history was his mission.

“I HAVE TO BEAT [the Sandy Hook Elementary School gunman],” he wrote in another post. “At least 40.”

Fortunately, the gun he had stolen from and used to kill his father jammed before he could fulfill his ultimate goal, but he tragically killed a six-year-old at a local elementary school before responding police officers would arrest him.

Once they did, they found that he “detailed his motives in dozens of online messages, in his 46-page confession and in lengthy interviews with doctors who evaluated him, offering extraordinary insight into the mind of an American school shooter.”

In a chilling 2018 profile of the boy entitled “Inside an Accused School Shooter’s Mind,” The Washington Post outlined a crystal clear example of the Columbine effect that can also be used as a guidepost for public policy as it pertains to keeping schools safe from violent attacks.

“[The young gunman] debated whether he should attack his middle school, from which he’d been expelled, or his elementary school, just up the road,” the Post reported. He decided on Townville Elementary because it was closer and had no armed security.”

“It’ll be like shooting fish in a barrel,” he wrote.

In an online chat, the boy “said he had researched police response times for the area and found that it would take them 15 minutes to get there, maybe 45 for SWAT. He said he would throw pipe bombs into each classroom before he got in a shootout with police and killed himself with his shotgun.”

The implication should be obvious—would-be school shooters tend to pick the softest possible targets. This serves to validate the decision of former Governor Scott Walker and Republicans in the Wisconsin Legislature to dedicate $100 million to making Wisconsin’s schools as hard a target as possible.

Most legislative Democrats grudgingly signed onto the bill, but groused that Wisconsin was not doing enough to stop the real culprit: access to guns.

The only gun involved in Tuesday’s incident at Oshkosh West was the one the school’s resource officer used to stop the student who attacked him.

The implication should be obvious—would-be school shooters tend to pick the softest possible targets. What stopped both incidents were the resource officers themselves.

What stopped both incidents were the resource officers themselves.

Both the Waukesha School District (which says it received $1.2 million from the $100 million school security initiative) and the Oshkosh School District were not soft targets, and as such were equipped to thwart attacks against them.

The sheer randomness of school attacks—save for the predictable burst of copycats in the immediate aftermath of a well-publicized one—makes their complete prevention all but impossible.

However, recognizing that the copycat effect is always present and that the Columbine effect serves as a potent motivator for disaffected students are important first steps in further making Wisconsin’s schools more difficult targets to strike.

More laws aren’t needed; more forbearance is. Waukesha South helped prove it. At the educational level, administrators recognized a need for a resource officer and tighter security measures at the high school. At the law enforcement level, that officer worked quickly, calmly and effectively to stop the student in his tracks and keep him occupied until more officers could arrive. And at the individual level, the resource officer was made aware of the student’s gun because another student learned of it and told him.

Legislation didn’t enter into that equation at all; nor has it in the predictable slew of similar incidents since.

A student who will bring a gun to school or stab a resource officer or make terroristic threats cares little for the laws he’s violating. He cares only that his crime will be as easy as possible to commit.

Ensuring that it isn’t is the lesson for the rest of Wisconsin.