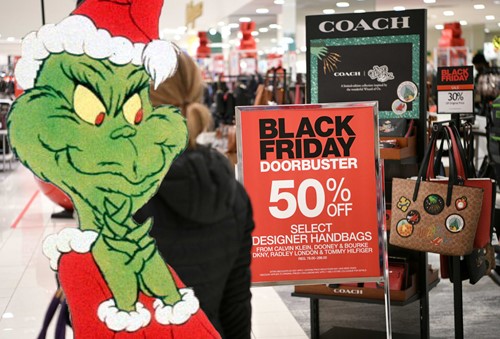 There’s a Grinch stealing presents from under Christmas trees all across Wisconsin. The Wisconsin Grinch also costs parents extra money every year when they go Christmas shopping, and he makes sure retailers always have a profit margin, even if they want to offer better deals.

The Wisconsin Grinch is the state’s minimum markup law.

The minimum markup law also forbids retailers from selling most other products below cost. That makes many doorbuster deals and holiday shopping specials technically against the law. It’s essentially a state mandated profit margin—no different from a tax—except the money doesn’t go to public services, it goes to the bottom line of private retailers.

That’s regardless of whether the retailer wants it or not. Retailers who want to offer deep discounts on certain products to attract more customers must either charge more or violate the law.

“What are you hoping to accomplish by keeping this outdated law on the books?” asked Todd Peterson, regional general manager for Walmart Stores in Wisconsin, at a committee hearing last year. The Senate Committee on Agriculture, Small Business and Tourism was considering a bill partially repealing the antiquated minimum markup law, the latest in a series of attempts to get rid of this anti-consumer, anti-free market law.

There’s a bipartisan consensus that this law raises prices unfairly. More recently, my Democratic colleague Sen. Tim Carpenter introduced a bill repealing the minimum markup on pharmaceutical drugs. We can all agree that consumers of all different kinds of products are negatively impacted by the Unfair Sales Act.

When the law was passed, Amazon was just a river in Brazil. Today the world’s largest retailer, Amazon, is almost entirely online. Simply put, a law enacted during the Great Depression ostensibly to protect small businesses from larger competitors simply has no place in the 21st century. It has not only failed, but it also holds our state’s economy back, punishes consumers with higher prices, and makes shopping for the holidays, back-to-school, or any other time of year more expensive.

I join many of my colleagues in saying it’s time to evict the Grinch, welcome the free market back to Wisconsin, and let consumers enjoy some ridiculously great deals during the holiday season! 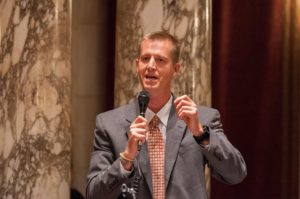