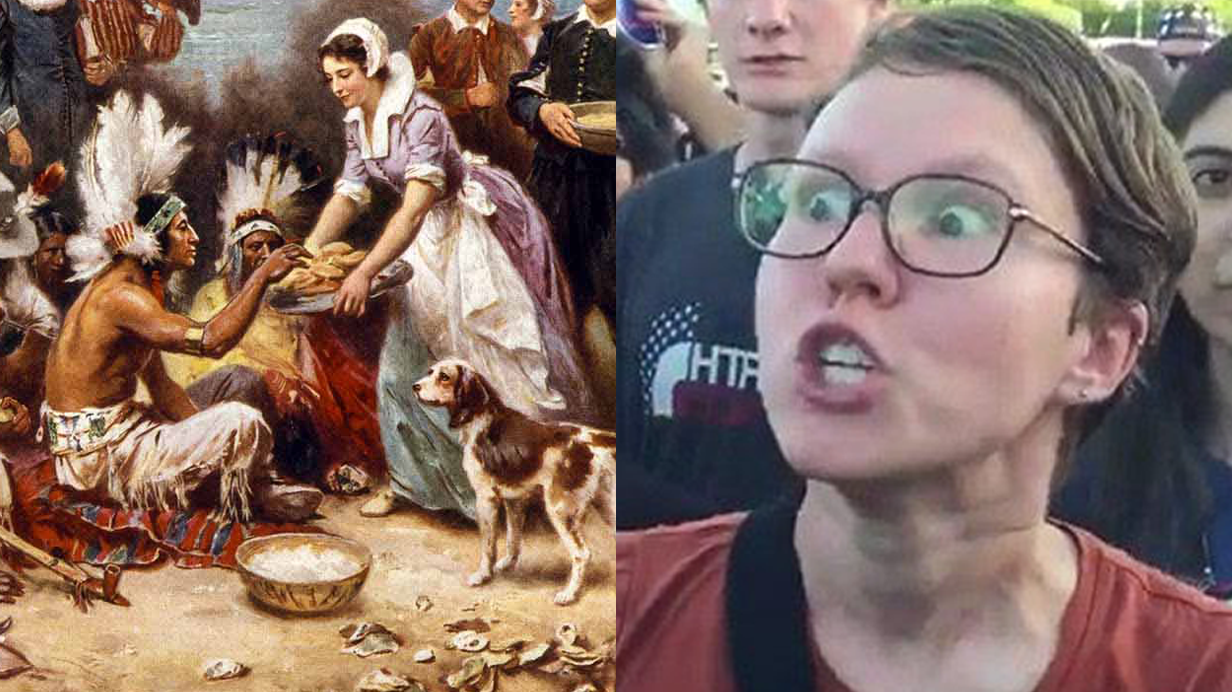 @DanODonnellShow explains how the political and cultural left’s animus toward Thanksgiving is a microcosm of its war on our shared traditions and heritage. #WIright #WIpolitics Click To Tweet

For most, Thanksgiving is a time to come together with family and friends and give thanks as we share in the blessings bestowed upon us. For others, it’s a time to reflect on how terrible America has always been, inevitably dividing the country along deepening ideological lines.

“How much damage are we doing with our epic Thanksgiving meal every year? We spoke with three researchers to find out more about Thanksgiving’s carbon footprint,” wrote Huffington Post blogger Alexandra Emanueli. “It turns out that your food isn’t the biggest holiday culprit of carbon dioxide emissions — traveling for the meal is.”

Going over the river and through the woods to grandmother’s house? You’re destroying the planet for your children. Eating a turkey with all the trimmings? You’re engaging in needless animal cruelty. Watching football? You’re supporting a vicious blood sport. Reflecting on the first Thanksgiving and traditions associated with it? You’re probably a white supremacist.

“We are just over two weeks away from one of the most beloved American food holidays. Thanksgiving, where problematic actual history meets delicious cuisine,” intoned prominent liberal host Joy Reid on her MSNBC show earlier this month.

So problematic is this history now deemed that Stone Bank Elementary School in Oconomowoc took the extreme step of canceling its first grade Thanksgiving reenactment play.

“Unfortunately, the children are unable to dress as a Pilgrim or Native American,” Stone Bank’s two first grade teachers wrote in an email to parents last week. “We apologize if you already purchased or made your child’s costume. There have been some conversations and concerns about the accuracy of the first Thanksgiving story. Out of respect for Native Americans, and the sensitivity of this time in our history, we are not going to reenact the first Thanksgiving story.”

“Please disregard the practice paper your child has been busy reading over the last few days. We still plan to have a Thanksgiving program where the children will perform a play, sing some songs, and share a big book with you. Again, we are sorry for the change of plans and hope that you understand.”

What was so insensitive about this play? It certainly wasn’t the dialogue. In a hand-out sent home with students in early November, the young students were instructed to practice the innocuous line, “They plowed the land. They planted the seeds they had carried from England across the ocean to America. And then they waited….”

Stone Bank Elementary School parents told News/Talk 1130 WISN that first graders have performed the play for years without incident. This year, however, under new school administrator Ryan Krohn—who has not yet commented on the cancelation despite repeated requests—the performance was determined to be culturally insensitive.

To whom, one wonders, since Department of Public Instruction statistics indicate that Stone Bank has no Native American students, and its athletic nickname is ironically enough the Chiefs (complete with an arrowhead logo in case there was any confusion as to which sort of Chiefs this was referring).

This concern that someone, somewhere might be offended by first graders dressing up to reenact an admitted fable that teaches both gratitude and cultural harmony speaks volumes about the terrifying power of a social justice mob hellbent on destroying America’s shared heritage.

So consumed is the modern political and cultural left with identity politics and instilling in “traditionally marginalized” peoples the idea of permanent victimhood that it has redefined nearly every uniquely American tradition as somehow problematic.

Thanksgiving is a microcosm of this broader attack since it is the most uniquely American of the major holidays: Traveling long distances to visit family is destructive to the environment. Eating turkey is murder. Watching football is bloodthirsty. Christmas shopping the next day is greedy.

Even the Constitution, the document that forms the basis of American government by establishing a culture of individual freedom, is attacked as illegitimate since it was signed by slaveholders.

If even the very foundation of a culture can be cracked, then what that has been built upon it cannot be torn down in the name of progress (or, more accurately, progressivism?)

And make no mistake, tearing down shared American culture is absolutely the goal of this toxic brand of identity politics. When Americans no longer have shared cultural touchstones, traditions, and values, then they are more likely to resent one another based on superficial demographic differences.

This new battle over Thanksgiving is just the latest front in an ongoing war on American heritage—from its history to its traditions to its very culture itself.

This year, let’s be thankful that there are still Americans willing to fight to preserve them.