For the first time since 2017, a district has been marked “failing.” Yet compared to last year, the number of failing schools fell by nearly half.

Most schools and districts are scored on a 0-100, five-star scale, from “fails to meet expectations” to “significantly exceeds expectations.” A small percentage of districts and schools use alternative accountability measures, receiving scores of either “satisfactory progress” or “needs improvement.” Approximately 9 percent of schools were not rated because of insufficient data.

Compared to 2018, more schools trended upwards, especially at the lowest end of the rankings.

Districts and schools with one star “fail to meet expectations.” Only one district, Mercer School District in Iron County, received one star this year. For the last two years, no districts have earned one star. 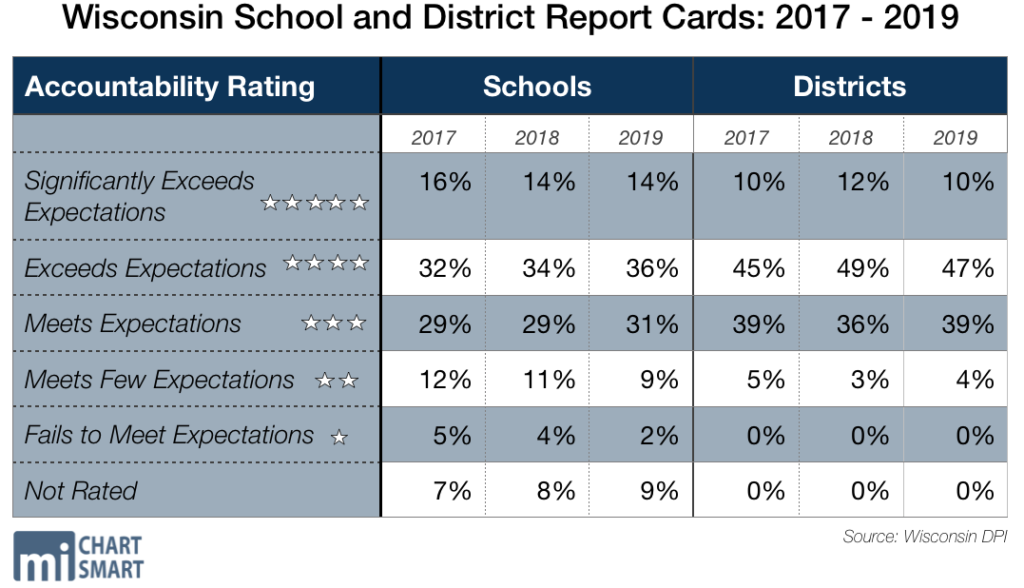 This year, 210 schools met few expectations, down from last year’s 249.

More schools fell into the four-star category than any other, with 807 schools exceeding expectations. That’s more than last year’s 768 schools.

A total of 318 schools earned five stars, down from last year’s 327 schools. However, more large schools fell into the category, as total enrollment in five-star schools increased from 123,073 to 135,351.

Mercer School District received the lowest overall score in the state for the second year in a row, with 50.4 out of 100 total points. The district earned two stars last year, with a total score of 55.9 of 100. Just 145 students attend the district.

Arrowhead UHS School District earned the highest district score in the state, with 89.7 out of 100 points. 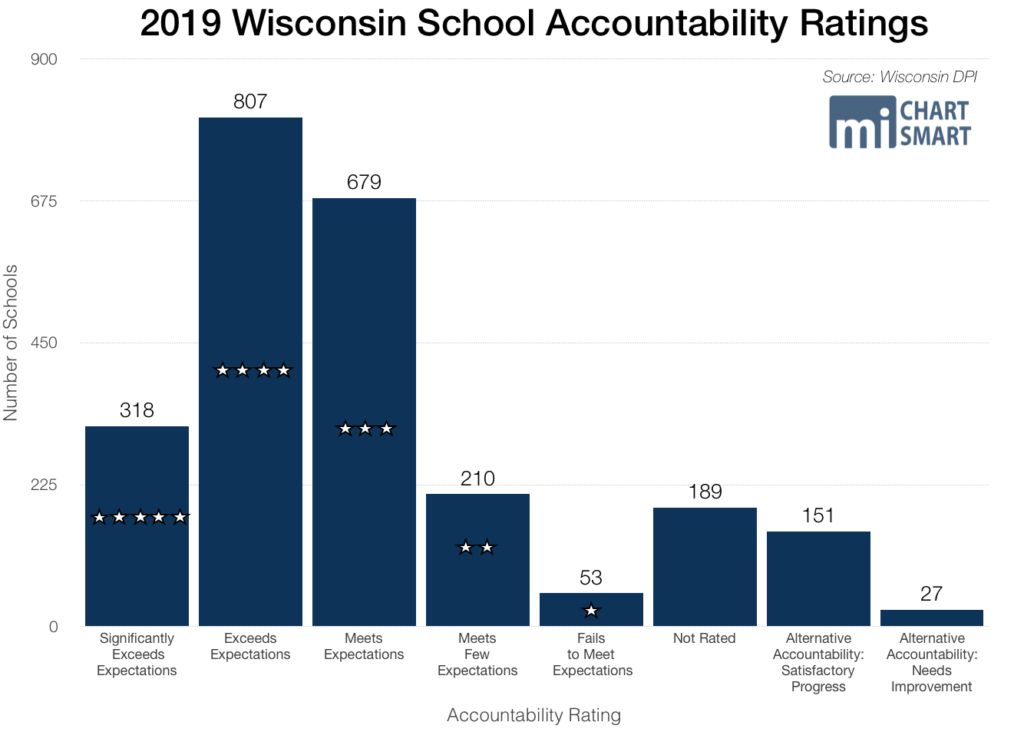