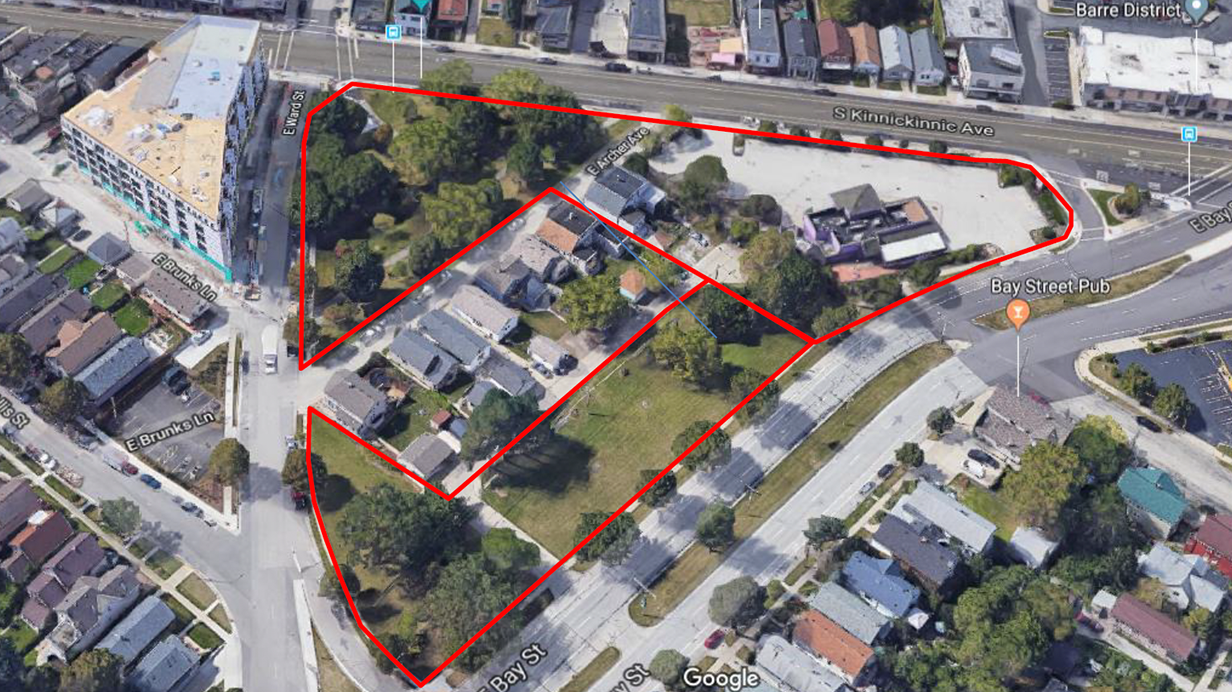 TIF Created after the fact to pay for a park

[Milwaukee] The City of Milwaukee is testing the limits of Wisconsin’s Tax Increment Financing (TIF) law by attempting to create a TIF district that violates a key requirement.

“Over the past five years, several hundred apartment units have been built within a two-block radius of Zillman Park, without improvements made to the park itself,” according to TID#100’s project plan.

Typically, there’s a private developer involved who won’t commit to some big project unless the city creates a TID to help support it. However, that’s not the case at all for TID#100.

The area comprising the TID includes a vacant city property and an apartment complex that’s currently under construction. The area surrounding the TID has already been developed. The city wants to create the TID to capture the tax revenue the new apartments will generate to fund the construction of a city park. Whether or not the park is built will have no impact on the completion of the private development.

And so, Milwaukee has, in essence, turned the formula on its head. Its new park would not occur “but for” the tax revenue from the private development.

There’s no mystery why city officials want to use TIF to build the park. It allows them to fund the project without using general fund revenue, because they’ll be using the taxes collected from the new apartment building. As a bonus, the construction of the new apartments will allow the city to increase its general fund tax levy. That means the apartment’s taxes will go to the park, while everyone else’s taxes in the city will increase to cover the apartment’s share of the general fund levy. (Click here to read more about how TIF enables government to double-dip on taxpayers.)

This would be difficult to explain in a “but for” statement. Maybe that’s why the city did not include one in its resolution that creates TID#100. It suggests that that information is included in the attached project plan. It is not. In fact, the project plan actually contains an anti-but-for statement.

“Over the past five years, several hundred apartment units have been built within a two-block radius of Zillman Park, without improvements made to the park itself,” according to TID#100’s project plan.

The plan also neglects to include the city’s attorney’s opinion of the project, which is also required under the statute. “The city shall include in the plan an opinion of the city attorney or of an attorney retained by the city advising whether the plan is complete and complies with this section,” according to 66.1105(4)(f).

The common council approved the resolution on Sep. 25th, and the mayor signed it on Oct. 4th. Next, the Wisconsin Department of Revenue will review the packet and provide final authorization. DOR’s TIF manual clearly states the “but for” statement is non-negotiable.

TID#100 might be a small project. It is only 2.7 acres and the park will cost $550,000. City officials claim they’ll be able to close the TID in just a few years – even though historically that never happens. The greatest danger is that Milwaukee is attempting to officially turn TIF into what critics have always claimed it to be: a slush fund for public officials’ pet projects. If Milwaukee gets away with TID#100, it will set a new precedent throughout the state, and countless others will follow suit.