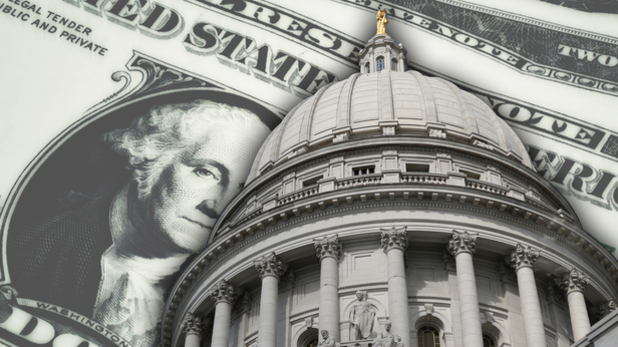 17 Lawmakers demand audit of PFA after WSJ calls Wisconsin the land of 'Cheese, the Packers, and Risky Bonds.' #WIright #WIpolitics Click To Tweet

[Madison, Wisc…] State lawmakers are demanding an audit of Wisconsin’s Public Finance Authority (PFA) following a report in the Wall Street Journal that it is responsible for selling the riskiest municipal bonds in the country.

“This is a high priority for me to do this.” – Sen. Rob Cowles, Joint Audit Committee Co-Chair

“The article raises serious questions about the integrity and practices of an organization created by the legislature,” a group of 17 lawmakers stated in a letter to the Joint Legislative Audit Committee on Monday.

“It needs to be looked at, especially with the concerns over the defaults,” Cowles told MacIver News on Monday. “This is a high priority for me to do this.”

The MacIver News Service has reported extensively on the PFA over the past two years, including a story last year that Gov. Tony Evers has two items in his statement of economic interests indicating he has investments through the PFA.

The Wisconsin Legislature voted unanimously in 2010 to create the PFA, but despite its name and that origin, it is not a government agency. The PFA is a bond house that the state of Wisconsin has given authority to sell tax-free conduit municipal bonds. The state does not make any money from those transactions and, supposedly, does not incur any risk either.

However, investors take a big gamble when they choose to buy bonds from the PFA. The PFA issues those bonds on behalf of private companies and organizations to fund projects so risky, no other lender will touch them. The PFA is only the conduit – the middleman. It does not back the bonds in any way. The borrower is responsible for paying the bonds and the interest (and also a fee to the PFA). If and when the projects fail, the investor stands to lose everything. They take the risk because the bonds have higher projected yields than municipal bonds sold on behalf of an actual municipality.

That possibility has attracted a lot of investors in recent years. The Wall Street Journal found the PFA has doubled the amount of bonds issued from 2016 to 2018, for a total of $10.4 billion in outstanding debt.

The projects funded by these bonds are located throughout the county. The PFA says it will only consider projects that provide an economic benefit to the community and are approved by the local government. However, its list includes Planned Parenthood’s national headquarters in New York and a luxury hotel complex in Dallas. Again, these are generally risky ventures. Goodwill Industries of Southern Nevada received $22 million in muni-bonds from the PFA before filing for bankruptcy.

The state’s support of the PFA is inexplicable. Wisconsin is the only state to officially sanction a conduit bond house like this, and there is no benefit to the state or to state taxpayers to do so. It’s also curious that the votes were unanimous in the Assembly and Senate, which means something greater than partisan politics was at play.

The League of Wisconsin Municipalities (LWM) and the Wisconsin Counties Association (WCA) “sponsor” the PFA, and lobbied for its creation. It’s not clear what financial benefit they might get from that relationship.

Even though the PFA managed to stay out of the spotlight for the first few years of its existence, the legislature never completely forgot about it. Lawmakers attempted to give the PFA eminent domain authority in the 2017 budget, which Gov. Walker vetoed. Also, Rep. Scott Allen (R-Waukesha ) called for an audit of it last year. That was shot down by the audit committee chair, Rep. Samantha Kerkman (R-Salem), at the time.

Kerkman is also the Assembly Co-Chair on the Joint Audit Committee. She would have to agree to auditing the PFA before the Legislative Audit Bureau could go ahead with an audit.