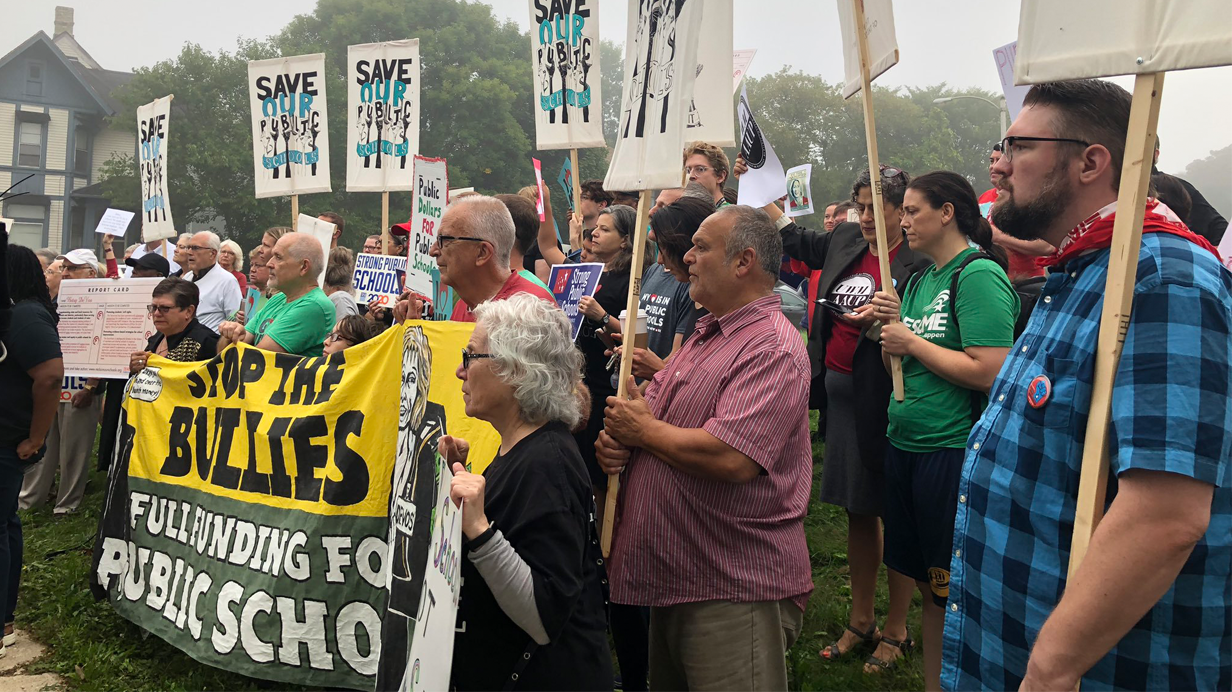 Those of us concerned that Wisconsin’s tax burden is too high are very interested in seeing how many millions of dollars the Milwaukee Public School Board will seek from taxpayers in the rumored spring referendum. According to Board members, MPS’s problems are rooted in financial woes, and the only solution is more taxpayer money, not reforms.

I don’t buy that argument, especially after elected Democrat members of the MPS Board protested outside St. Marcus Lutheran School during a recent visit by U.S. Secretary of Education Betsy DeVos.

Secretary DeVos was in Milwaukee to propose additional dollars for public schools like Milwaukee Public Schools, as well as voucher schools like St. Marcus Lutheran. Why is the teacher’s union and the MPS Board opposed to more money?

They’re opposed because the $5 billion in new educational investment would be directed by state-based not-for-profits in conjunction with students and parents, not bureaucrats.

They’re opposed because the $5 billion in new educational investment would be directed by state-based not-for-profits in conjunction with students and parents, not bureaucrats.

The U.S. Department of Education’s Education Freedom Scholarships proposal that DeVos was promoting creates a $5 billion annual federal tax credit for voluntary donations to state-based scholarship programs. Families can use those scholarship dollars in any way they see fit, including elective courses outside their own school. For example, a child that attends a Christian or Jewish high school can use a portion of their funding to attend an orchestra class at an MPS school.

Alternatively, an MPS parent could use the additional funding to seek assistance for their child in reading, or have them attend a religious class offered by the Jewish or Christian high school.

Across Wisconsin, 39.3 percent of kids are not reading at grade level and just 40.1 percent are at or above grade level in math, according to the latest standardized test data from the state Department of Public Instruction.

Although measuring educational achievement goes beyond just test scores, we need some metrics—and the metrics we do have are concerning. If a foreign nation was proven to have covertly rigged America’s education system to make it decline to where it now is, we would consider it an act of war.

We would get fired up, take action, and execute a solution.

Instead, when a new idea is proposed, whether that be an innovative new scholarship program from Secretary DeVos or the New Opportunity for Milwaukee proposed by Sen. Darling and me several years ago, we see a small percentage of people employed within those calcified systems making a lot of noise to resist change.

At every level of government, it’s time to demand change in our schools. Our children’s future, and indeed America’s future, depend on it.