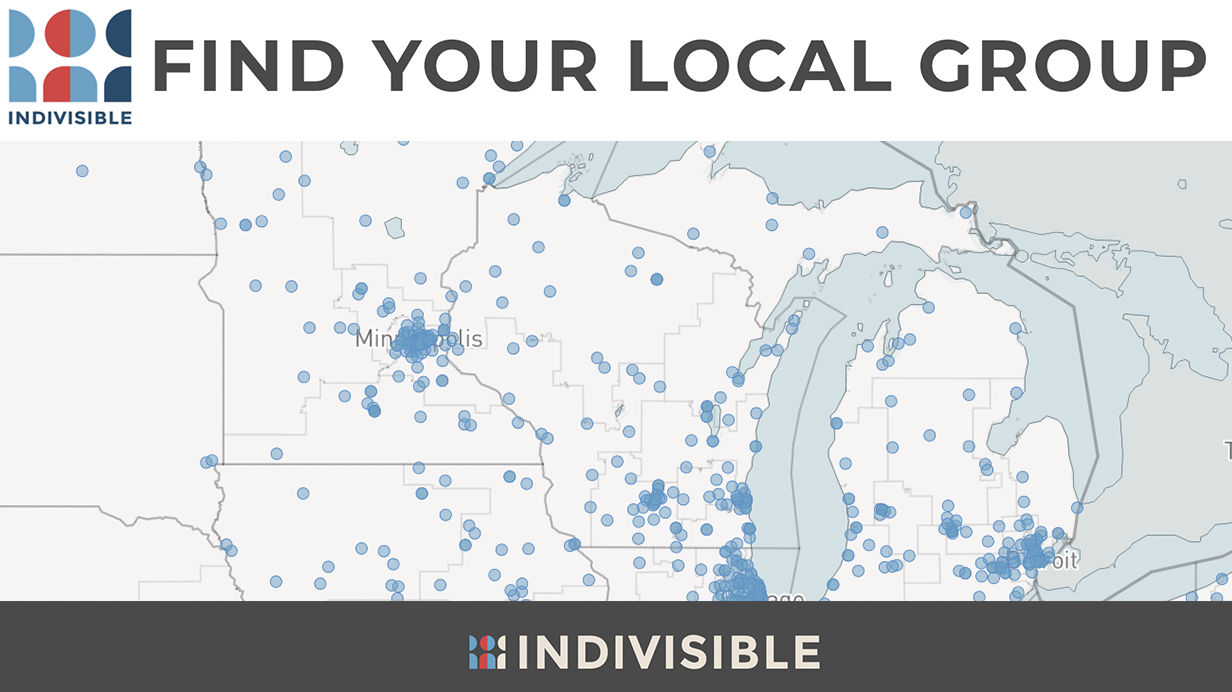 The progressive group, Indivisible, unveiled its plans for a radically transformed USA on Friday night in an email newsletter to activists across the country.

The letter explains “Step one is taking the House, Senate, and Presidency in 2020 — that’s obvious. Step two is reforming American democracy — but what does that mean?”

A Radical Transformation of America

Democratizing the Senate: Expanding the Senate by creating new states like D.C. and Puerto Rico, if their residents vote for statehood.

Democratizing the Courts: Expanding the Supreme Court and instituting reforms like term limits to depoliticize it.

Democratizing Voting: Expanding the vote to big groups of Americans, like young people, immigrants, and incarcerated or formerly-incarcerated Americans.

It’s no mystery why progressives want these “reforms.” Voters in Washington DC and Puerto Rico are overwhelmingly Democrats. If they became states, that would give Democrats 4 more seats in the US Senate. Republicans currently hold a 53-47 majority there.

Indivisible counts the Democrat Party of Wisconsin as one of its Wisconsin affiliates in its online directory.

Democratizing the House includes two separate concepts. The first part involves their rallying cry against gerrymandering. The progressive solution is to take the authority to draw voting districts away from elected officials and give it to unelected officials – a blow to voters.

The second part of “Democratizing the House” would implement “ranked-choice voting.” That allows voters to pick more than one candidate on the ballot. If no candidate gets over 50 percent of the vote after counting everyone’s first pick, everyone’s second pick get counted. This continues until one candidate gets a majority. And so, voters who support multiple candidates in effect get more votes than those who only support one candidate.

Ranked-choice voting is already in effect in Maine, where it was the deciding factor in flipping a congressional seat from Republicans to Democrats in 2018. The Republican incumbent initially got 200 more votes than his Democrat challenger, but that was only 46.3 percent of the vote in the four-candidate race. After everyone’s second choices were added up, the Democrat won by 2,900 votes. Progressives now believe they can replicate that result throughout the country if given the chance.

Progressives also believe they’ve found a way to overcome the 5-4 conservative majority on the Supreme Court. Once Democrats and Congress retake Congress (which will happen someday), many progressives believe they should add at least two judges and start packing the court with liberals. They argue the supreme court hasn’t had a liberal majority since 1969, and the court has been expanded before in US history.

They would also like to limit Supreme Court Justices to 18-year terms. That’s important to progressives because Trump’s two picks – Gorsuch and Kavanaugh – are relatively young men who could be on the court for decades. Of course, this option would require a constitutional amendment, but anything’s possible.

It should also come as no surprise that Indivisible wants to expand voting eligibility. The Pew Research Center estimates there are 10.5 million illegal immigrants in the US. There additionally about another 12 million legal immigrants in the US who are not yet citizens. Then there are about 12 million children who are 16 or 17 years old. Finally, there are 2.2 million US citizens in prison. Progressives believe all these groups would overwhelmingly vote Democrat if given the choice. That’s why they want them to be able to vote.

Finally, Indivisible thinks big media conglomerates should be broken up and the government should subsidize local media. Americans, traditionally, haven’t been comfortable with the idea of government-funded journalism because it smacks of propaganda. That must not bother the left too much these days.

Just to be clear – this vision is no shot in the dark by some kooky, fringe group. Indivisible is staffed by some of the Democrat Party’s best and brightest.

Since it was launched in 2016, Indivisible has grown to include thousands of local chapters and affiliates across the country with over a million members. Here in Wisconsin it has almost 120 groups. Indivisible counts the Democratic Party of Wisconsin as one of its Wisconsin affiliates in its online directory.

Indivisible has become an integral part of the liberal and Democrat network in Wisconsin. Its members regularly participate in rallies and protests throughout the state. Democrat lawmakers are frequent speakers at their meetings. Indivisible officers are often featured at Democrat press conferences in Madison.

As an example, the head of Indivisible Madison, Linda Kessel, lead a protest against the extraordinary session in December that featured speeches by Secretary of State Doug La Follette, Rep. Shelia Stubbs (D-Madison), and Ben Winkler – the Chair of the Democrat Party of Wisconsin.

“Action by action, day by day, group by group, Indivisibles are remaking our democracy,” according to Indivisible’s website. “They make calls. They show up. They speak with their neighbors. They organize. And through that work, they’ve built hundreds of mini-movements in support of their local values. And now, after practice, training, and repetition, they’ve built lasting power on their home turf and a massive, collective political muscle ready to be exercised each and every day in every corner of the country.”

And if Democrats succeed in taking back the Senate and presidency in 2020, they will no doubt have Indivisible to thank. Then, this group’s vision will no longer be just talk.