He shouldn’t have been able to do that, according to how most people understand the Wisconsin governor’s veto authority

Wisconsin governors can use their partial veto authority to remove items from a bill or to reduce fiscal amounts. They cannot use the veto to insert items into a bill or increase fiscal amounts. Yet, Governor Evers found a way to increase the per pupil aid funding by over $85 million. Here’s how he did it.

Step 2: Gov. Evers lowered the amount of aid in the second year. He then crossed out the language that distinguished the first and second years.

Final: The per pupil aid amount then became both numbers together.

Final Result: Together the two amounts equal $742, which is the new per pupil aid amount after the governor’s vetoes. This technique allowed him to raise per pupil aid by a total of $101 per student over the biennium higher than the legislature authorized. With approximately 865,000 students in the system, that increased spending by around $86.5 million. 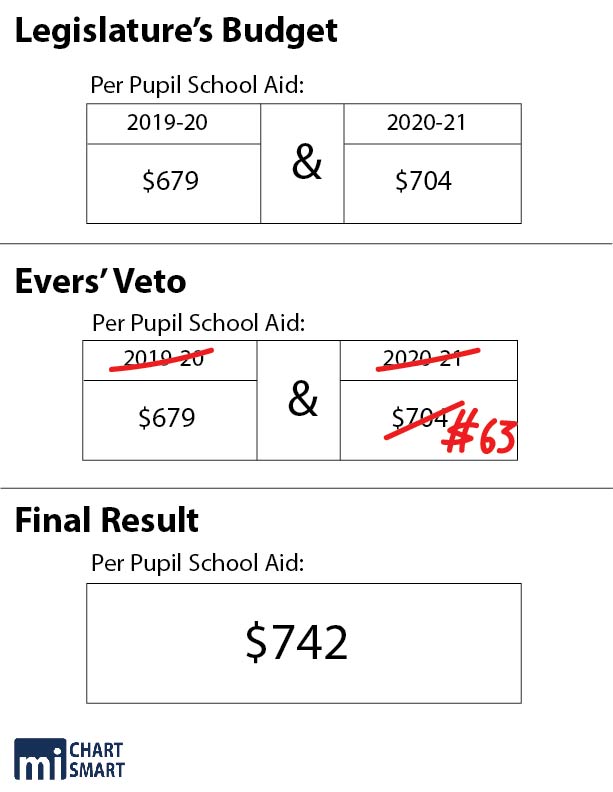