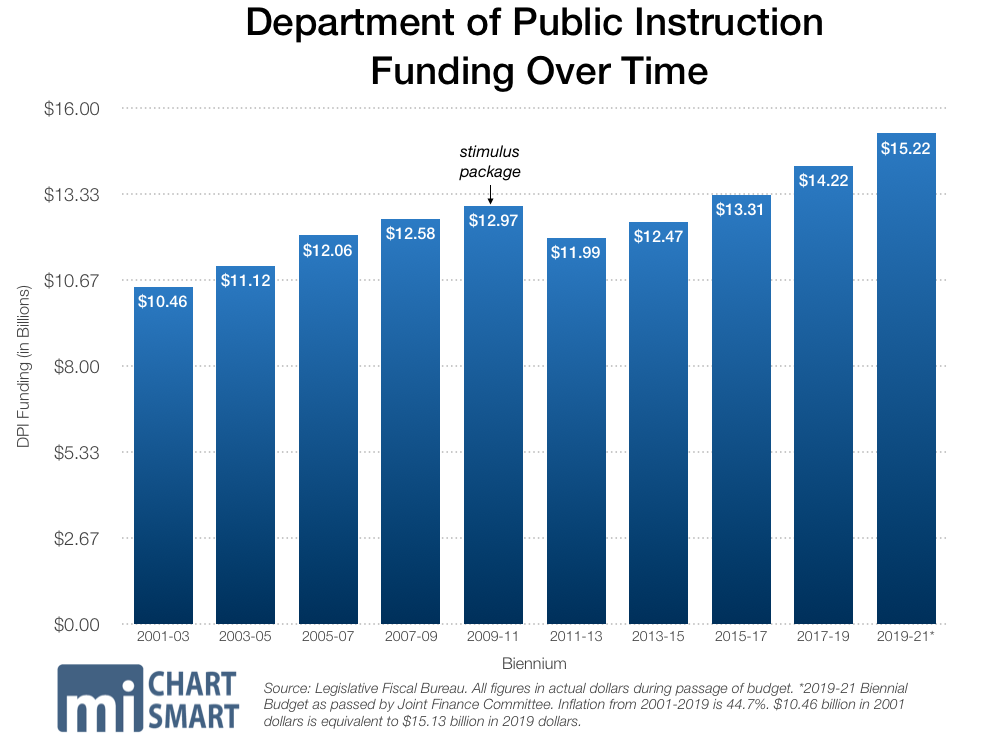 A group of protesters led by the Wisconsin Public Education Network spent the weekend marching to Madison, calling for more education funding and rallying against the Joint Finance Committee (JFC) budget package. Today, they’ll arrive at the State Capitol after a 60-mile march from Palmyra, Wisconsin.

The group has the support of DPI State Superintendent Carolyn Stafford-Taylor, but they’ve spent all weekend spreading falsehoods about the education funding package included in the JFC budget. To have a truly honest debate, let’s cover some basic facts about education finance.