Under the GOP plan, the two bottom-most tax rates will be reduced, and @GovEvers' proposed tax increases on manufacturers and retirees are gone. The plan's total tax relief amounts to more than $530M. #wibudget Click To Tweet

Republicans on the Joint Finance Committee (JFC) voted to cut taxes by more than $530 million Thursday, finishing their work on the 2019-21 budget and passing the document out of committee. The vote follows more than a month of JFC meetings on Gov. Tony Evers’ budget proposal.

In the end, the JFC budget spends at least $1.7 billion over prior levels of spending, and bonds at least $1.88 billion more. Evers had proposed a budget totaling $84.2 billion for the biennium. That amounted to an actual dollar spending increase of $7 billion over the last budget, with more than $1.3 billion in tax, fee, and revenue increases to partially pay for the plan.

Under the Republican package, the average tax filer will see more than $200 in tax relief in the next two years, with the bulk of the tax relief coming through income tax rate reductions. The second income tax bracket, currently at 5.84 percent, will fall to 4.93 percent in 2020. The bottom-most bracket will fall from 4.0 percent to 3.76 percent in 2020.

Currently, filers earning less than $11,230 pay a 4 percent income tax rate, one of the highest bottom-most income tax rates in the country. The next bracket applies to income up to $22,470, under current law.

Manufacturers would have seen the Manufacturing and Agriculture Tax Credit limited under Evers’ budget, raising taxes by $517 million. A long-term capital gains exclusion would have been eliminated, raising taxes on retirees by $505 million.

As the committee finished its work, members on both sides of the aisle rehashed arguments for the budget as a whole. Most Democrats focused on the removal of Medicaid expansion from the budget, achieved in the first JFC session last month.

“You pull that Medicaid expansion string, the entire budget comes apart,” Sen. Jon Erpenbach (D-Middleton) said. “And it did. Gov. Evers’ budget started and ended with Medicaid. His budget ended the day Republicans took that expansion out.”

For her part, JFC co-chair Sen. Alberta Darling (R-River Hills) focused on one major question: “Are we better off right now than we were eight years ago? And the answer is a definite yes. We are better off,” Darling said. “The director of the Fiscal Bureau has said that we are getting almost $753 million more than we estimated. It shows our economy is doing well, and our tax cuts are working.”

In his closing comments, Nygren focused on the differences between the JFC budget and Evers’ proposal, asking where the governor’s budget would have taken the state.

Sen. Erpenbach continues to insist the GOP is cutting education, healthcare, and more. This chart shows a clear climb in funding for K-12 over the past several budgets. #wibudget #wiright pic.twitter.com/B7UUdOG2la

He also acknowledged that Republicans picked up many of Evers’ proposals, spending beyond Evers’ funding levels at times.

“We probably spent more than we would have liked,” Nygren said. “That’s part of the compromise of legislating in split government.”

"Most of [the 82,000] people don't have access to healthcare," Taylor repeats yet again.

But even Gov. Evers has proposed a plan to help connect those people with low-cost ACA plans. So, yes, they do. https://t.co/UiHtR9LWHc

Nygren also noted that property taxes under Evers’ budget would increase by 3.6 percent, the largest in a decade. One provision in the Republican tax package establishes $59 million in property tax relief through the lottery tax credit. Speaking to the media before the voting session, Republican legislative leaders said they wanted to make sure property tax levels for the median home would be lower than in Evers’ package.

Some tax increases were included in the package, including an excise tax of 5 cents per milliliter on vapor products used for e-cigarettes. Evers had proposed extending cigarette taxes to vaping products, which would have raised $36.4 million. Instead, Republicans raised $5.5 million in taxes on the increasingly popular products.

Now, the question is whether the tax cuts will be enough to sway fiscal hawks in the Senate to vote for the budget as a whole. In the last month, JFC agreed to spend $500 million more on K-12 education, $484 million more on transportation (all funds), and $588 million more on health services in General Purpose Revenue (GPR). They also approved borrowing $1.88 billion for building projects across the state.

After JFC passed a transportation plan that more than doubled title fees, fiscal conservatives raised concerns that the spending increases didn’t come with nearly enough reforms to justify sending the troubled department more money. For that reason, while JFC deliberated on Thursday, the Assembly Committee on Transportation met in another part of the Capitol to pass a package of transportation reform bills. The committee passed four of six reform measures along party-lines. A bill that would require referenda for cities proposing new or expanded wheel taxes was removed from the agenda, likely to be brought back at a later date. The package is likely to be crucial to the Legislature passing the budget as a whole. 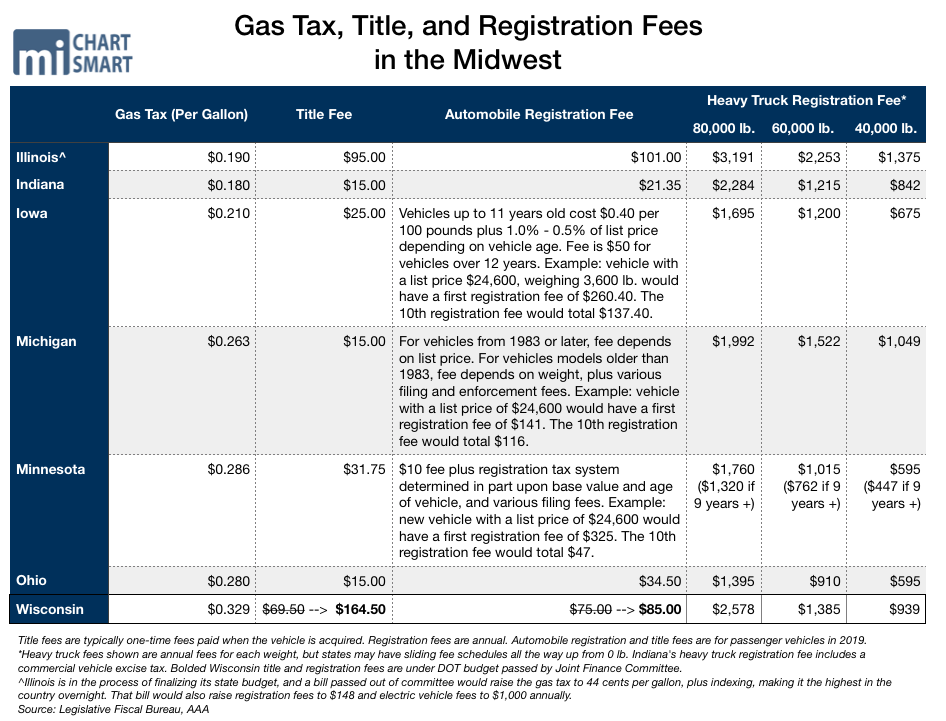 The Assembly and the Senate are expected to take up the budget in its entirety during the last week in June.

In the coming weeks, the MacIver Institute will publish a comprehensive analysis of the JFC budget. Follow us @MacIverWisc and @NewsMacIver for updates.